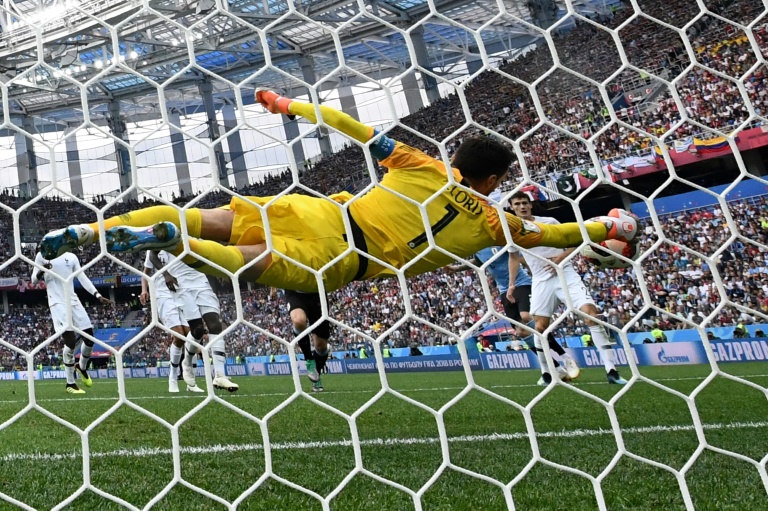 RUSSIA, Feb 5: Many thought the football craze in Russia would not last and the shiny new stadiums built for the World Cup would rapidly become "white elephants" the country could not afford.

But in the six months since the hosting of the month-long football extravaganza some of the stadiums have attracted big crowds and attendance rates have gone through the roof.

Russia spent over $10 billion on stadiums and infrastructure for the World Cup. Each of the 11 host cities either got a brand new arena or had an existing one refurbished.

Of the seven brand new stadiums built for the tournament, three are located in Volgograd, Nizhny Novgorod and Saransk.

The three second-division clubs in these cities had record attendances in the 2018-2019 season.

Volgograd averaged more than 22,000 spectators per home game since the beginning of the season, according to statistics. Nizhny Novgorod averaged just under 20,000 spectators, while nearly 15,000 watched games in Saransk in central Russia.

Russian Premier League crowds have also been boosted. By the start of a winter break in December, average attendance in the top flight has grown by roughly 30 percent to 17,000 spectators per match compared to previous years.

In late August, a whopping 31,000 people gathered at Nizhny Novgorod's 45,000-seat stadium located at the confluence of the Volga and Oka rivers to watch FC Avangard Kursk beat the city's local team 1-0.

"Thank God football on the whole and players in particular have become very popular in Nizhny," said Alexei Rokotov, a sports journalist in the city of 1.2 million people.

He said residents -- and not just fans of the local team -- liked to spend their time at the stadium, comparing such outings to a visit to the movies.

"People just come to watch football, to look at the stadium, it's not far from the centre," he said.

Many had criticised the Sochi 2014 Winter Olympic Games for their exorbitant costs, and one of the government's top concerns was to avoid the World Cup stadiums going to waste after the showpiece was over.

The sports-mad Russian leader banned local authorities from allowing the stadiums to be turned into outdoor markets like in the 1990s.

The authorities are pulling out all the stops to support football clubs in the cities where the new stadiums were built.

"In Russia, football is very politicised," said Kirill Kulakov, chief of the Moscow-based RMA Business School and head of its department of sport management.

In Nizhny Novgorod, authorities saved a local club from bankruptcy in the hope it would eventually join the top flight.

The region promised tax cuts to companies supporting the club.

Russia even moved Saint Petersburg-based Dynamo -- which had long languished in the shadow of Zenit Saint Petersburg -- to the Black Sea resort of Sochi to occupy the Fisht Olympic Stadium there.

It will play in the Russian second tier under a new name -- FC Sochi.

But filling Sochi's 47,000-seat stadium -- which was built to host the 2014 Winter Olympics opening and closing ceremonies and hosted World Cup games including Russia's quarter-final exit on penalties to Croatia -- has not been easy. Crowds rarely exceed a few thousand spectators.

With Russia's economy hampered by relatively low oil prices and Western sanctions, maintenance of the new arenas is expected to be problematic.

Kulakov said: "The stadiums are supposed to be handed to local authorities and then privatised if there's a request for it from local clubs."

Currently the property of the federal government, the arenas are expected to become responsibility of regional authorities from June, 2019.

Some regions -- like the Russian exclave of Kaliningrad whose venue is rarely filled -- are expected to struggle.

"Some of the stadiums were built where there are no representatives of the Premier League and I know that additional work is ongoing because they were built in a rush," Kulakov said.

"People did not think what would happen after the World Cup."

Russia all set for new chapter in football history

REPUBLICA, July 9: The 2018 FIFA World Cup has set yet another chapter in the football history with the teams who... Read More...