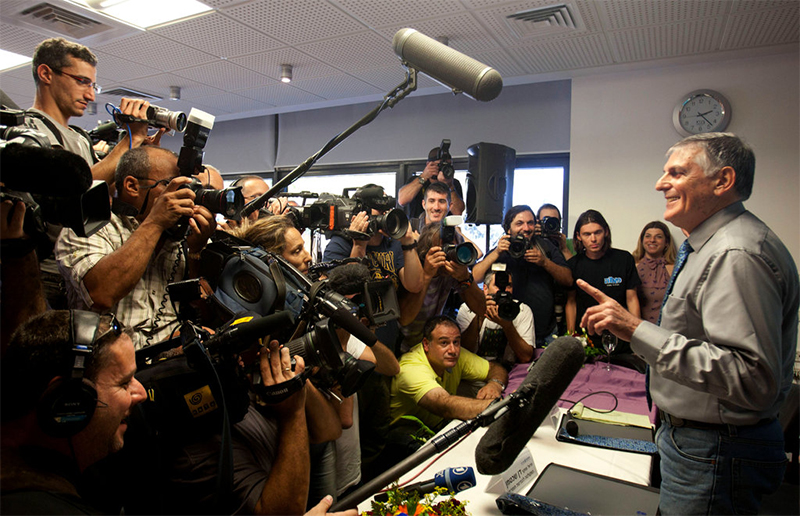 KATHMANDU, Sept 18: Nobel-Prize winning scientist Dan Shechtman arrived in Kathmandu on Sunday in order to participate in the International Science Conference which began in Dhulikhel from Sunday.

An Associate of the US Department of Energy's Ames Laboratory, Shectman was awarded the Nobel Prize in 2011 for his discovery of Quasicrystal.

A quasicrystal  is a locally regular aggregation of molecules resembling a crystal in certain properties (such as that of diffraction) but not having a consistent spatial periodicity like a crystal.

Shectman, who arrived in Kathmandu at 6:30 in the morning inaugurated the Science jamboree at 4 in the afternoon. He is keenly interested in Politics and had ran for the post of Israel's president in 2014.

During his stay in Kathmandu, Shectman is scheduled to deliver two speeches – one at Solatee Hotel on Monday and the other at the Tribhuvan University auditorium on  Wednesday.

According to Dr. Hemraj Sharma, coordinator of the conference, nearly 150 scientists from across 40 countries are participating in the event. Scientists from Nepal's Tribhuvan, UK's Liverpool, and Japan's Tohoku Universities have come together to organize this international conference.

The conference will conclude on September 23.

20 ministers lose their jobs, Oli-led Cabinet now has only five members
20 hours ago

Three killed as landslide damages a house
1 hour ago