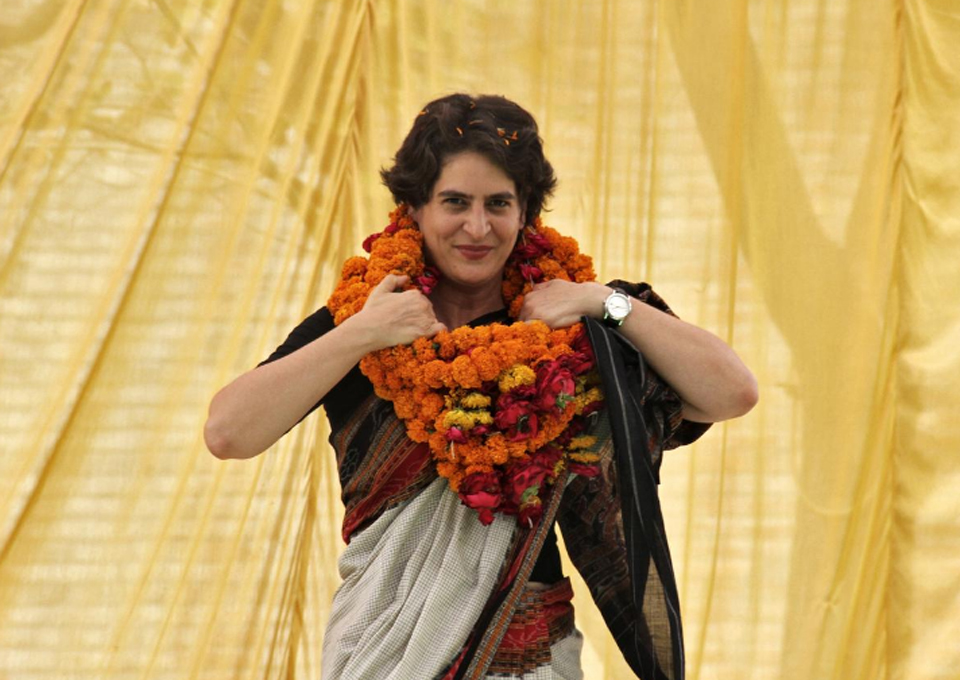 NEW DELHI, Jan 2: Three powerful women politicians, each from a very different section of Indian society, may pose a big threat to the chances of Prime Minister Narendra Modi winning a second term in a general election due by May.

Priyanka Gandhi Vadra, part of the Nehru-Gandhi dynasty that has ruled India for much of the time since its independence from the British in 1947, joined the struggle in January, when the opposition Congress party made her its face in the nation’s most populous state, Uttar Pradesh.

Two other senior female politicians - the firebrand chief minister of West Bengal state, Mamata Banerjee, and Mayawati, a former Uttar Pradesh chief minister - are also plotting to unseat Modi’s ruling National Democratic Alliance (NDA) coalition by forming big opposition groupings, though there is no firm agreement between them as yet.

“The opposition has more powerful women leaders than the NDA, and therefore they will be able to carry conviction with voters generally, and with women voters, in particular,” said Yashwant Sinha, 81, a former finance minister who quit Modi’s Hindu nationalist Bharatiya Janata Party (BJP), which dominates the NDA, last year.

“They should be very worried, especially after the defeat in the three major Hindi heartland states,” he said, referring to BJP’s losses in recent state elections.

The entry of Priyanka - she is usually referred to by just her first name - into the political fray drew a gushing reaction from much of the Indian media.

There were pictures of elated supporters dancing, a lot of talk of the 47-year-old’s resemblance to her grandmother, former Prime Minister Indira Gandhi, and comments about her gifts as a speaker able to connect with voters. That contrasts with her brother, Congress leader Rahul Gandhi, who in the past has been criticized for lacking the common touch.

The other two women seen threatening Modi’s grip on power have a lot more experience than Priyanka, and both could be seen as potential prime ministerial candidates in a coalition government.

Mayawati, a 63-year-old former teacher who goes by just the one name, last month formed an alliance between her Bahujan Samaj Party (BSP) – which mainly represents Hinduism’s lowest caste, the Dalits - and its once bitter foes, the Samajwadi Party that tends to draw support from other lower castes and Muslims.

Then there is 64-year-old Banerjee, who has twice been railways minister in federal governments. Last month, Banerjee – who built her All India Trinamool Congress (AITC) party after leaving Congress in 1997 - organized an anti-BJP rally in Kolkata that attracted hundreds of thousands.

Party colleagues of the three women leaders said they were not available for comment.

To be sure, Modi remains, for now, the most popular leader in the country, opinion polls show.

Modi also cannot be accused of ignoring women’s issues during his first term. He has launched a government campaign - Beti Bachao, Beti Padhao, or “Save the Daughter, Educate the Daughter” - and called for the eradication of female foeticide. His campaigns to provide toilets and subsidized gas cylinders for poorer Indians are often promoted as ways to empower women.

He has six women in his 26-strong cabinet, though a lot of power is centralized with Modi and a couple of senior male lieutenants.

The BJP said it would seek votes on the basis of achievements under Modi and the opposition did not have a “positive alternative to the government, and its activities”.

Congress has said it wants to form a post-poll partnership with Mayawati’s BSP and SP alliance, though it will be fighting against it in 78 seats. The alliance will not contest two Gandhi strongholds won multiple times by Rahul and his mother Sonia.

Mayawati told a press conference announcing the alliance with the SP that Congress was not part of it because they did not think “there would be much benefit in having them with us before the election”.

The BSP, however, backs Congress-led governments in the northern states of Madhya Pradesh and Rajasthan.

There is no formal alliance between Banerjee and Congress, though she does know Rahul and Priyanka.

Dinesh Trivedi, a former federal minister and a close aide to Banerjee, said she enjoys a good personal relationship with Sonia Gandhi, the matriarch of the dynasty and a former Congress president, and so working with her two children would not be a problem.

“In terms of experience, Mamata Banerjee is far ahead,” Trivedi said. “I wouldn’t be surprised if Rahul Gandhi or Priyanka Gandhi would look at Mamata Banerjee as somebody who could really inspire them.”

The strength of Priyanka, Mayawati and Banerjee as a potential opposition alliance is that they can appeal to different parts of the electorate.

Two Congress sources said the formal entry into politics of Priyanka could help rejuvenate the party in Uttar Pradesh, where it is a marginal player. Coming from what is India’s first family, they said she could appeal to upper caste voters in the state who typically vote for the pro-business BJP.

A Congress leader close to the Gandhis said she would attract women, young people, and floating voters.

Priyanka is far from a political neophyte, having supported her brother and mother during previous election campaigns. She has also experienced political and personal tragedy, as Rahul Gandhi stressed in a speech last week.

“You have to understand my relationship with my sister – we have been through a hell of a lot together,” he said.

“She has managed a party from scratch to this level. The important fact is that she has organized large numbers, both men and women, Dalits, other backward castes, the poor, minorities,” Bhadoria said. “I don’t fit them in the straightjacket of male-female. I think she’s a national leader.”

She is regarded as ambitious. A U.S. diplomatic cable in 2008, among many thousands leaked by Wikileaks two years later, described her as “first-rate egomaniac” who “is obsessed with becoming prime minister”.

But Mayawati has also been credited with empowering oppressed lower caste Hindus.

Banerjee, who defeated a 34-year-old communist government in West Bengal in an election in 2011, is known for her streetwise political skills and portrays herself as a secular leader in a country polarized under the BJP.

While China braces up for another Long March, with reelection of Narendra Modi, ‘strategic autonomy’ of India tilts in... Read More...