During the meeting with the Nepali envoy in Washington DC, the US officials asked if the statement issued by Chairman Dahal reflected the government's official position.

Chairman Dahal's statement on the Venezuela crisis came at a time when the US Ambassador to Nepal Randy Berry was in Washington to consult with the State Department officials to see the prospects of high level visits from the US to Nepal. 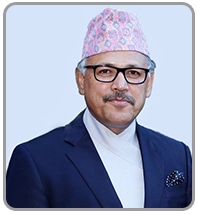 According to sources, the ambassador's meeting with the US officials prompted the Ministry of Foreign Affairs to issue the statement.

Surprised by the strong-worded statement issued by Chairman Dahal, the US officials immediately called ambassador Karki to the State Department. Dahal's statement had earlier said that US recognition to opposition leader was “an unacceptable intrusion in internal affairs and an attempt of imperialist coup”.

In its statement on Jan 29, the MOFA said that it had been closely following the recent political developments in the Bolivarian Republic of Venezuela.

"In line with its principled position, Nepal believes that internal political problems of a country need to be resolved within its constitutional parameters in a democratic manner, free from external interferences. The people of Venezuela have the ultimate authority to take a decision on the country’s political and constitutional course. We stand for peace, stability and unity of Venezuela and call for resolution of differences through peaceful means," the MoFA had stated.

Even as the government's official statement on the ongoing political crisis in Venezuela tried to distance itself from the ruling party chairman Dahal's statement criticizing US and its allies, this has failed to impress the US officials in Kathmandu.

Diplomatic sources said US officials have taken the statement issued by MoFA on the Venezuelan crisis as not essentially different in its content as compared to Dahal's previous statement, although “the language has been improved with fine editing.”

The US officials in Kathmandu have described the MOFA statement as continuation of Dahal's earlier statement. “The statement fails to clear any air of confusions. Although the language has been changed, this contains no different intention,” added the sources.