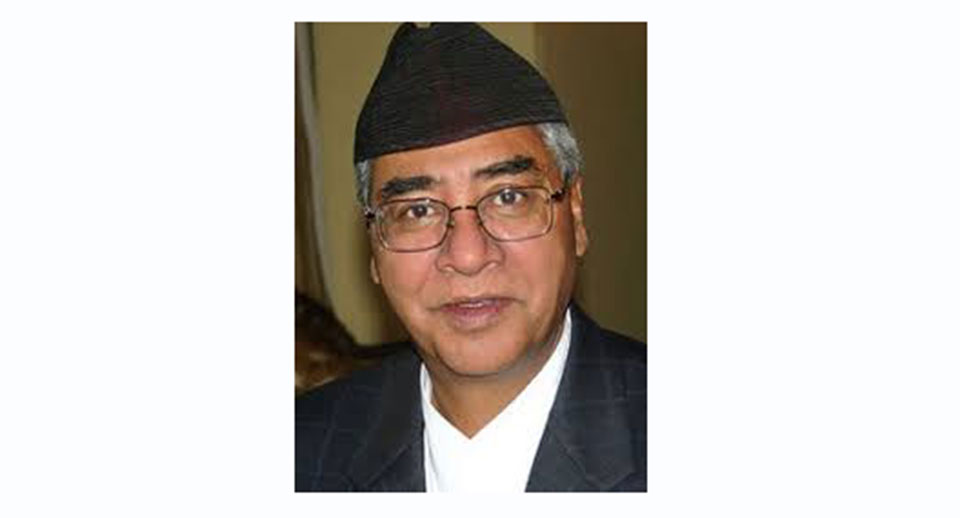 SINDHULI, Jan 27: President of the main opposition party Nepali Congress Sher Bahadur Deuba on Saturday claimed that the recent actions of the K P Sharma Oli government are against the spirit of democracy. He said what transpired in the House of Representatives on Friday indicated the leftist government’s inclining towards authoritarianism.

Addressing a function in Sindhuli on Saturday for unveiling the statue of the late NC leader Baburam Baral, former prime minister Deuba claimed that the government acted against parliamentary ethics. He also said that the demands of Dr Govinda KC, who is currently on the 18th day of his 16th hunger strike, are all just.

“The Oli government has chosen the path of violence,” Deuba said, “The demands of Dr KC are just.” Stating that the government has suppressed the spirit of democracy, he said it showed its authoritarian character by passing the Medical Education Bill through force.

Claiming that the government itself was trying to save the culprits behind murders and rapes, Deuba lambasted the Oli government’s failure to nab the guilty in the Nirmala rape-and-murder case.  He further said that violence has increased all across the country since the formation of the current government.

NC President Deuba warned that his party was now ready to hit the streets to protest against the actions of the government. “NC is against the forced passage of the Medical Education Bill,” he said adding, “If the hospitals named after NC leaders Sushil  and Girija Prasad Koirala are scrapped, the NC will disrupt the House of Representatives session.”

He claimed that history shows the key role the NC has played in bringing change in the country.