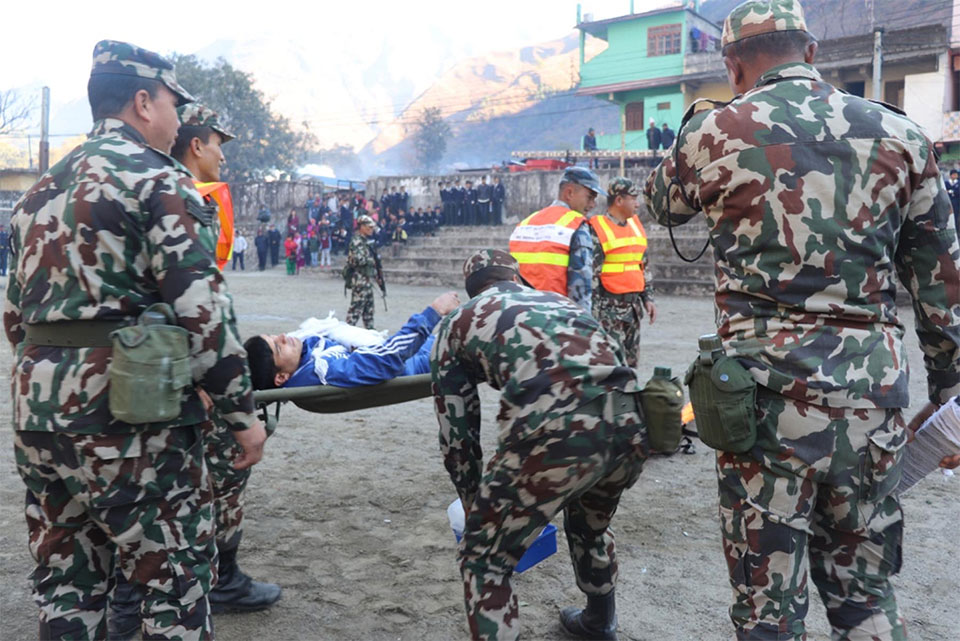 BHADRAPUR, Jan 16: A morning rally was organized from Lekhnath Chowk at Chandragadhi of Jhapa district to mark the 21st National Earthquake Day that falls today.

The rally organized by the National Earthquake Safety Day Organizing Committee Jhapa converted into an interaction program after reaching the hall of District Coordination Committee, Jhapa.

Participants included the chief of the government offices, staffers and Deputy Mayor of Bhadrapur Municipality and the locals who were carrying placards displaying slogans as “Let’s mitigate the risks of earthquake”, “The earthquake may damage houses but let’s save our lives” and “Lets develop technology that is convenient,” among others.

On the occasion, Nepal Red Cross Society Jhapa President Lokraj Dhakal presented a working paper on the loss of lives and properties in Nepal from 1990 BS to 2072 BS.

Similarly, in the program that was chaired by member of Provincial Assembly Purna Singh Rajbanshi, chief engineer at the Urban Development and Building Construction Project in Jhapa, Bidur Khadka shed light on the threat posed by the weak building.

He also urged people to comply with the building code and criteria determined by the government while constructing houses to reduce the damages occurred in the quake.