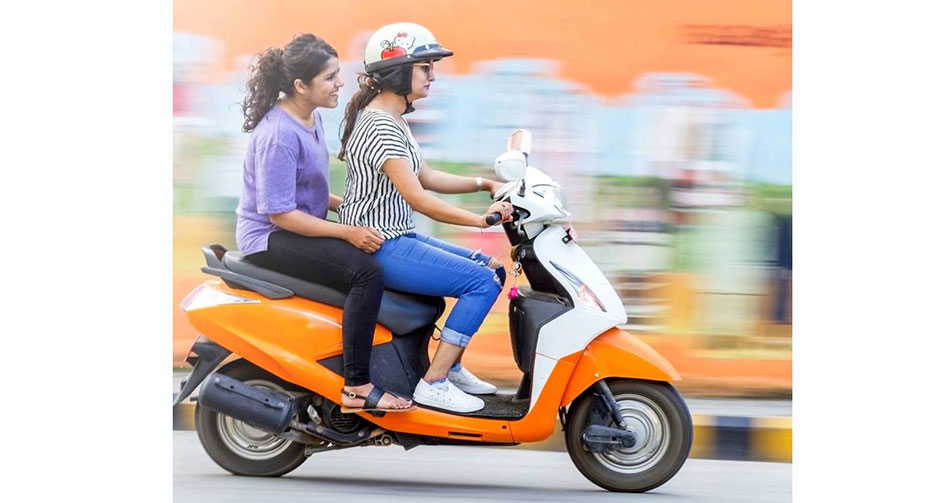 KATHMANDU, Jan 16: After receiving a suggestion from the Department of Transport Management (DoTM), the Metropolitan Traffic Police Office (MTPO) from Saturday evening started taking action against the two-wheeler ridesharing services terming them ‘illegal’ and ‘unsafe’. The general public has taken to social media to pour their dissatisfaction and frustration over the action taken by the MTPO on the widely used two-wheeler ridesharing services Tootle and Pathao.

Former Prime Minister Baburam Bhattarai took to Twitter to express his frustration over the government’s taking such action against companies working for the welfare of the general public. He tweeted on Monday, “The government has not been able to do anything about the corruption of billions of rupees, but it is taking action against the companies which have been providing employment opportunities to the unemployed and needy youths as well as bring relief to the commuters.” He called for an amendment to the law to address the problem.

Similarly, former co-convener of Bibeksheel Sajha Party, Ujwal Thapa claimed that companies as such should be rewarded instead of being punished. “How will the country drive toward prosperity if the torchbearer companies such as Tootle and Pathao are stopped instead of being rewarded?” he asked on Twitter.

Furthermore, a frustrated Twitter user Santosh Gurung claimed that the issue about the action against the ridesharing companies is a display of poor mentality of the policy makers. He tweeted, “Instead of banning, these services should be managed and implemented well. The public is genuinely using these services without hesitation.” He also vented his ire on the unavailability of any other option since the taxis usually cheat the commuters.

Another netizen Jyoti Koirala compared the problem with the trend of politicians using governmental vehicles for personal use. She questioned on Facebook, “If politicians in Nepal can use the White Plate Vehicle for carrying vegetables, rice and their kids, then why can’t the private vehicles do the same?”

Similarly, Shiwani Neupane wrote on Twitter, “Instead of banning tootle, Govt. should create provisions that protect and encourage innovation. Give tax breaks for a certain number of years and draft legislation that supports new ideas. They should create physical innovation spaces and provide mentorship and funds.”

Three arrested in illegal possession of drugs from Ktm Valley