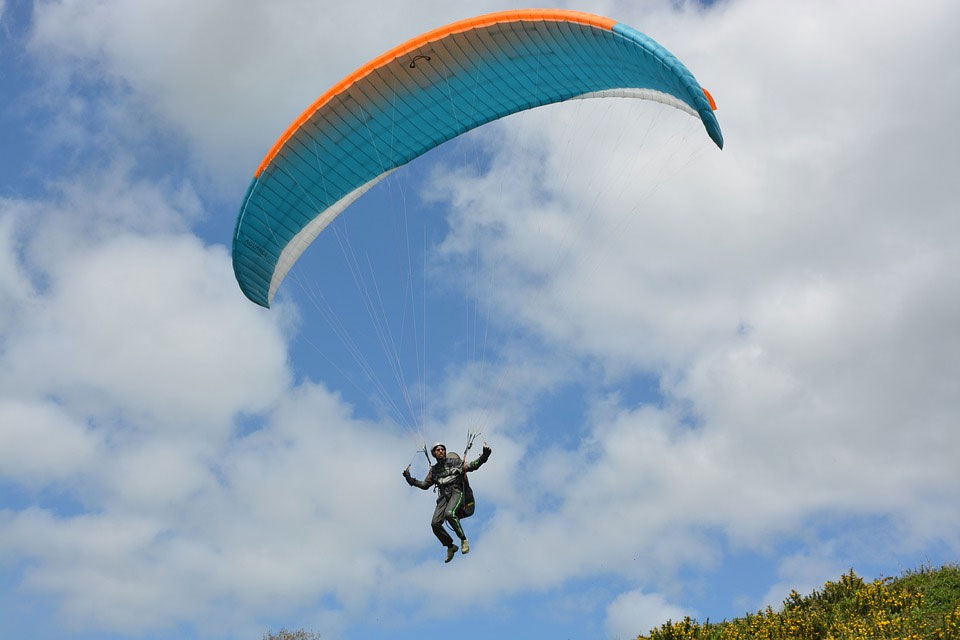 PALPA, Jan 15: Paragliding has been successfully undertaken at Rampur of Palpa district. Its successful test was done on Monday at Rampur Municipality-7, Bahundanda which has abundant opportunity for paragliding.

Some 16 paragliding flights took off from Rampur Municipality-7, Bahundanda and Losdi of Purbakhola Rural Municipality-1, Siluwa.

The first paragliding initiated from Bahundanda was landed at Kisanbari sports ground.
Test operation of paragliding was carried out under the leadership of Sanubabu Sunuwar – who was successful in keeping his name in Guinness book.

“Rampur has immense potentials for paragliding”, he said, adding that he chose Bahundanda and Siluwa for paragliding in course of exploring proper sites for this.

Sunuwar has so far successfully undertaken paragliding in 26 districts. “One can reach to the close vicinity Terai and lap of mountain through paragliding”, he shared.

Rampur folks are euphoric with the successful operation of paragliding. They are optimistic that the new undertaking would bring development ---

I will not join hands with private companies to weaken NAC: Minister Ale
16 hours ago

CJ Rana should step down to prevent further loss of judiciary’s credibility: Bhimarjun Acharya
17 hours ago