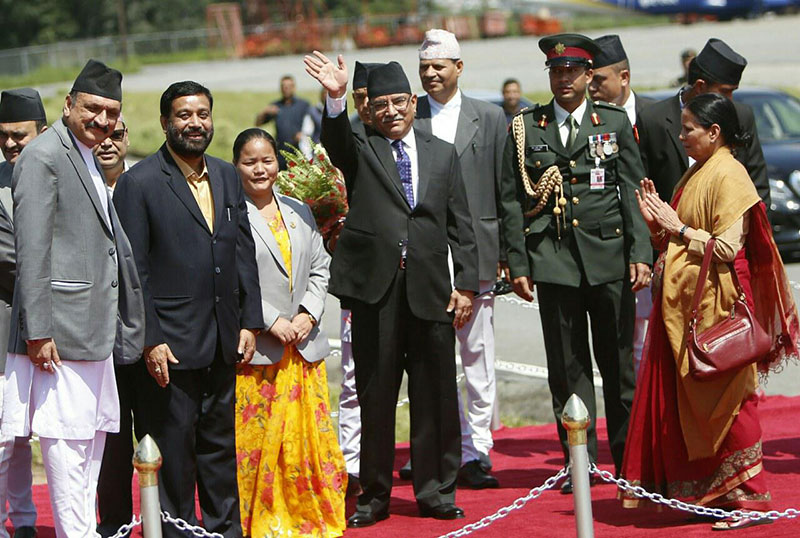 Prime Minister Dahal left for New Delhi on flight number 205 of Nepal Airlines Corporation. A squad of Nepal Army fired salvo while seeing him off at the Tribhuvan International Airport.

According to the Ministry of Foreign Affairs, Dahal will attend a dinner party hosted by Nepali Embassy in New Delhi today evening.