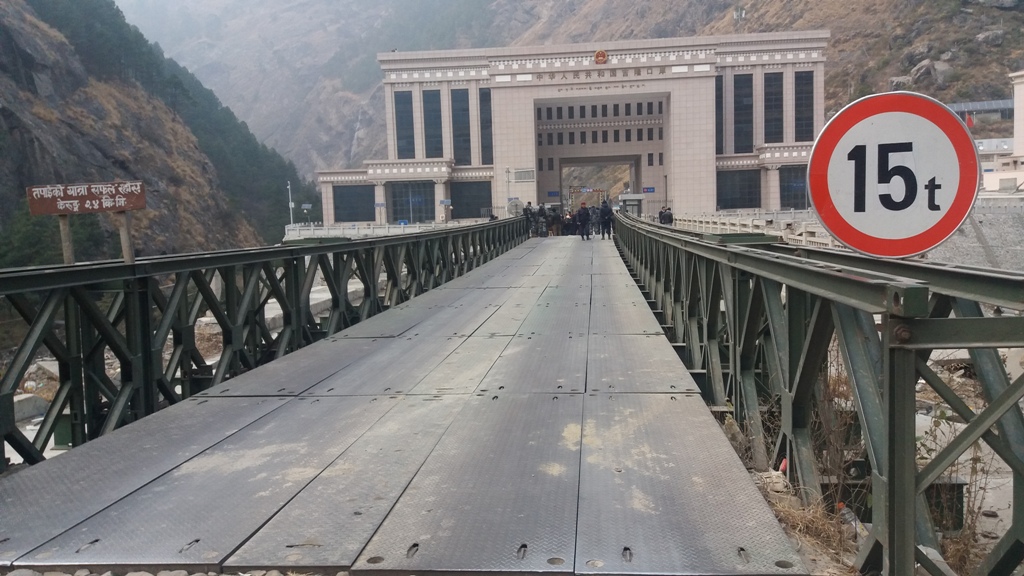 RASUWA, Jan 9: The Chinese side agreed to provide a 15-day temporary pass to Nepali drivers with valid passports to enter to Kerung, a bordering town with China's Tibetan Autonomous Region, to help facilitate smooth trade between the two countries.

During the border security meeting held at Rasuwagadhi on Tuesday, the Chinese side agreed for such an arrangement at the request of the Nepalese side, according to officials who attended the meeting.

The fresh arrangement is expected to help facilitate smooth trade between the two countries. According to the agreement reached between the two sides, the Chinese immigration at the Rasuwagadhi border point will allow Nepali container drivers from other parts of the country along with drivers from Rasuwa district to enter to Kerung.

Chief District Office of Rasuwa Krishna Poudel told Republica Online that the Chinese immigration will allow Nepali container drivers with valid passports from other parts of the country along with drivers from Rasuwa district to enter to Kerung as per the recommendation of Nepal's immigration office in Rasuwagadhi.

The pass is a privilege exclusive to the residents of the district that shares border with China. According to the Department of Immigration’s office at Rasuwa, the number of Rasuwa residents to acquire the pass to go to Kerung is rising.

The opening of the Rasuwagadhi-Kerung custom point has not only increased the volume of trade between China and Nepal, but also opened up employment opportunities both at Rasuwa and across the border. After getting the pass that allows them to travel to Kerung, Nepali citizens have been finding work at hotels, dance bars, and transport and construction companies. Following the opening of the Rasugadhi border point, the number of traders, entrepreneurs and drivers to visit Kerung has gone up, according to immigration officials.

The one-year pass for Rasuwa residents has also helped create job opportunities in the transportation sector. To reap the benefit of the pass, some have even bought their own containers for import and export of goods. The Rasuwagadhi-Kerung border point came into operation in November, 2014.

The Chinese government declared Kerung-Rasuwagadhi as an international border point in August 2017. Most of those who are working in hotel and dance bars of Kerung are in the age group 14 to 25.

Officials at immigration office and District Administration Office, Rasuwa, say that they have become vigilant over the issuance of the card after there were reports that some were faking their age to get citizenship certificates to acquire the pass. Those working in hotels are earning up to Rs 35,000 a month in Kerung.