What’s the truth? Five conspiracy theories that will leave you baffled 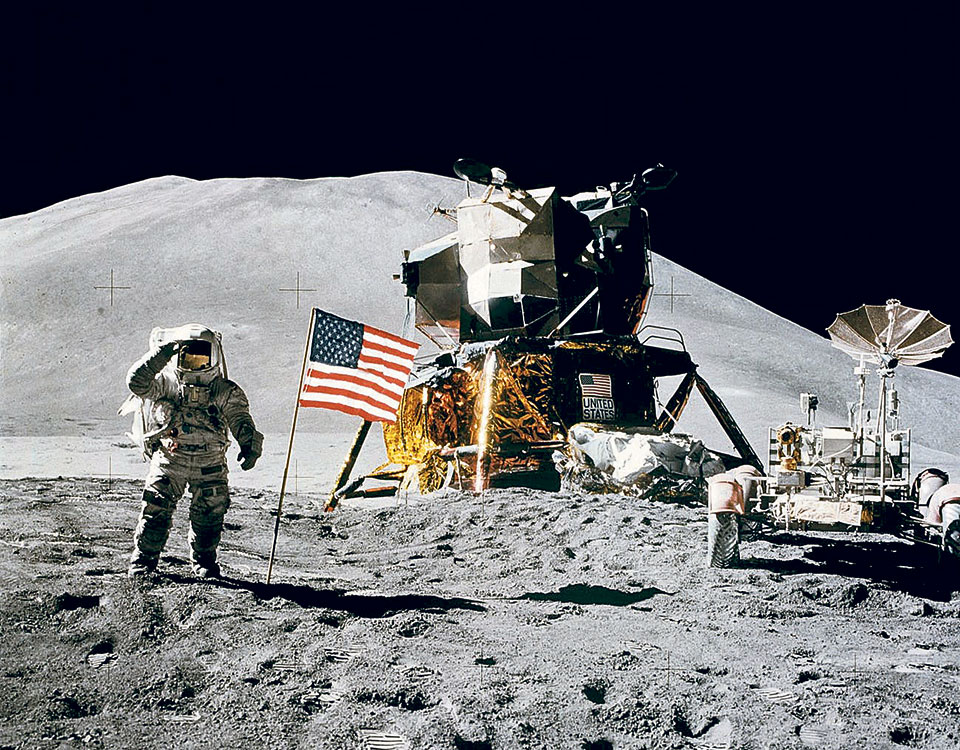 Google defines conspiracy theory as “a belief that some covert but influential organization is responsible for an unexplained event”. The so-called “conspiracy theorists” have come up with several theories regarding famous events, celebrities, war etc. While they may most probably not be true (who knows), it’s always interesting to know what twisted notions people have about things that happen across the globe.

Here are five such theories that are worth sharing.

The moon landing was faked
It was a revolutionary moment when astronauts Neil Armstrong and Buzz Aldrin stepped foot on the moon. Or did they? Theorists believe that this was all a hoax by the US government who wanted to out shadow the Russians after they had sent Yuri Gagarin to space. Allegedly, they acted out the landing on a film set located either in Hollywood or Area 51.

Also, the image of the moon landing shows the US flag flapping and considering how moon has no atmosphere, it’s not possible for the flag to be in motion. The photos were shared by NASA and no other independent companies were there to verify the authenticity of the moon landing. Similarly, Stanley Kubrick is believed to have played a part directing the clips, given that his 1968 film 2001: A Space Odyssey proves that the technology existed back then to artificially create a space-like set.

The real Paul McCartney has already died
This is quite a shocker. Many conspiracy theorists believe The Beatles’ vocalist and legend Sir Paul Mccartney died sometime in the 1960s – 1966 to be exact. Theorists claim the other Beatles covered up his death. They hired someone who looked like him, sang like him, and had the same jovial personality. But the guilt eventually got to them and they began hiding clues in their music.

For instance, they believe that in the song “Taxman” written by George Harrison, the line “advice for those who die,” was meant for Paul. The entire Sgt. Pepper’s Lonely Hearts Club Band album is apparently awash with Paul-is-dead clues: The Beatles had formed a “new” band featuring a fictional member named Billy Shears which is supposedly the name of Paul’s replacement. The album contained John Lennon’s “A Day in the Life,” that had the lyrics “He blew his mind out in a car” and the recorded phrase “Paul is dead, miss him, miss him,” that becomes evident only when the song is played backwards (to confirm this, you have to hear it for yourself). Also, allegedly, Lennon also mumbled, “I buried Paul” at the end of “Strawberry Fields Forever” (in interviews, Lennon said the phrase was actually “cranberry sauce” and denied the existence of any backward messages). So, the present McCartney real or an imposter? We may never know.

Malala Yousafzai is a western spy
This one gets pretty dark. Conspiracy theories concerning Malala Yousafzai are widespread in Pakistan, elements of which originate from a 2013 satirical piece in Dawn that is Pakistan’s oldest and most widely read English language newspaper. These theories allege that she is a Western spy, or that her attempted murder by the Taliban in 2012 was a secret operation to further discredit the Taliban, and was organized by her father and the CIA.

This seems like a pretty far-fetched case, considering how she sustained bullet injuries to her head and it’s going a little too far to discredit an already discredited organization that is the Taliban. And the Taliban operative who tried to kill her was actually an Italian who looks a lot like Robert De Niro in Taxi Driver (which was many years ago and sadly De Niro has aged). The piece was obviously a satire (at one point the author “interviews” a guy who will only speak to them with a Spiderman mask on) but some people fell for it nonetheless. In Pakistan, people have dual opinions regarding Malala, not necessarily because of her actions but because of Pakistan’s cultural norms and the general distrust of the West. Also, may be they were just envious of the fact that she got the Nobel prize.

The Illuminati control the world
This is the most classic conspiracy theory there is. Theorists claim that the Illuminati consists of a few elite who control the world – from governments to the economy and all they want to do is wage wars and keep everyone in the palm of their hands. Pretty nasty, isn’t it? The Illuminati is both real and fictitious. The first group of Illuminati wasn’t so bad – they met in secret to talk “science”, away from the conservative beliefs of the church. The members of this secret society consisted of philosophers and scientists who challenged beliefs like God creating the world that put them in a bad light among the popes and pastors. But the current “alleged” Illuminati is as evil as Hans Gruber in Die Hard. Of course, they are no evidences of the existence of such an organization but, even if there were, only those who are a part of the organization would know of it.

Many diseases are created artificially or the cure is kept hidden
A lot of people are skeptical about medicines and pharmaceuticals in general. Are big pharmaceutical companies keeping the world sick to make money even though they have a permanent cure to diseases like AIDS and cancer? Are government organizations creating strains of viruses powerful enough to wipe out people who they think are a threat to their power? Are germs even real or just a bunch of nonsense created by companies to sell their products? These questions can make it hard to sleep at night. South African President, Thabo Mbeki, once put forward the theory about AIDS, disputing scientific claims that the virus originated in Africa and accusing the U.S. government of manufacturing the disease in military labs. The same goes with Ebola, Herpes, ADHD and others. Even though there is proof that HIV evolved from the similar SIV (Simian Immunodeficiency Virus) and was transferred from primates to humans within the past 100 years, some theorists are intent on believing otherwise.