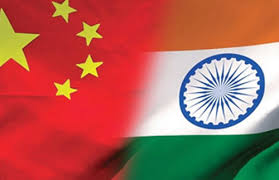 Even though China has remained favorite destination for investors for decades, India has pipped its neighbour in 2018 for the first time in the last 20 years in terms of foreign direct investment (FDI), changing the dynamics of attractive Asian market.

Even though China has for long remained favorite destination for global investors, India has pipped its neighbour in 2018 for the first time in the last 20 years in terms of attracting foreign direct investment (FDI). With 253 inbound deals amounting to $39.515 billion, India’s annual FDI was higher than that of China’s so far this calendar year, according to data from Dealogic, a global financial markets platform. China attracted FDI to the tune of $33.02 billion in 397 inbound deals in the same period, the data showed.

Explaining what led to India surpassing China in terms of attracting FDI this calendar year, Rucha Ranadive of CARE Ratings told FE Online: “The stable macroeconomic environment and slowdown in the Chinese economy has helped India attract more FDI. In addition, the govt. of India has taken various initiatives.  It has opened up various sectors for FDI investment and has promoted Single window clearance.”

“There have been signs of slowdown in the Chinese economy since the eruption of tariff war with the US. This has resulted in outflow of foreign funds especially foreign portfolio investments from the emerging market economies including India”, she also said.

The opening up of single brand retail, construction and power exchanges for foreign investment and allowing 100 per cent FDI in insurance broking is under consideration are a few of the steps taken by the government that may have helped, she added.

Meanwhile, India aims to receive $100 billion in foreign direct investments in the next two years and special industrial clusters are being created for countries like Japan, South Korea, China and Russia where their companies can invest and operate, Union Minister Suresh Prabhu had said a couple of days back.