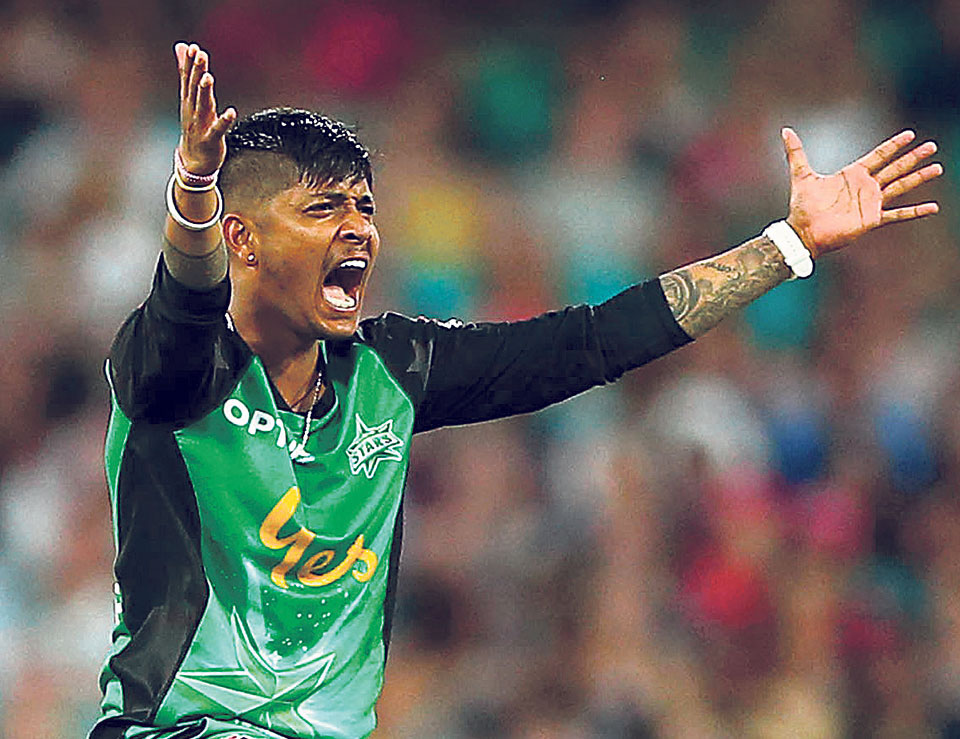 The 18-year-old leg-spinner conceded 18 runs from his complete spell of four overs helping Stars to limit Sixers to 130 runs for the loss of nine wickets in 20 overs.

Jordan Silk top scored with unbeaten 41 runs which included two boundaries. Jackson Coleman was the pick of the bowlers registering the best bowling figures of the match with three wickets conceding 18 runs from his three overs in the match.

Stars completed the chase emphatically on the 14.5 overs by five wickets. Player of the match Peter Handscomb, who was dropped from the Test team after playing first two matches against touring India, scored 70 runs at the strike rate exact 200 which included nine fours and three sixes. It was Star’s first win in the league after losing first two matches.

Stars have climbed to fourth position on the points table whereas Nepal starlet shared the top position with Australian and Sixers’ left-arm spinner Steve O’Keefe with seven wickets each. O’Keefe has better average and economy rate tipping Lamichhane by whiskers. Lamichhane has picked up two wickets in its debut Big Bash match whereas followed it up with three more in second match.

Stars faces Renegades next on Tuesday in a Melbourne Derby.

Issues of Public Procurement in Nepal
23 hours ago