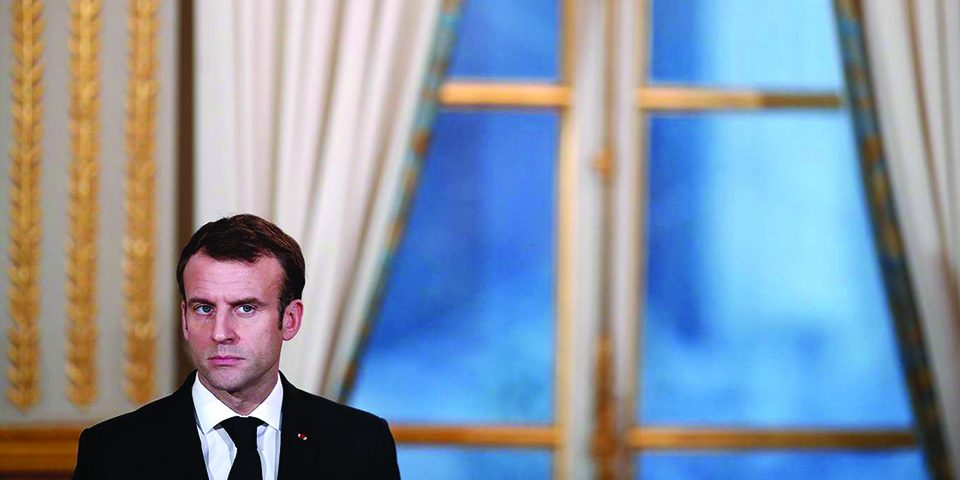 Macron is an exceptionally intelligent, energetic, and courageous person, but he seems to lack the maturity and humility that come with age

PARIS – Are the Yellow Vest protests across France as consequential as the mass rallies of May 1968? It is too soon to say. The revolt has forced French President Emmanuel Macron to make significant and costly concessions, but it is hardly a new French Revolution. Though some demonstrators clearly want to reenact the “feats” of their ancestors against their (elected) monarch, we are not in July 1789.

The uprising of May 1968, it is worth recalling, was driven largely by a bored generation of students living at the peak of France’s post-war prosperity. Though the economy was at full employment, they rebelled against the status quo in the name of dubious utopias inspired by Fidel Castro’s Cuba and Mao’s China. They were joined by well-organized trade unions that helped the movement reach a critical mass, at least temporarily.

The difference between then and now is that those taking to the streets to protest against Macron’s proposed fuel-tax increase are animated not by utopia, but by despair. In this sense, the Yellow Vest uprising is not unlike a French Brexit, in that it amounts to an act of shooting oneself in the foot. Whereas the British resorted to the ballot box, the French have adopted a mixture of barricades, marches, and stone throwing.

In either case, everyone seems to lose out. Just as Great Britain’s break from the European Union will leave both parties diminished, France’s domestic upheaval could undercut European integration. Under Macron, France was supposed to keep the flame of liberal democracy alive in a world darkened by Donald Trump’s America, Viktor Orbán’s Hungary, and Matteo Salvini’s Italy. With German Chancellor Angela Merkel’s own leadership slipping, France looked like an island of hope in a sea of Western despair. That is clearly no longer the case.

One senses in British and American media coverage of the Yellow Vest protests a degree of schadenfreude. The proud nation with the arrogant leader has been knocked down a peg; it turns out that the French are no different from anyone else.

The Yellow Vest revolt has been driven in part by Macron’s mistakes. In pursuing radical but necessary reforms, he has been counting on stronger economic growth to vindicate him. But growth has not materialized, and that makes an ecologically motivated fuel tax impossible for middle- and lower-class French commuters to accept.

Making matters worse, Macron launched his reform agenda by slashing France’s wealth tax, a move that won him the sobriquet “President of the Rich.” Yet, because Macron had cut himself off from the country’s “corps intermédiaires”—including mayors, regional representatives, and trade unions—it took him far too long to see that the anger in France’s provinces, small towns, and rural areas was coming to a boil. By surrounding himself with a court of bright young technocrats, Macron lost contact with what he calls “his people” (a rather tone-deaf formulation in itself).

This is a longstanding problem with the French meritocracy. When I was teaching at the National School of Administration in the 1980s, I saw the “happy few” who had passed the school’s highly selective entry exams being awarded their own cars and personal drivers. Imagine receiving this treatment as a 20-year-old intern in one of France’s Prefectures. No wonder they operate as if the state is at their service, rather than the other way around.

Macron’s own personality may also have been a decisive factor in this first major crisis of his presidency. Macron is an exceptionally intelligent, energetic, and courageous person, but he seems to lack the maturity and humility that come with age. He was so eager to restore to the French presidency the dignity that had been lost under his two predecessors—Nicolas Sarkozy and François Hollande—that he went too far in the opposite direction.

If you want to impress Russian President Vladimir Putin or other foreign dignitaries, hosting them in such a magisterial setting as Versailles is sure to prove effective. But reveling in the country’s monarchical history can be dangerous. Many of those who voted for Macron may have been hoping for a twenty-first-century Bonaparte. But now they may be thinking more of Louis XVI, the king who paid with his life for the faults of his predecessors.

Can Macron learn from his mistakes and regain the confidence of French voters who have felt humiliated by him? It will not be easy, but it is not impossible. At any rate, one should not write off prematurely a politician of such vision and ambition.

Rather than rejoicing in a bold leader’s comeuppance, those who still believe in democracy should be thinking about what it would mean if Macron fails. Italy’s present would become France’s future, and the populists who come to power in Paris would probably put an end to the entire European project.

That is not an outcome anyone should wish for. For better or worse, Macron still represents European democracy’s best bulwark against a wave of populist nationalism.

Dominique Moisi is Senior Counselor at the Institut Montaigne in Paris. He is the author of La Géopolitique des Séries ou le triomphe de la peur

Indigenous people are an essential element of cultural diversity and ecological harmony. Let them live in peace in the ancestral... Read More...