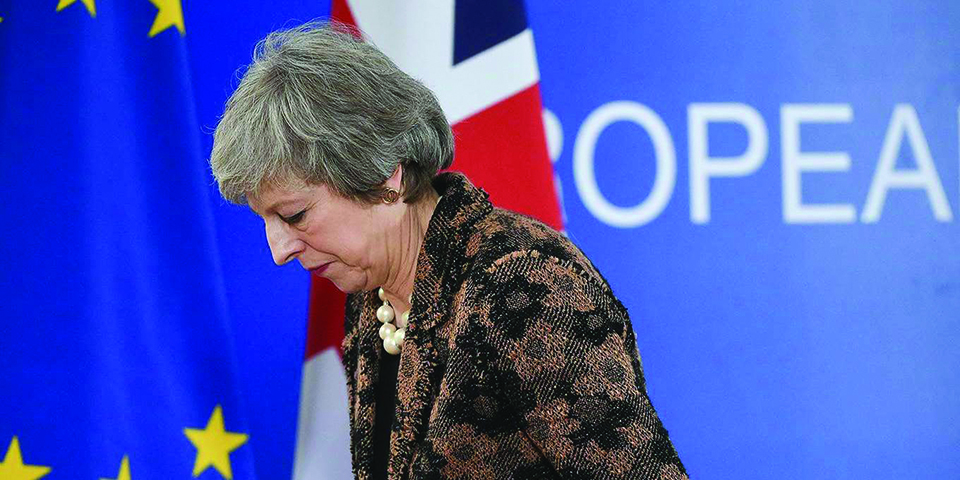 Jacek Rostowski was Poland’s Minister of Finance and Deputy Prime Minister from 2007 to 2013
news@myrepublica.com

How did a country with 400 years of constitutional governance and culture of political compromise end up here?

LONDON – British Prime Minister Theresa May’s plan to withdraw her country from the European Union in an orderly fashion is collapsing. Though she has survived a no-confidence vote, in January the House of Commons will almost certainly reject the exit deal she negotiated with EU leaders. In order to avoid a chaotic “no-deal” Brexit, her government will have to ask the EU for an extension on the departure date, or withdraw its “intention to leave” notification, at least temporarily.

Either way, the next step would be to hold a second referendum with the option of a so-called exit from Brexit, which would reverse the 2016 decision to leave. Voters could still decide to back May’s deal, opt for a “Norway-style” arrangement, or crash out of the EU with no deal. But recent polling suggests that the choice of remaining in the EU would win the day.

How did a country with 400 years of constitutional governance and a culture of political compromise end up here?

Most commentators point to the seemingly insoluble problem of the Irish border. Under the 1998 Good Friday Agreement, which put an end to decades of violent hostility between Protestants and Catholics in Northern Ireland, Britain agreed to permit the free movement of persons, goods, and some services across the border with the Republic of Ireland. A binding international treaty with no provision for exit, the Good Friday Agreement was signed under the assumption that both Britain and Ireland would remain in the EU indefinitely.

May’s deal with the EU includes a “backstop” that would prevent the reintroduction of a hard border between Northern Ireland and the Irish Republic in the absence of a formal post-Brexit trade deal. The problem is that well over 100 members of May’s own party have rejected the backstop outright and will vote against her deal for that reason alone, making it dead on arrival.

But the Irish backstop is, in fact, a side issue. Even if there were no Irish problem, an orderly Brexit would have been impossible within the two years allotted to the UK under Article 50 of the Treaty of Lisbon. As I pointed out in October, British manufacturing supply chains are so deeply integrated with those of continental Europe that they could not survive the sudden establishment of customs and other checks on the British border. Britain’s automotive, aerospace, and precision-instruments industries would be decimated.

To be sure, many non-European countries export large volumes of industrial goods to the EU. But, unlike British goods, these generally cross the EU border only once. The same would hold true for Britain’s goods only after the country disentangles itself from the web of European supply chains. That task alone would be comparable to the restructuring of post-communist countries following the collapse of the Council for Mutual Economic Assistance (Comecon, the Soviet-era trade bloc). Completing it could well take five or more years.

After the 2016 referendum, May’s government should have had an adult discussion about the shape Brexit would take, rather than simply declaring, “Brexit means Brexit.” Scenarios in which the UK could remain in the single market, the customs union, or both were on offer from the EU. The government also should have done far more to apprise the business community of its plans.

Moreover, if the intention was always to leave both the single market and the customs union, retaining only a free-trade agreement with Europe, the government should have made clear that it would need an “implementation period” of at least five years to do this in an orderly manner. During this time it would be bound by European laws—including its obligation to pay around £13 billion ($16.4 billion) per year to the EU budget. May should not have invoked Article 50 until all of these decisions had been made, communicated to the relevant parties, and agreed upon at least in principle.

One reason May’s government ended up taking the exact opposite approach is that neither senior politicians nor bureaucrats understood the degree to which the British economy is intertwined with Europe. The fact that a quick Brexit into a free-trade agreement is logistically impossible seems to have been totally lost on them.

But the bigger problem was that a balanced consideration of possible options would have laid bare the lie upon which the “Leave” campaign was based. The idea that Britain could secure a “bespoke deal” and maintain “frictionless” access to the single market while pursuing its own trade accords elsewhere was always a fantasy.

Fearing the political consequences of acknowledging this basic truth, May adopted a completely unrealistic negotiating strategy, hoping that “some kind of Brexit” would happen before the British public realized it had been duped. Today, just three months before the departure date, this deeply deceitful démarche has disintegrated before May’s eyes – as well it should.