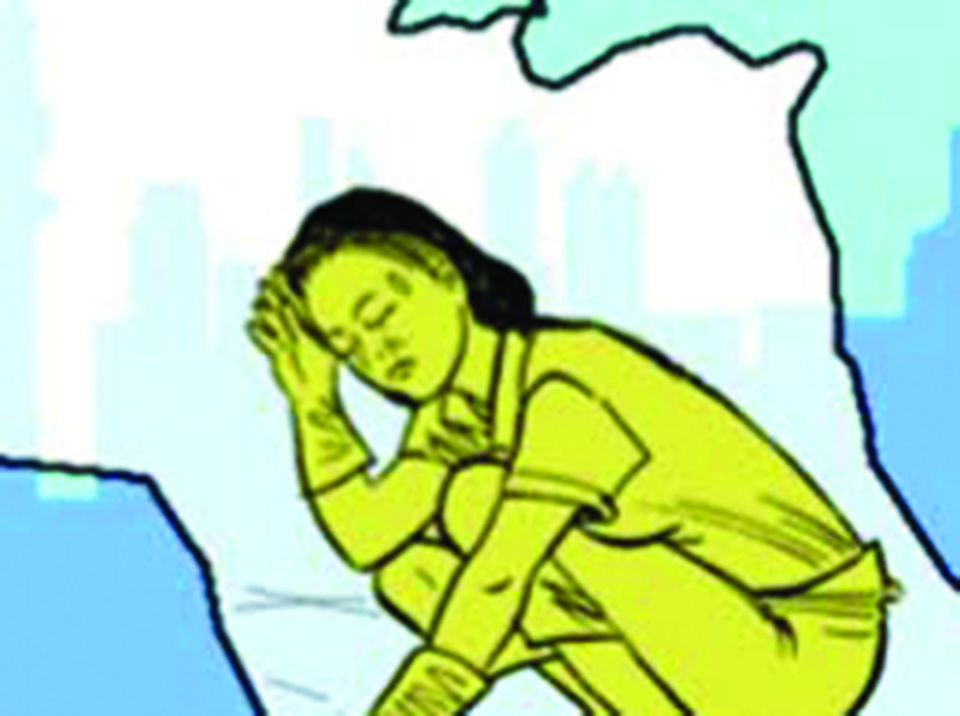 There are no urban centers, in and outside Nepal, where Nepali women and girls may not have been forcibly trafficked

Trafficking of women and children is socially and legally unacceptable in Nepal but the rate of these crimes is increasing and becoming a serious threat. Thousands of women and girls are trafficked to urban areas of Nepal to force them into prostitution. Thousands of them are forced to serve in the brothels of Indian cities, Bangkok, Hong Kong, Middle-East and even European countries. There are no urban centers, in and outside Nepal, where Nepali women and girls may not have been forcibly trafficked. According to the Ministry of Women, Children and Social Welfare 26 out of 75 districts are prone to trafficking.

Trafficking is alarmingly growing both in national and international levels. Trafficking has become a lucrative business for traffickers. In case of Nepal, illiteracy, poverty and unemployment create risk for trafficking.

According to India Today, about 50 women are trafficked from Nepal to India every day. The Times of India recently reported that number of victims brought illegally to India has gone up by 500 percent since 2013 with girls trafficked from Nepal’s villages, including from Tarai, being sold to brothel owners in Delhi, Mumbai, Kolkata and other cities for up to Rs 50,000.

A search operation conducted by Delhi Commission for Women (DCW) found that 60 percent of women were brought from Nepal. In October 2018, eight Nepali girls being trafficked to countries like Iraq and Kuwait were rescued by DCW. The Ghaziabad Police rescued 37 Nepali women in just 48 hours of operation in October 2018. These are just a few cases. The gravity is beyond statistics. European Union’s Justice and Home Affairs Council reported that young girls are more vulnerable to trafficking due to poverty and lack of educational opportunities.

Nepal’s economy has not risen in proportion with its population growth. According to  International Labor Organization,  11 percent of boys and 15 percent of girls aged 5-9 are in the labor force, and the comparable ratios are 47.2 percent of boys and 58.7 percent of girls aged 10-14. A 2012 study concluded that 42 percent poverty rate and 64 percent illiteracy rate create a large disparity in Nepal. According to Central Bureau of Statistics, percentage of out of school at the primary and lower secondary level is 5.4 and 30.5 respectively. The poverty rate for Kathmandu Valley is about four percent while it is 56 percent in the mountainous region.

Human Development Report 2017 ranks Nepal at 149th position out of 189 countries with the considerable population living below the poverty line. Subsistence agriculture is the main occupation of over 80 percent of population. It is estimated that six percent of population owns 64 percent of cultivable land and 75 percent of own less than one hectare of land. The agricultural reform programs of the government have failed to improve the living and earning standards of poor families. A research conducted by Stop Trafficking Oppression and Prostitution of Children and Women (STOP) shows that 90 percent of the children and women who have been trafficked belong to either landless families or the families with marginal landholdings.

Global Gender Index 2016 reveals that Nepal ranks at 110th out of 144 countries on gender parity. Corruption Perception Index 2017 ranked Nepal lowest with a score of 31. All this has made Nepal a fertile ground for human trafficking.

Trafficking is becoming a booming criminal trade around the world because of its immense profitability with a minimal risk. According to Asian Philanthropy Forum, a net profit margin of over 70 percent makes trafficking one of the most profitable trades. It is becoming increasingly easy and inexpensive to procure, move and exploit vulnerable women and girls. It is estimated that annual illegal profit from trafficking is US $150.

Trafficking ruins women’s lives, limits their opportunities and constraints their overall development. It causes trauma and limits their social, political and economic participation. It creates a significant strain on national economies with escalating costs in health care, social service, policing and social justice system. It must be rooted out.

Traffickers fish in troubled waters to respond to the demand of illegal trade. If we want to break the nexus of trafficking, we have to take actions to remove the demands by increasing the risks for the perpetrators. Also, the supply can be reduced by providing better economic opportunities with adequate support services to the victims and affected families so as to prevent further exploitation.

There should be some stringent policies for the trafficking returnees to reintegrate them in society and engage them in curbing future trafficking. The main solution lies in empowerment of women. Empowering women and girls is one of the best ways to achieve security and promote their economic growth. Lip service doesn’t work.

If you are sexualizing me, you are the problem