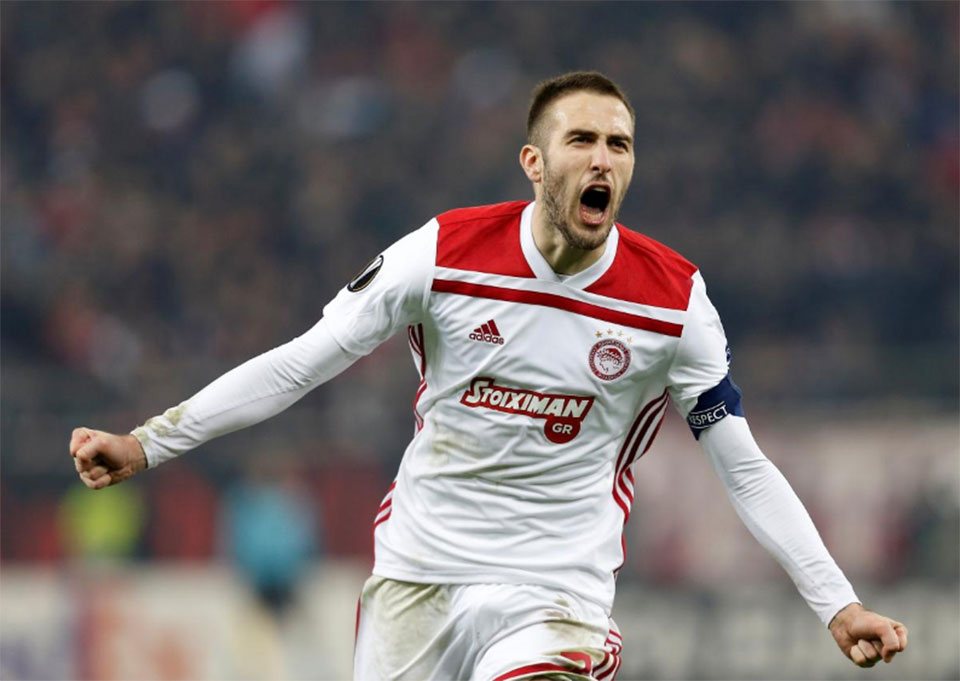 Dec 14: Olympiakos Piraeus pulled off a stunning 3-1 Europa League win over AC Milan that put them into the last 32 and sent the Italians crashing out as the remaining places in the knockout stage were decided on Thursday.

All the goals in Greece came in a thrilling second half, with Milan defender Cristian Zapata scoring an own goal to make it 2-0 to Olympiakos in the 70th minute, before he pulled one back for his side two minutes later.

Yet Milan’s defensive frailty was punished when Konstantinos Fortounis scored from the penalty spot in the 81st minute to give his side the win that left them second in Group F on 10 points.

They edged out the seven-times European champions on goal difference and progressed along with group winners Real Betis.

Chelsea dropped points for the first time this season in the competition as they drew 2-2 with Vidi FC in Budapest, but the game was overshadowed by allegations of anti-Semitic chanting by the visiting fans.

Swedish side Malmo pulled off one of the bigger shocks of the round, winning 1-0 away to 10-man Besiktas to finish runners-up behind Genk in Group I.

Besiktas’s Ricardo Quaresma was given a straight red card for a reckless tackle on Franz Brorsson in the second half.

Group C winners Zenit St Petersburg were comfortably beaten 2-0 away by Slavia Prague, who claimed the runners-up spot, rendering Bordeaux’s 1-0 win away to FC Copenhagen meaningless as both sides went out.

Celtic, who were beaten 2-1 at home by a Salzburg side that had already secured top spot in Group B, needed a helping hand from Rosenborg.

The Norwegians secured a 1-1 draw at home to RB Leipzig that knocked out the German side and sent the Scottish champions through.

Despite a 3-0 thumping by Sevilla, Krasnodar made it out of Group J as Standard Liege could only manage a scoreless draw away to Akhisar.

They will be joined in next Monday’s draw for the knockout stage by Villarreal, Rapid Vienna, Dynamo Kiev and Stade Rennais.

May 28: Eden Hazard has said that victory in Wednesday’s Europa League final against Arsenal would be a fitting way... Read More...