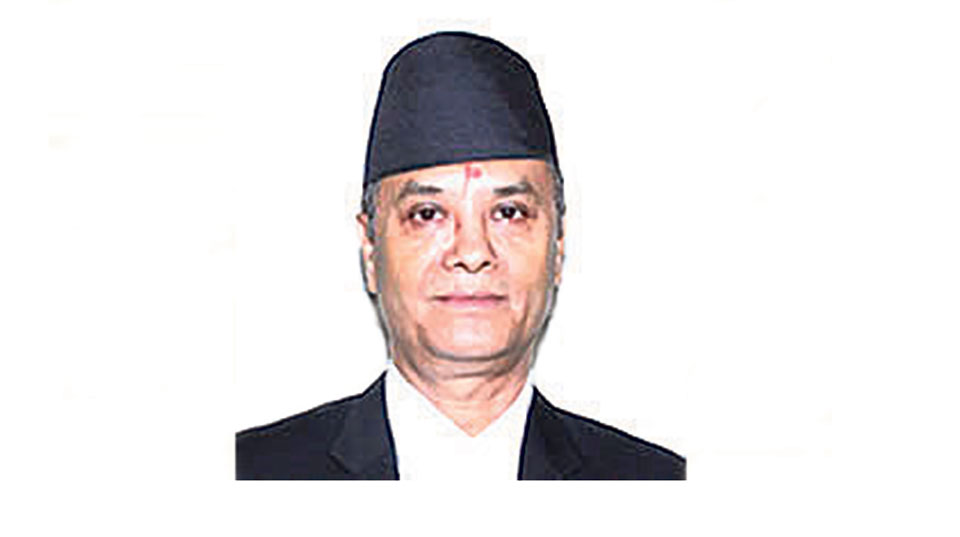 The CC, which is headed by the prime minister, picked Rana for the top judicial post which falls vacant on December 31 when incumbent CJ Om Prakash Mishra will take compulsory retirement on completing 65 years of age.

The CC had failed four times to take a decision on the CJ appointment. Its fifth meeting held on Thursday finally decided to choose Rana as the country's 29th chief justice .

Rana was chosen superseding senior-most Justice Deepak Raj Joshee . Back in August also, Joshee's name was rejected for the top judicial position by the Parliamentary Hearings Committee . He has thus been rejected for the position for the second time. His name was forwarded by the Judicial Council a few days ago along with Rana's .

Born on December 13, 1957, Cholendra SJB Rana was appointed an appellate court judge on 15 April 1996 and a Supreme Court justice on May 26, 2014. With a diploma in law, Rana begun his legal career from Kathmandu Metropolitan City as a legal officer . He joined the judicial service in 1996. Rana is a great grandson of Rana prime minister Bir Sumsher.

According to sources, immediately after his recommendation by the CC, Rana met Joshee in the latter's chambers at the supreme court and asked for his support. "Supreme Court Justice Hari Krishna Karki and other high-ranking officials were present during Rana's meeting with Joshee," the source said adding, "Joshee took the meeting lightly and did not say anything ."

Rana has decided many cases nullifying decisions of the government and parliament . One of these was the impeachment motion in parliament against former chief justice Sushila Karki. A decision handed down by him concerning the card game marriage became controversial .

The CC had failed to appoint a successor to outgoing Chief Justice Mishra on Wednesday due to the absence of main opposition leader Sher Bahadur Deuba who is an ex-officio member of the council. So the CC meeting was rescheduled for Thursday.Since Mishra is taking compulsory retirement on December 31 the CC had rescheduled its meetings one after another. The third meeting was also postponed on Monday after rescheduling it for December 20. But it was rescheduled again, at midnight , for Tuesday. As Deuba was absent for that meeting , it was rescheduled again for Thursday.Sources speculate that the government wanted to appoint the CJ at the earliest so that Joshee would not have to be named acting CJ . But the main opposition party's demand for a share in various constitutional bodies had delayed the choice of new CJ.

With Rana's appointment to the top judicial position, legal luminaries hope he will bring about reforms as he has a four-year tenure before him. "If he does not try to reform the judiciary, the faith of the people in this branch of the government will be further eroded," senior advocate Chandra Kanta Gyawali said.

As the tussle between the NBA and chief of the judiciary continues for weeks, ordinary people who wait for justice... Read More...