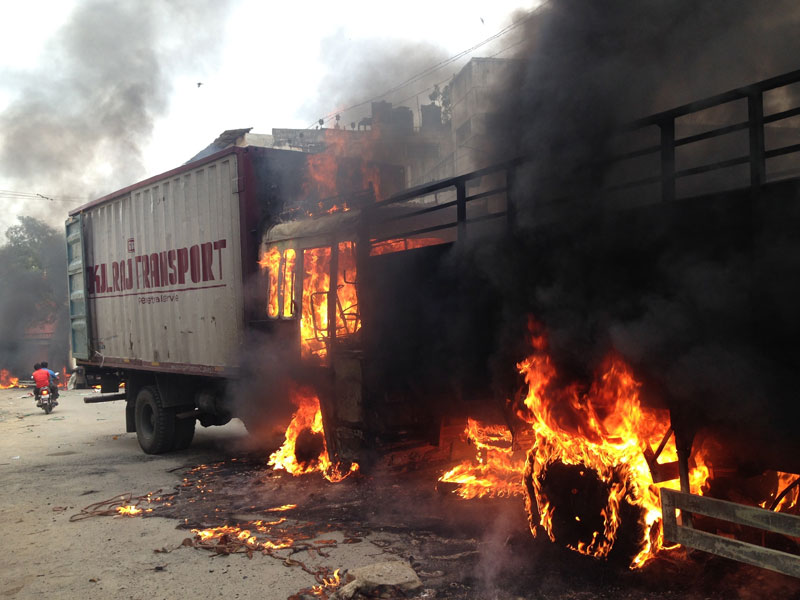 NEW DELHI, Sept 12: India's top court on Monday ordered the southern state of Karnataka to release water from a disputed river to neighboring Tamil Nadu after violence erupted in both states over water sharing.

The Supreme Court ordered Karnataka to release 12,000 cusecs (cubic feet per second) per day to Tamil Nadu until Sept. 20. Farmers in both states, who depend on river water to irrigate their crops, have complained of severe water shortages.

The Cauvery River, which originates in Karnataka and flows into Tamil Nadu, has been the source of a bitter water dispute for decades. Karnataka officials told the court that the state did not have enough water reserves to share.

Earlier Monday, protesters in Tamil Nadu vandalized a hotel in the city of Chennai owned by people from Karnataka, triggering violent protests in both states.

Last week, the Supreme Court had ordered Karnataka to release 15,000 cusecs of water for 10 days to Tamil Nadu, a move that led to protests by Karnataka farmers, who say they have no water for their fields.

The Karnataka government then appealed the ruling to the top court, which reduced the daily supply to Tamil Nadu.

Police in India's IT hub of Bangalore, the capital of Karnataka, passed prohibitory orders preventing the gathering of more than five people after angry mobs smashed the windows of several buses from Tamil Nadu and attacked bus drivers.

Many schools in Bangalore were closed Monday. Offices were closed and shop owners downed shutters as groups of young men wandered the streets attacking properties owned by people from Tamil Nadu.

In the city of Mandya, 100 kilometers (60 miles) southeast of Bangalore, protesters set fire to trucks and buses bearing Tamil Nadu license plates. In the nearby city of Mysore, several vehicles were set ablaze and mobs of young men roamed the streets wielding iron rods, smashing windows of shops owned by people from Tamil Nadu.

Karnataka authorities have stopped bus services to Tamil Nadu for an unspecified period of time to prevent passengers from being attacked.

Farmers in India are largely dependent on monsoon rains and rivers to irrigate their crops. But with successive poor monsoons, rivers and reservoirs have been running dry and farmers in many places have been forced to reduce the number of crops they grow.