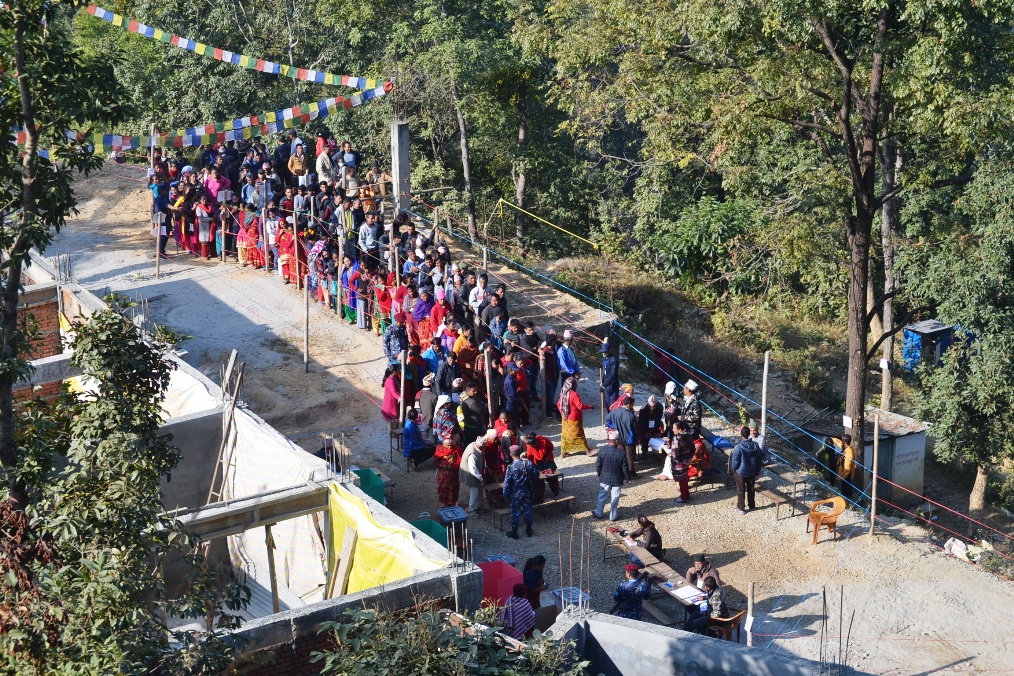 KATHMANDU, Nov 26: The votes have been cast around 55 percent in province four and five till 3:00 PM.

Similirily, In province 5, East Rukum 50 percent and Rolpa 51 percent votes have been cast.

voting is taking place peacefully and enthusiastically in all the polling centres in 32 districts.

The voting in most of district had begun at 7:00 am this morning for the first phase of elections to the House of Representatives and Provincial assemblies amid 32 districts. Voting in the mountainous region began a bit late due to cold.

KATHMANDU, Dec 7: Forty per cent votes have been cast till 1:00 PM under the second phase of elections to... Read More...

Fifty per cent vote has been cast till 12:00 pm today in Rasuwa under the elections of the House of Representatives... Read More...

Gaurika sets new national record, fails to qualify for next round
17 hours ago

Vaccination to businesspersons demanded
2 hours ago

Should vaccinated people mask up with COVID-19 cases rising?
3 hours ago