Police claim to be ‘very close’ to solving Nirmala case 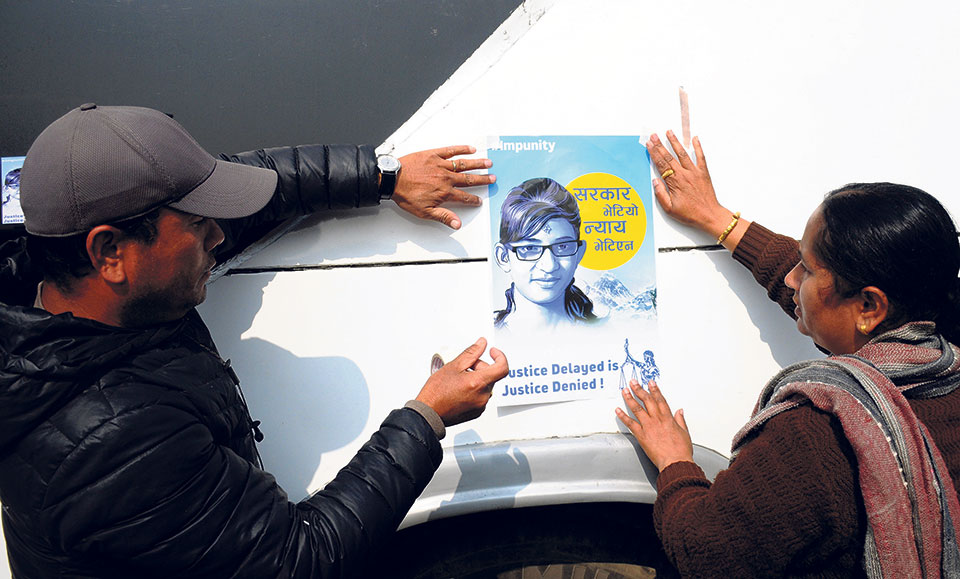 KATHMANDU, Dec 8: More than four months after 13-year-old Nirmala Panta of Bhimdutta Municipality, Kanchanpur was found raped and subsequently murdered, Nepal Police has claimed that they are ‘very close’ to solving the notorious case.

Nirmala’s body was found in a sugarcane field on July 27, a day after she went missing.

The Central Investigation Bureau (CIB), which has been delving into the case, has released six of the seven suspects brought to Kathmandu from Kanchanpur in the course of their investigations. The six were freed following interrogations.

Pradeep Rawal, a resident of Bhimdutta Municipality, was the sole suspect held back in custody and it was for a DNA test. He was also interrogated. The DNA was examined on Friday to see if it matched the vaginal swab from Nirmala. The DNA test report was supposed to be made public by the police on Friday but they have kept it confidential.

Police insiders said the investigating officers seem to be in a joyous mood, possibly indicating they have reached a viable conclusion.

While refraining from disclosing all information from the investigations, spokesman of Nepal Police SSP Uttam Raj Subedi claimed on Friday that they were very close to cracking the Nirmala case and identifying the guilty.

“We have narrowed down the list of suspects and already completed the interrogations,”  Subedi said. “We can now say that we are very close to solving the case.”