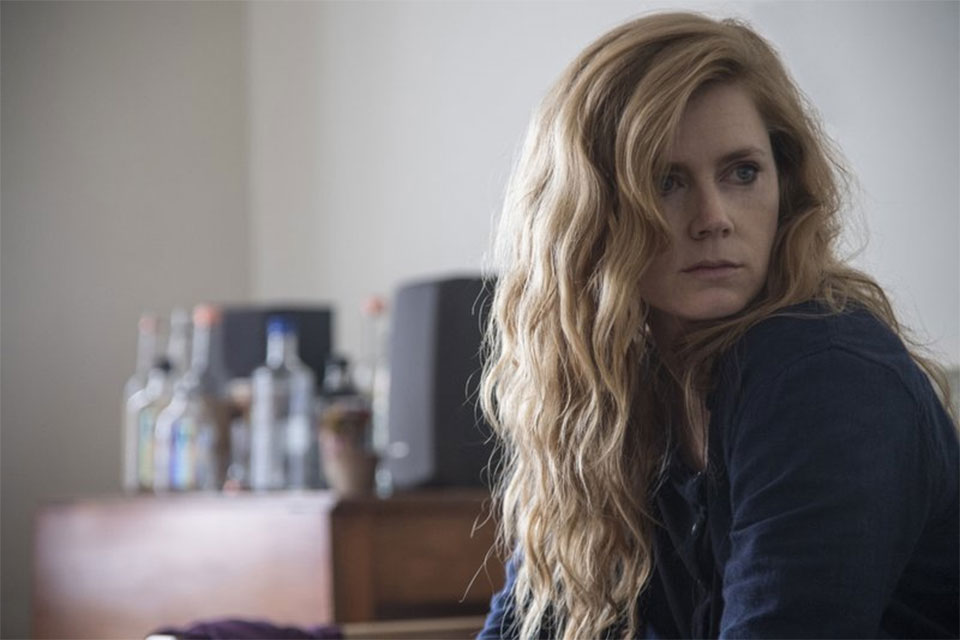 LOS ANGELES, Dec 7: Even the sometimes-offbeat Golden Globe Awards are unable to resist the allure of movie stars who dabble in television work.

Julia Roberts, Amy Adams, Jim Carrey and Michael Douglas were among the nominees announced Thursday for next month’s awards voted by the Hollywood Foreign Press Association.

Television’s increasing artistic prestige has persuaded more big-screen talent to add it to their portfolio. But not every film actor made the awards cut, with Emma Stone and Jonah Hill out of the running for Netflix’s “Maniac.”

Also snubbed was “This Is Us,” one of the few broadcast network shows that has garnered awards respect amid an onslaught of cable and streaming shows. It failed to earn a best drama series bid or recognition for last year’s Globes (and previous Emmy Award) winner Sterling K. Brown or the twice-nominated Chrissy Metz.

Hulu’s “The Handmaid’s Tale,” the defending best drama series winner, was overlooked this time, a sting that follows its loss in this year’s Emmys to “Game of Thrones.” But “Handmaid’s” star Elisabeth Moss and co-star Yvonne Strahovski were nominated.

HBO’s “Game” missed out on 2019 Globes consideration because new episodes didn’t air within the eligibility window. Instead, Globe voters tipped their hats to the last season of FX’s “The Americans” and newcomers including Netflix’s “Bodyguard,” a British series about a politician’s protector, and FX’s “Pose,” set in 1980s New York and with a groundbreaking number of transgender cast members.

Donald Glover’s “Atlanta” was ignored as best comedy series while star Glover, who won for his role in 2017, was nominated. His competitors include Carrey for Showtime’s “Kidding,” Douglas for Netflix’s “The Kominsky Method” and Bill Hader, fresh off an Emmy win for “Barry.”

Henry Winkler, who claimed an Emmy for his supporting role in HBO’s “Barry,” also is up for a Globe. The series itself is competing for top comedy honors against defending Globes champ and Emmy winner “The Marvelous Mrs. Maisel.”

Issa Rae, a two-time nominee for “Insecure,” didn’t earn a best comedy actress bid, but Candice Bergen got a welcome-back hug for CBS’ revived sitcom “Murphy Brown.” She was a Globes favorite when the original series aired, earning nine nominations and winning a trophy in 1989.

Bergen is part of an all-white field of nominees, including Emmy winner Rachel Brosnahan for “Mrs. Maisel” and Debra Messing, star of NBC’s “Will & Grace” revival.

“Wow. I am so grateful that our show came back,” she posted on Instagram, adding a shout-out to its producers.

Glover is the only actor of color in his category, with black actors Billy Porter (“Pose”) and Stephan James (“Homecoming”) earning best drama series acting bids.

Oh will host the Jan. 6 Globes ceremony on NBC along with Andy Samberg. Earlier this year she became the first actress of Asian descent to receive a lead drama actress Emmy nod for the spy thriller.

At the Globes, she’ll compete with the Oscar-winning Roberts, who earned a bid for Amazon’s nominated “Homecoming,” a psychological thriller based on the podcast of the same name.

Keri Russell was nominated for “The Americans,” as was her co-star (and real-life partner) Matthew Rhys, who earned an Emmy this year for his role.

The Globes, which honor both TV and movies, made the satirical “Vice,” about former Vice President Dick Cheney, the top-nominated film. “A Star is Born” with Lady Gaga and Bradley Cooper, “Green Book” and “The Favourite” were all close behind with five nominations apiece.

Adams earned acting bids for the limited TV series “Sharp Objects” and for “Vice,” sharing double-nominee status with King: besides “Seven Seconds,” she earned a nod for the film “If Beale Street Could Talk.”

The Hollywood Walk of Fame will shine even brighter next year as a new class of celebrities are all set to get their... Read More...

Actress Julia Roberts will be this year’s recipient of the George Eastman Award, given to honor contributions to the art... Read More...

IN PICS: Youths seek justice for 12-year-old girl killed after rape
1 hour ago