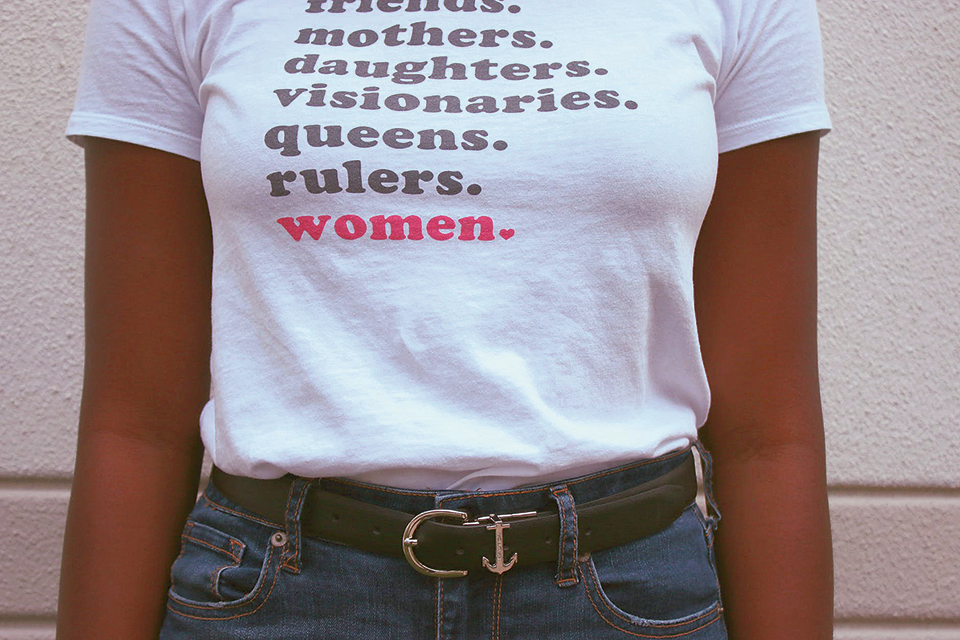 “Where do you see yourself in the list of empowered women?” – A casual question flung my way when my colleagues and I were gossiping over coffee. My instant reaction was somewhere at the top. I really felt like an “empowered woman”, especially when I compared myself with the general situation of women in Nepal and reminded myself of the fact that gender based violence and other heinous crimes like female feticide are still rampant in our country.

This led to discussions about how majority of Nepalis women are still dependent on their male guardians or partners. I validated my stance by telling my co-workers that I don’t make up the proportion of women who still suffer domestic violence or put up with abusive relationships because they aren’t financially independent and thus have nowhere to go. Also, in the community that I live in dowry has never been an issue.

The conversation on female empowerment ended with the coffee session but I thought about it for a long time afterwards. It stayed with me and made me question what being empowered truly meant. Women’s empowerment has been an issue of much discussion and contemplation everywhere in the world over the last few decades. The issue is now coming to the forefront in Nepal too but most believe that empowerment has been mostly city centric with the condition of women in rural and remote areas still the same.

Though that’s not entirely untrue, empowerment is actually a relative term even for women living in the metropolises. How empowered you are is only as good as your surrounding, and the people you work with. In many places, the biases prevail so dangerously that even working women who consider themselves independent and perhaps better than their male counterparts find it difficult to break through. Their voices are often shushed and their opinions don’t really matter when making important decisions.

One doesn’t even have to go very far to see instances of inequality everywhere. For instance, if I were to compare my life with my husband’s, I see an unfair level of inequality, in terms of rules, freedom, and work division. There are many things that I have to follow in my house that he is oblivious to. As husband and wife, we are partners in life. But the term ‘partner’ here for the woman doesn’t mean a person who’s on equal footing with you.

Even as a girl growing up in Kathmandu, I could feel the difference in how I was treated. Because I was the ‘daughter’ of the family, it was natural for my parents to be ‘extra protective’ towards me. It’s still not unusual for girls to have to be home by dusk while boys get to stay out as late as they please. It’s the girl’s job to keep her room tidy while the mother fixes the son’s room every time he goes out. There’s a different metric system in which girls and boys are judged and evaluated.

As a society, we have never tried to make our country a safer place for girls. What we have done instead is created rules for the girls to follow for their own safety. Every culture in the world contains some form of discrimination against women that are often invisible because they are regarded normal or acceptable. The underlying cause of disparity against women lies in gender discrimination, the denial that women are equal to men in all areas of life.

All my life, I have always seen men making all the major decisions while the women are merely audiences at the sidelines. Their job is to support their male partners and take care of the house. Though that might not be as strongly endorsed as it previously was, it is still true today. A woman after a long day at work goes to the kitchen or tidies up the living room while the man freshens up and plonks himself in front of the TV.

That’s not to say there aren’t women who shun chores and do what they want to do instead of what they are ‘supposed’ to do. But when a woman is tired and doesn’t work round the clock, she becomes the bad person. I have heard countless stories of how so and so is a bad person because she doesn’t take care of her family and cook for them on a daily basis. Never mind the fact that she holds two jobs and is probably dead tired by the time she gets home. A woman’s skills and respectability often come from how good she is in the kitchen. A woman, it seems, is judged as ‘good and worthy’ or ‘bad and improper’ based on how beautifully she carries out her home ‘duties’.

Even though I have always considered myself empowered, right from how I refused to change my last name after marriage to how I insisted my daughter use my last name as her middle name, I have always had to justify my choices and decisions which defeats the whole idea of empowerment. Every time I have had something go my way, it’s always been after heated arguments and my subsequent refusal to back down. If I have to explain why my daughter carries my name as her middle name, am I truly empowered? If being empowered means constantly having to fight for your rights then what good is that empowerment?

It’s no wonder that a seemingly harmless coffee chat created so much havoc in my mind. It had me thinking of all the times I have had to either bow down or face the wrath, of the numerous times I have had to explain myself because what I did was considered improper for a woman, and the way I have to juggle my career and responsibilities at home without fail. Men are given options. Women simply aren’t. For a man, anything is a case of whether he wants to or not while for women, everything is about what is expected of her and what she has to do because she is a woman. And as long as we are defined by our gender, how can we be empowered?

The writer is the deputy director, banks and financial institutions regulation department, at the Nepal Rastra Bank.

“Behind every successful man, there is a woman, goes the saying. That’s true. But the opposite should also be true. Read More...

KATHMANDU, April 30: A campaign titled “Say No to All Male Panel” was launched in Kathmandu on Tuesday. ... Read More...

NC for economic growth based on equality