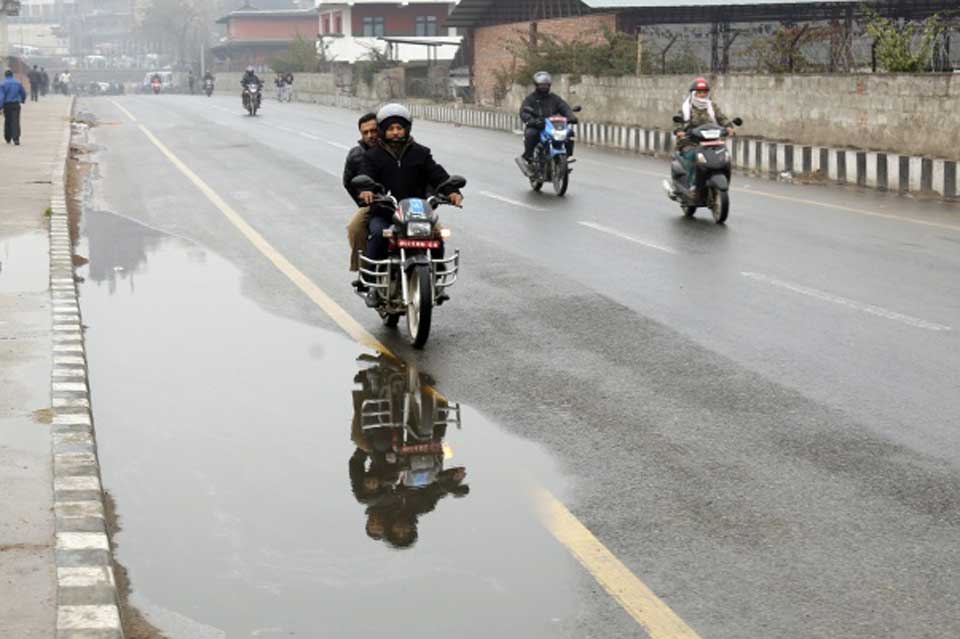 KATHMANDU, Dec 6: Cold has increased as the minimum temperature continues to fall constantly since the past few days due to the influence of the Westerly wind.

More cold has been felt as the Westerlies caused partial cloudy condition and a drop in temperature.

Senior meteorologist Sujan Subedi said that cold will increase with the minimum temperature continuing to dip as the winter season has already started. Generally December to February is taken as winter season.

He said that the weather has become adverse due to the influence of the Westerlies as well as the development of minor activities in the atmosphere. The rain-causing system has not yet developed and the cold will further increase if this system became active.

As per the weather forecast report the Division issued today, there are chances of light snowfall at a few places of the high mountainous region today and isolated brief rain has been predicted at one or two places of the hilly region, with partial to generally cloudy conditions.

KATHMANDU, Dec 25: As the winter is on the verge of its peak, colder has been experienced across the country... Read More...

NEPALGUNJ, Dec 25: Normal life in Banke district has been affected due to a cold wave and thick fog. Banke district... Read More...