Qatar could give Saudi more headache after leaving OPEC: Bloomberg 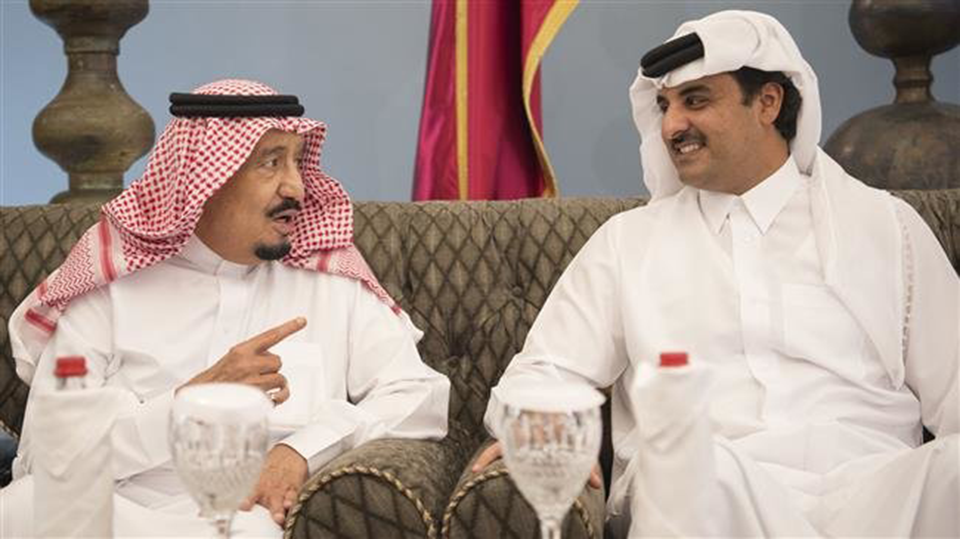 TEHRAN, Dec 6: Qatar’s surprise decision to leave the Organization of the Petroleum Exporting Countries (OPEC) might be just a taste of things to come, as some analysts suggest the tiny Persian Gulf country plans to irritate Saudi Arabia even more by leaving the [Persian] Gulf Cooperation Council ([P]GCC).

Qatar waited until Monday to announce its departure from OPEC, a move that guaranteed maximum effect ahead of the organization’s meeting this week in Vienna.

Sheikh Hamad bin Jassim bin Jaber Al Thani, Qatar’s former prime minister, said in a tweet that staying in OPEC was pointless because “It is just being used for purposes that harm our national interest.”

Now, Bloomberg argues that the reason provided is far more applicable to the [P]GCC, among the members of which are Saudi Arabia and the United Arab Emirates (UAE) -- the two countries spearheading a multi-country blockade against Doha.

Saudi Arabia has already extended an invitation to Qatari leaders to attend  the council's annual summit, which is due to be held in Riyadh on December 9.

According to Bloomberg columnist Bobby Ghosh, a similar announcement by Doha ahead of the summit "would undoubtedly irritate and embarrass Saudi Arabia."

The Saudi-led blockade against Qatar has been going on for 18 months over claims by Riyadh and its allies -- the UAE, Bahrain and Egypt -- that Qatar is destabilizing the region by supporting terrorism, allegations that Doha contests.

The six-member [P]GCC's inability to resolve the row shows how limited its powers are, Ghosh writes, arguing that Qatar "may now believe that it has nothing materially to gain from continued membership."

However, there are differences between the OPEC and the [P]GCC that Doha needs to take into account.

Describing OPEC as a "powerful cartel with a real impact on world affairs," Ghosh argues that as the group's only 11th biggest oil producer with little influence in the decision making process, Qatar stands to lose almost nothing by quitting.

It's a different story with the [P]GCC, "an ineffectual grouping that has little impact on regional affairs," Ghosh says.

"If Qatar were to pull out, it would reinforce the Saudi-Emirati claim that the ruling family in Doha is undermining the Arab consensus," he writes. "Staying in the alliance allows Qatar to signal that it is committed to regional cooperation, putting the onus for ending the blockade on the Saudis and Emiratis."

There is also the possibility that Riyadh and Abu Dhabi will try to kick Qatar out of the council, in which case it will be in Doha's best interest to beat them to the punch by leaving voluntarily.

The decision might have an impact on Kuwait, Oman and Bahrain, the other three [P]GCC members. While Bahrain tends to follow Saudi Arabia's lead in most issues, Kuwait and Oman have had a history of speaking up against "Saudi bullying."

On its way out, Qatar might have a chance to convince Oman and Kuwait to drop out as well, specially since both countries have remained neutral on the blockade.

Another reason that might keep Saudis and Emiratis from expelling Qatar is the possibility of a harsh reaction from the United States.

Breaking up the [P]GCC by either side would be detrimental to US President Donald Trump's plans to create an "Arab NATO," an anti-Iran frontier that will also serve Israel's interests.

"To that end, the Trump administration would like the Saudis to improve relations with Qatar, not further the estrangement," the author argues.

US to send troops to Saudi Arabia, hold off on striking Iran

Qatar to withdraw from OPEC as of January 2019

KAHMANDU, Dec 3 : Qatar on Monday announced its plans to pull out of OPEC, just days before a crucial... Read More...

1.6 million doses of COVID vaccine to be administered to people above 55 years
14 hours ago
Supreme Court denies issuing interim order as demanded by the Thakur-led faction to halt EC’s recognition process
16 hours ago