Locals of Dordi elated after getting ambulance 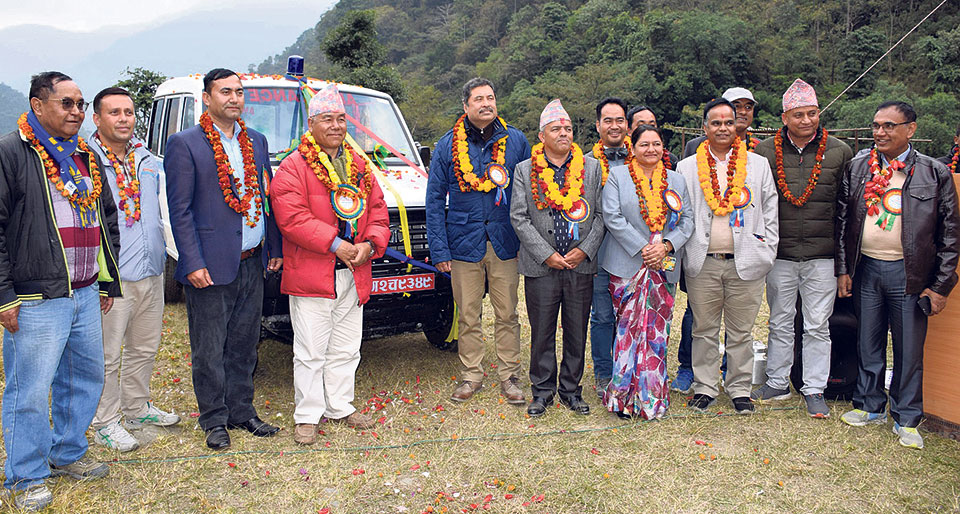 The locals were visibly happy after receiving an ambulance from the under construction Upper Dordi 'A' Hydropower Project.

Lawmaker Dev Prasad Gurung, chief whip of Nepal Communist Party (NCP), handed over the ambulance to the community amidst a program on Monday. Earlier, the locals had to suffer a lot especially during accidents or serious illness due to lack of emergency transportation service.

Chin Bahadur Gurung, chairperson of the project's coordination committee, informed Republica that the ambulance worth Rs 4.2 million was bought for Rs 1 million after the government waived tax. As for now, the ambulance will be kept near a local health post. In future, a committee will be formed to mobilize the ambulance.

The rural municipality chair Om Bhahadur Gurung expressed his happiness that no one will now have to lose their lives or risk their health in lack of immediate treatment.

"In the past, we had no option other than carrying the pregnant and elderly women to hospital by crossing the Dordi River," said Gurung.

Two killed in mini truck accident in Dhading
13 minutes ago