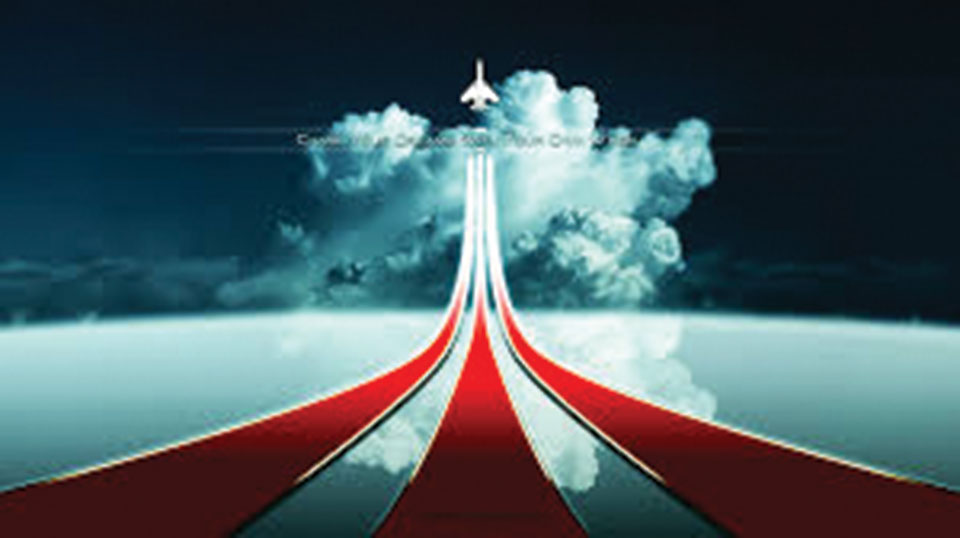 Why are 1500 plus Nepali youths leaving the country every day? Are they being forced to relinquish Nepali Dream for survival?

A young South Asian, with dark eyebrows, bushy black hair, short but stout built, rushed to serve me. The moment he opened his mouth and spoke few words in English, I knew he was a Nepali. “Chiya lyaunush na hai” (please bring me a cup of tea) I responded in Nepali. His eyes lit up. “A dai, Nepali ho?” It was a statement in question.

I smiled back in acknowledgment. He came up with a cup of tea, and started opening up his personal satchel, uninvited. By the time, I was done with the tea, I knew that he was born in a village in Nepal, went to a public school, joined a private college, went to the Middle East to support his family, earned some, saved some, and took more loan to leave Nepal, again. This time he was chasing an American Dream. He did not have a visa to enter the United States. It reportedly took him months to travel through several countries hiding from authorities and walking days and nights—almost the entire continent of South America—to enter into America. A Hindi song playing at the backdrop, in a dimly lit Indian restaurant, made his story even somber.

The American Dream the Baby Boomers had was entirely different from the one the millennials have. I bet, generation Z is going to put the use of social media and net neutrality at the center of their dream. When the Declaration of Independence was signed, the emphasis was on “life and liberty” because it was crafted by those who were fleeing political or religious persecution. The American Dream now roughly means a college degree, a personal means of transportation and a house.

The pursuit of happiness changed rapidly with time to the extent that the new American Dream probably does not even emphasize liberty. But America has always catered the immense possibility of happiness and everyone exposed to it kind of bought bits and pieces of it. Even the youths in the distant Himalayas, on the opposite side of the globe, could not remain untouched by the glitter of American Dream.

Nepali aspirations
Nepali Dream has remained largely undefined. My family, like most of yours, wanted me to study hard and become a thulo manchhe and its definition was never concrete. It could mean anything: a highly educated and respected person, a powerful person, or a person with lot of disposable income and so on. But thulo manchhe phenomenon was never defined as a Nepali Dream by anyone. I still wonder what Nepali dream is. I have not found the answer.

What is a Nepali Dream? Is it joining the Korean and Malaysian language classes to become semi-skilled workforce? Is it preparing for IELTS, TOEFL, GRE or GMAT to prove that you are worth attending a college in Australia, Europe or America? Is it channeling the young minds to march into Middle East to work like machines with the distant hope of enjoying life after 40, as one of the famous Nepali songs laments? Or is it immigrating to Europe and America in search of a better life?

If none of these constitute Nepali Dream, why are young people following these trends? If these don’t capture the essence of Nepali Dream—a life that is meaningful, with decent earnings right within the country, and a financial stability with a shot to upward mobility—it needs to be redefined.

Why do we have 1500 plus Nepali youths leaving Nepal everyday to work in the Middle East? Are they following their Nepali Dream or being forced to relinquish it for survival? Why governments after governments have failed to create a humble living for these youths right in Nepal? Why have these youths failed to realize any change at a time period when constitutions after constitutions have been promulgated by the unending waves of democracies? Why do Nepali youths have to leave in hordes to work for a Qatari dream, or an American Dream? Is Nepali Dream just a hyperlink to American or European dream? Is Nepal being a factory where kids are raised just to get plugged into the dreams of others? I am sure, you have more questions.

The dream that failed
Since the Panchayat era, English language—especially American English— has gobbled the Nepali psyche. That continued with the advent of democracy in phases. Nepali parents are pouring money into English schools to make sure that their children speak “perfect” English. The dollar that was 16 times powerful compared to a Nepali Rupee three decades back is 113 times stronger than a rupee now.

With the appreciation of a dollar, the English language associated to it is getting a psychological boost as well. People cross the border to make a little more in India. The conversion rate of 1:113 definitely attracts many. There must be a correlation between the two.

But, the real reason to the modern mass exodus is the lack of clarity of Nepali Dream. The Nepali Dream that was attached to Nepal, sold previously using the Royal faces of national unity, is largely void after the establishment of Republic. Even though, it remained vague for many who were untouched by the royal luster, one can argue, it glued the nation together. But it failed to assure the prosperity for the vast majority of Nepalis.

Nepali Dream was encroached on when Nepal started exporting muscles, in the form of mercenaries, during the world wars, which has continued till this date in different forms. Nepal is remittance pillared economy and Nepalis are hooked into or drugged into remittance economy.

In the fiscal year of 2016/17 alone, data shows over 600,000 Nepali youths left Nepal as migrant workers. The government is misusing the funds earned by those migrant workers. The spending of tax money on expensive vehicles for the elected representatives is an insult to those who are disappearing into the potholes big enough to gobble-up citizens. When a government fails to cover the street potholes, or nab child rapists and murderers, but spends time discussing imported fancy cars, or indirectly spends money on selling New Epoch to those whose safety and security is seriously compromised, it destroys the Nepali Dream at its inception.

Any luxury at an expense of common citizens whose two meals depend on the blood and sweat of their loved ones in the Middle East is a luxury too far and is definitely not worth having. When the wants of few to import more—just to consume more—overrides the basic needs of those whose two meals are uncertain, Nepali Dream definitely evaporates at its inception.

What next?
Nepal underwent rapid political changes in the last three decades and has become a Republic now. But mere slogan of ‘prosperous Nepal’ and ‘new era’ is not going to materialize Nepali Dream for the people.

Prosperity has to be felt by the people. Nepali Dream can’t be achieved by reinserting the picture of Mount Everest to cover the previous royal faces or relying on hyperbole to convince mass on possible prosperity. The government structures have to carry the hopes and aspirations of all and deliver the economic prosperity that Nepalis have been waiting for. Unless and until people believe in the system and have faith in governance, the word “Republic” sounds hollow.

The government has a lot to do in order to build a foundation for a Nepali Dream. It has to deal with citizens who are already working towards leaving the country. It needs to create an environment of trust for many youths abroad considering return—to contribute to the development of the Republic. It needs to deconstruct the education system that is indirectly and directly selling the foreign dreams to the young minds. It needs to uproot Munglan culture deeply engrained in our society. More importantly, it needs to repackage the Nepali Dream and sell it to all Nepalis, especially to those toiling in the treacherous parts of the world just to make ends meet.

The government is reportedly working on keeping the youths by introducing different safety nets. Those are positive developments. But without a thread of meaningful life that connects every Nepali to the defined Nepali Dream, the mere slogan of change won’t stop anyone from leaving the country.

The government has to come up with a strategic plan to tap into the minds and muscles of young Nepalis. It needs to create opportunities and hope for those young minds before they pack their bags and leave, to convince the youths, like the one who ignited this write up, that they don’t need to risk their lives to enter America chasing a distant dream anymore, because all their dreams can be realized right at their birthplace.

Nepali Dream should not be just a hyperlink to American or European dream.

The author is Cofounder at Advocacy for Refugee and Immigrant Services for Empowerment (ARISE), a nonprofit organization based in Massachusettsbaral.mukesh@gmail.com