Lost lessons of World War I 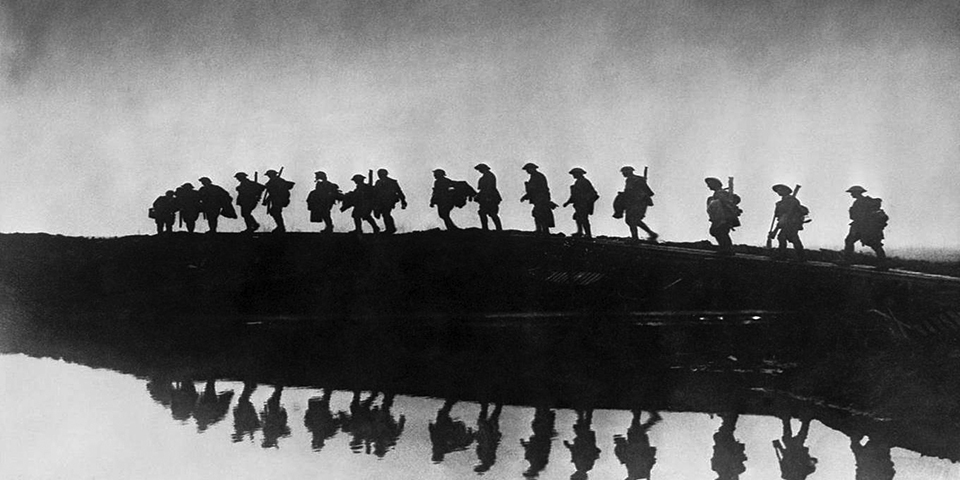 PARIS – It has been 100 years since World War I ended, and the centenary was commemorated this month with great pomp in Australia, Canada, France, and the United Kingdom. Germany sent high-level authorities to France to mark the occasion, reaffirming the reconciliation between the two countries. But the fact that Franco-German reconciliation did not occur until Europe had suffered another devastating war demonstrates how fragile peace can be, especially when political leaders are as shortsighted as they often are.

The Cambridge historian Christopher Clark aptly titled his 2012 book on the origins of WWI The Sleepwalkers. Through a combination of willful blindness, utter complacency, and intense stubbornness, Europe’s leaders subjected their countries to a conflict that shattered an entire generation.

By the time WWI erupted, it should have been clear that industrialization and the transportation revolution had transformed warfare. The Crimean War of 1853-1856 had over one million casualties; the American Civil War of 1861-1865 resulted in over 600,000 deaths.

Despite these experiences, Europe’s leaders clung to the nineteenth-century military theorist Carl von Clausewitz’s dictum that, “War is the continuation of politics through other means.” So politics continued in the form of war, resulting in 20 million military and civilian casualties.

Yet not even that was enough to wake up the sleepwalkers. In the years following the Armistice, Europe’s leaders failed to transcend the divisions that WWI had laid bare, with the tensions between the French and Germans being particularly destabilizing.

This failure was reflected in the Armistice itself, which imposed excessively harsh requirements on Germany, including billions of dollars in reparations payments, due at a time when the country faced a deep economic crisis. Meanwhile, international oversight was too weak, with the League of Nations remaining largely silent in the face of dangerous developments, such as Adolf Hitler’s remilitarization of the Rhineland. The US Senate’s rejection of the League of Nations in 1919—and thus of the principles of internationalism and multilateralism that President Woodrow Wilson had promoted—certainly didn’t help matters.

More fundamentally, WWII erupted because nationalism was allowed to continue to fester. French Prime Minister Georges Clemenceau, for one, remained deeply nationalistic and, in particular, vehemently anti-German. But while behaving like Clemenceau might win the war (especially if a power like the United States shows up to offer crucial help), it cannot win the peace; hard nationalism naturally leads to conflict.

Yet, today, a major world leader, US President Donald Trump, is behaving very much like Clemenceau. This holds serious implications not just for the US, but also for Europe. To be sure, French President Emmanuel Macron embraces the “Wilsonian principles” that Trump rejects. But, as the interwar period starkly showed, if core rules and principles are not accepted by all, the institutions they underpin cannot be sustained.

WWII accomplished what even WWI could not: it ended the era of European global dominance. While Europe has grown and prospered since 1945, it has not regained the global leadership status its major countries once possessed. This leaves today’s European Union at the mercy of a US that has rejected multilateralism and embraced nationalism.

Of course, plenty of the risks Europe faces lie within its own borders. In France, for example, many are brushing off the warnings issued by Macron—or, more concretely, by their history books—as they push back against their president’s efforts to take up the mantle of multilateralism. The risk today is that generations that have not known war will reproduce the chain of events that lead to it. This risk is exemplified by the recent “yellow vest” protests in France against an environmental tax on fuel. The protests were also intended to be a broader rebuke of Macron, whom many blame for their declining spending power.

The protesters probably think that they are acting in the spirit of the 1789 French Revolution, a spirit that the French periodically revive in their country’s politics. But they are actually reenacting the 1930s, with its right-wing protest movements and militias.

This is not to say that French citizens—and, in particular, young people—have nothing about which to complain. Unemployment has remained too high for too long, and while France has largely escaped the spike in income inequality seen in other countries, such as the US, systemic inequalities are pervasive.

But the fact is that the emotional rejection of any person or institution even remotely associated with established “elites”—including mainstream political parties and trade unions—lends itself to exploitation by populist demagogues. And history could not be clearer about the risks generated when such demagogues secure power.

The world has changed profoundly over the last century. Our economies are more deeply intertwined than ever before, and the sheer scale of destruction that could be wrought by today’s weaponry may invite some semblance of restraint. But, as Trump’s erratic presidency—including his challenges to longstanding alliances and reckless nuclear posturing—starkly demonstrates, the structures we have created to preserve peace are far from foolproof. With populations across the West embracing nationalistic and populist ideas, we are again dancing on the rim of a volcano.