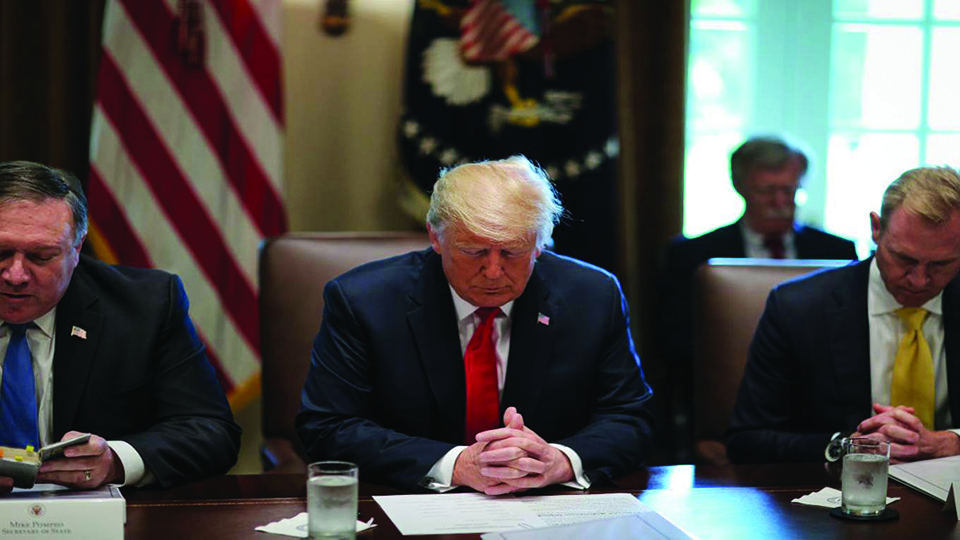 In the last two years, a consensus has emerged among foreign policy experts that Donald Trump is singlehandedly demolishing America’s global standing. By starting trade wars, withdrawing from multilateral accords, treating friends like enemies and dictators like friends, Trump seems to be violating all the rules. He prefers unilateral action, holds a narrow view of American economic and national security, and has little interest in the vast web of international institutions, norms, and rules of law that the United States helped build and has supported since 1945.

But Trump is less the architect of the major geopolitical shifts we are witnessing than he is an avatar for domestic and international forces that will almost certainly outlast his presidency.

Domestically, income inequality and fears inspired by globalization and automation have increased Americans’ skepticism toward trade and immigration. Political polarization has divided Congress, the media, and citizens into hostile camps, and could spill over to foreign policy issues, where bipartisanship has proved most resilient.

Internationally, China’s rapid ascent implies America’s relative decline. Even though the US will remain the world’s most powerful country for decades, it will find it increasingly difficult to achieve longstanding foreign policy objectives in the Asia Pacific region. Both there and in Europe, US allies are experiencing slow growth and population decline, raising questions about whether they can pick up the slack. And trust in America’s dependability has declined sharply around the world.

Yet at home, Americans remain remarkably steadfast in their support for multilateral institutions, alliances, and the role of the US as a global leader. So the question is whether the US can return to business-as-usual and regain its previous international status after Trump leaves office.

Rather than assume that it can, the time has come to start auditing the damage inflicted by Trump and closely analyze the domestic and international forces that are reshaping America’s role in the world. Americans do not have the luxury of waiting until the current political paroxysm passes to begin considering how the US can craft a credible and sustainable foreign policy in a hyper-partisan environment, and how it can do more with less. Americans must start crafting a new foreign policy that reflects twenty-first century interests, objectives, and constraints – and that recognizes Trump for what he is: a symptom of deep processes that he probably understands only dimly, at best.

Ukraine is reprising the same bizarre story that brought Trump to power in 2016 ... Read More...

China is justified in pursuing the policies that it sees fit, at least until evidence emerges that its own people... Read More...