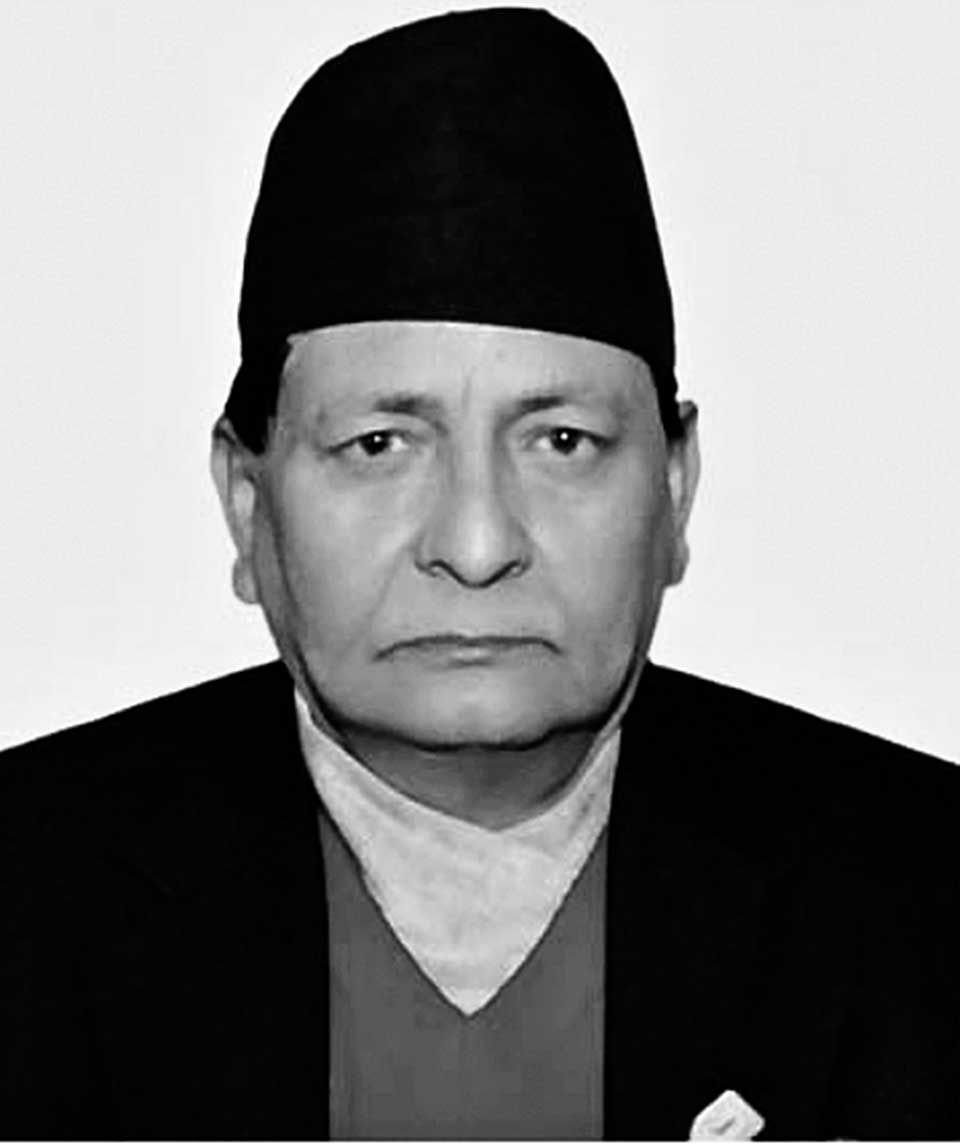 KATHMANDU, Nov 24:  Former Chief Justice Kedar Prasad Giri who had scrapped the Royal Commission for Corruption Control (RCCC) formed by then King Gyanendra to suppress the democratic leaders, passed away on Friday. He was 75.

He died in the course of treatment at Norvic Hospital in Thapathali, Kathmandu where he was being treated for chest infection since the past few days.

Giri was cremated at Pashupati Aryaghat on Friday. Giri was appointed as the head of the judiciary by then Prime Minister Girija Prasad Koirala when despite a parliamentary hearings committee’s divided opinion on Giri’s appointment as chief justice.

“I remember him as a courageous judge,” senior advocate Harihar Dahal who is also a former president of NBA told Republica. “He confided to me that he had faced threats from those in power while deciding the case against the royal commission,” Dahal said.

“He had always stood for democracy, human rights and rule of law.”

Dahal said Giri as a judge of the then regional court had boldly decided to release democratic leaders like Ganesh Man Sigh and Manamohan Adhikary from jail.   Giri was stabbed by one Prabhat Kumar Gupta at the former’s residence in Ghattekulo in 2005. The incident had prompted the apex court and the appellate courts to request the government to provide security to judges.

An emergency full court meeting held Friday expressed deep condolences on his demise and decided to close all courts and judicial institutions in the country on Sunday, according to Kishor Paudel, media expert at the Supreme Court.

KATHMANDU, Nov 22: Nepal Bar Association is going to hand over a memorandum to the Speaker and top leaders of... Read More...