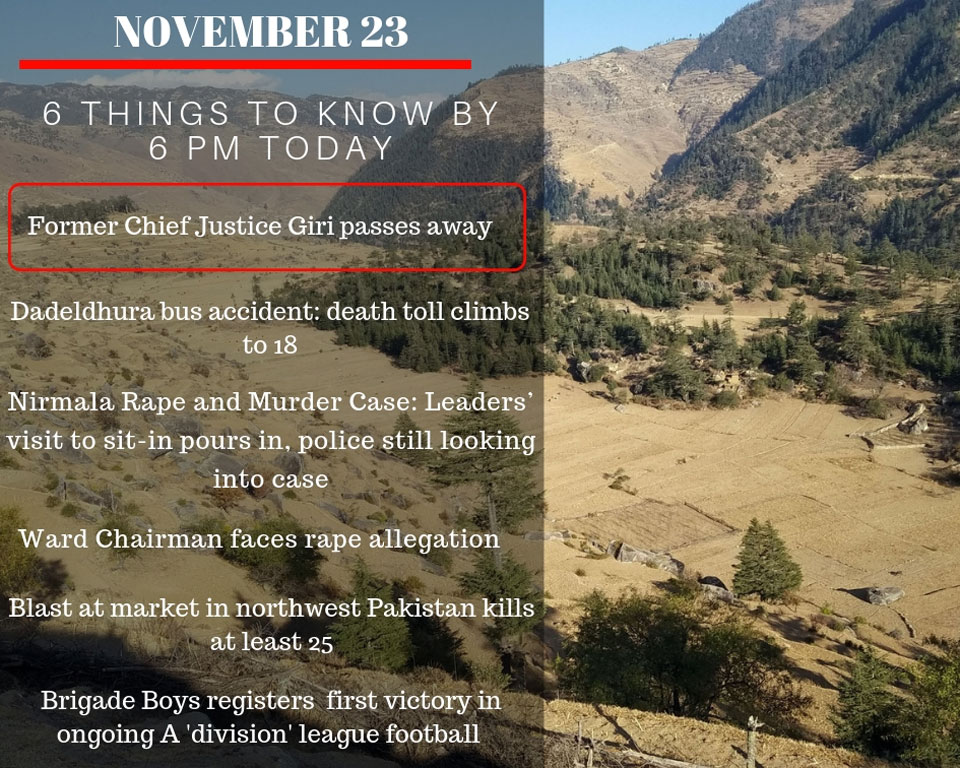 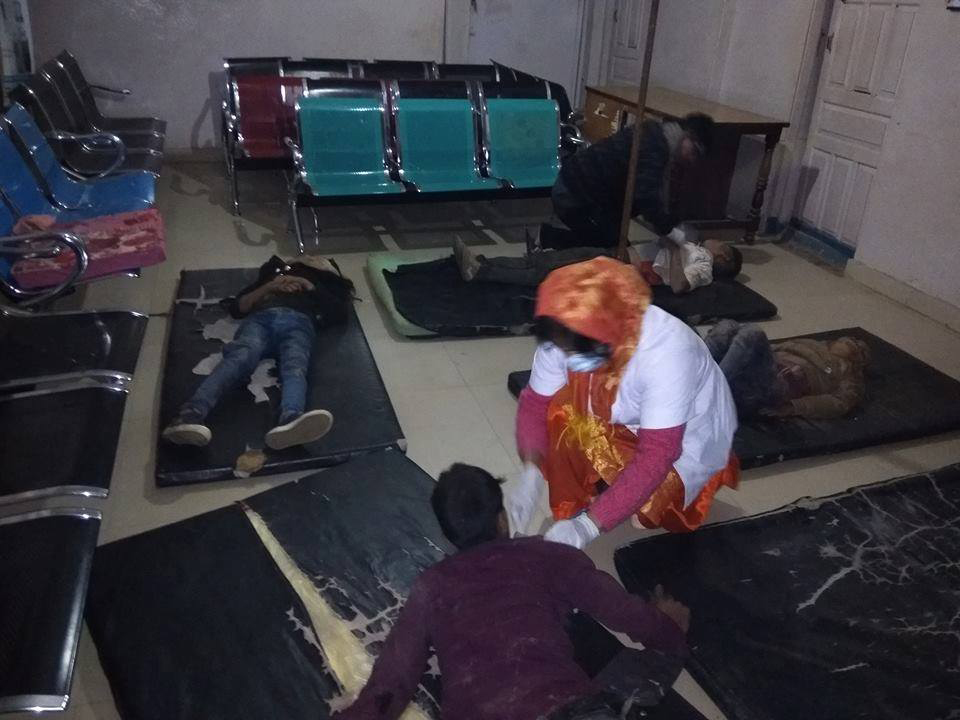 The death toll from Thursday’s bus accident in Dadeldhura has climbed to 18 as two more injured succumbed to their injuries during treatment. Earlier, ten people died on the spot and six people breathed their last during treatment after the overloaded school bus met with an accident at Raduwakhola of Amargadhi Municipality-11 in the district. 27 people were injured in the accident.

Nirmala Rape and Murder Case: Leaders’ visit to sit-in pours in, police still looking into case
Nirmala was raped and murdered on July 26 and her body was found in a sugarcane field the next day.
Earlier, the bereaved parents of Nirmala had met Prime Minister, Minister of Home Affairs and leaders from the opposition party in pursuit of justice. Since they staged sit-in, locals alike, leaders and parliamentarians have been visiting them to assuage them and assure them of justice. More than 1,000 persons have expressed their solidarity with their crusade for justice as of Thursday evening. Majority of the leaders and parliamentarians visiting Nirmala's parents are from the major opposition party-Nepali Congress (NC).

Ward Chairman faces rape allegation
Chairman of Shukla Gandaki Municipality-8 in Tanahun district, Krishna Prasad Regmi, has been charged of raping a woman from the same ward. The woman has filed a complaint at Area Police Office, Belchautara on Thursday on a charge of a rape case against Regmi. The woman’s health checkups were also performed on Thursday itself.

Blast at market in northwest Pakistan kills at least 25
A suicide bomb attack on a crowded festival and market in northwest Pakistan’s northwest killed at least 25 people on Friday and wounded 20, a government official said. The blast occurred at around the same time that three attackers tried to storm the Chinese consulate in the southern city of Karachi. Two policemen and the three attackers were killed.

Work halted due to lack of construction materials, increasing Nepal’s financial liability by Rs 15 million a day
20 minutes ago