Italian for the Nepali palate 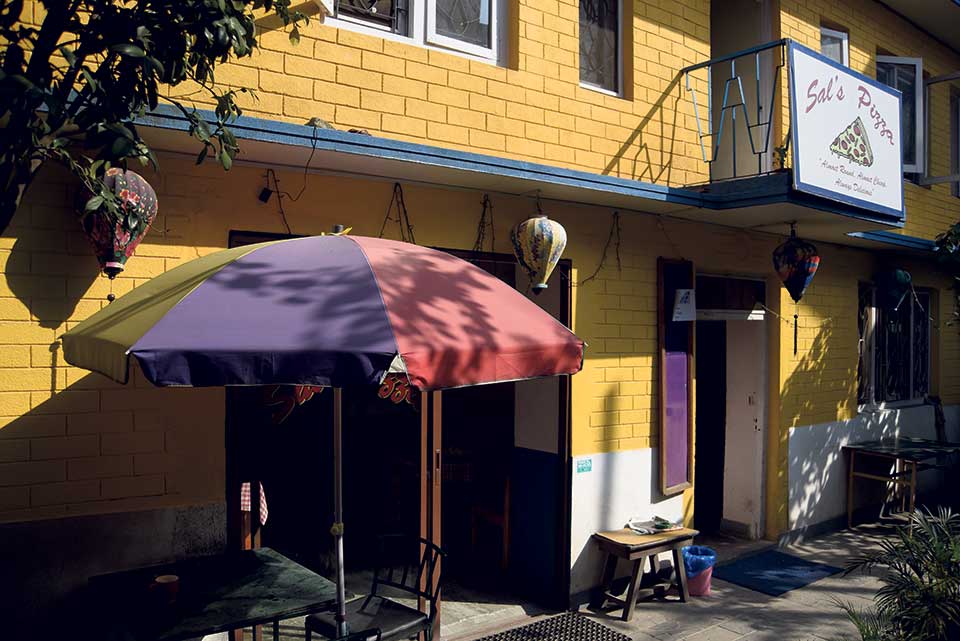 Who does not love pizza, right? But at most restaurants, pizzas are quite pricey. So, sometimes as much as we might be craving for a slice of gooey pizza, we can’t really order it because it does not fit in our meager eating out budget. Sal’s Pizza comes to your rescue during these times. This eatery runs on the dictum, “Almost Round. Almost Cheap. Almost Delicious.” And the dictum frames their business almost perfectly, minus the almost delicious part because that could not be more wrong.

The founder and owner of Sal’s Pizza, Ramesh Majhi, claims that they – the administrative team – included the almost delicious bit because all of the food items in their menu have a distinctive taste original to Sal’s Pizza and that does not sit well with everyone’s palate. Their menu currently comprises of a variety of pizzas, naans, naanwiches, momos, ice creams, drinks and light fast food items including French fries, cheese sticks, and spaghetti to name a few.

There is also a section on the menu that mentions that you can create your own pizza by picking the toppings you want. These toppings are added to their basic pizza that is just the pizza crust, their in-house tangy tomato sauce topped with shredded mozzarella cheese.

Although this eatery is pretty popular among people who are currently living in the capital, that was definitely not the case when Majhi and his friend William Lavigne introduced it back in the year 2006. “We did not really think this would develop into a big business. We just really liked pizza and, back then, there weren’t many good pizza hubs in Kathmandu,” claims Majhi. The two of them started Sal’s Pizza from a single room and without involving anyone else.

They prepared the pizzas themselves and, at that time, that was all they offered. However, in no time, word spread about their delectable pizzas and the one room eatery expanded into a spacious restaurant that offered more than just pizzas.

Majhi claims that Sal’s Pizza has gotten more and more popular over the years. He suspects that because the place is located inside an alley customers who are visiting it for the first time might find it difficult to locate it. “But once they find us, they keep revisiting because they really enjoy our food,” Majhi adds.

A fun thing that happens every Monday at Sal’s Pizza is quiz night. Lavigne was the one who introduced this tradition. Groups of customers take part in their pop quiz that starts at 7:00 pm and the group that wins the quiz wins a free pizza. Lavigne conducts this weekly project whenever possible but since he spends most of his days in the USA, his friends – who live in Kathmandu – conduct it in his absence.

Quiz nights are fun nights at Sal’s Pizza but with the food they have every other night too can be equally interesting. So if you haven’t been to Sal’s Pizza just yet, we recommend you do. 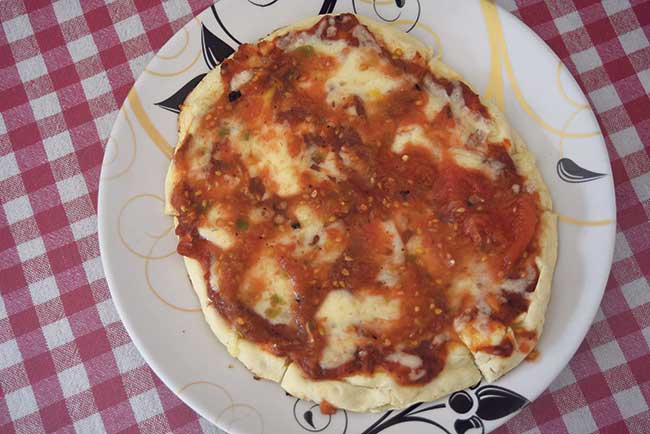 The name is a good description of this pizza. It is super spicy and has a traditional Nepali twist to it. Fair warning though, you will not like this pizza if you don’t like the classic Nepali blended tomato pickle because that is what gives this pizza its unique taste. It’s not your typical cheese pizza and somehow adding the tomato pickle works really well. Also, you will see the phrase ‘Almost Round’ come into play with the pizzas here as none of them are perfectly round. Thankfully, that does not affect their taste. 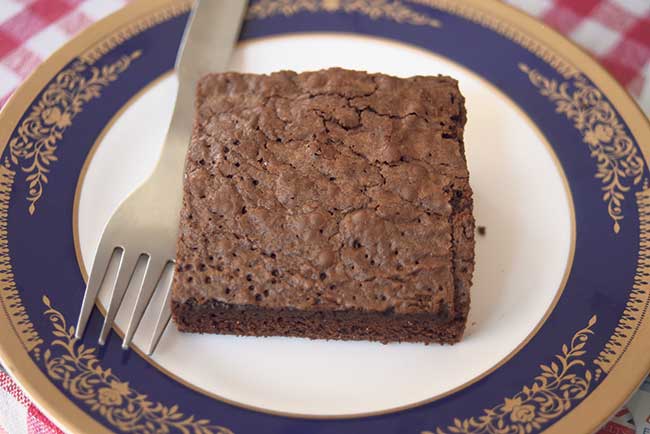 It’s hard to find bakeries or eateries in Kathmandu that sell tasty brownies. So every once in a while when we find a place that actually has good brownies, we tend to keep going back for more. Sal’s Pizza is one of those rare places inside Kathmandu that makes good brownies. It is very chocolate-y and the crust of the brownie is just the right amount of papery without being cake-y. The inside of the brownie is mildly moist and it’s just lip-smackingly delicious. It’s tastes even better if you have it when it’s still hot. 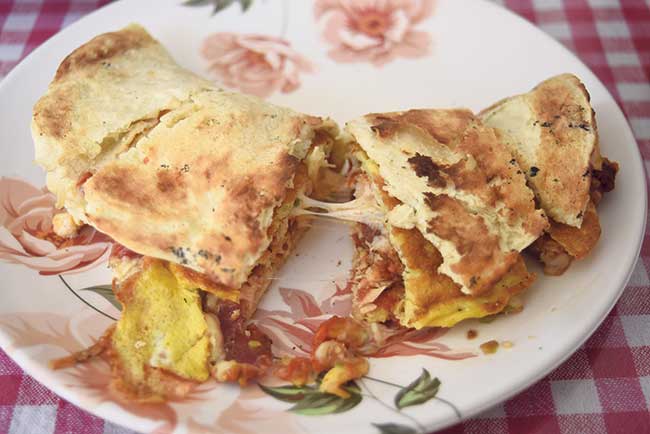 We would like to personally thank whoever came up with the recipe for the naanwiches at Sal’s Pizza. It’s almost like a combination of a wrap, burrito and sandwich but only has the best of all three of these. Using a naan instead of bread really pulls through in this dish. It puts a fresh spin to what might have been a bland sandwich. This is a delight especially for the meat lovers as a two-egg omelet and two different varieties of meat (of your choice) are included in its preparation.

Prime Minister moving to new residence with bunkers
51 minutes ago