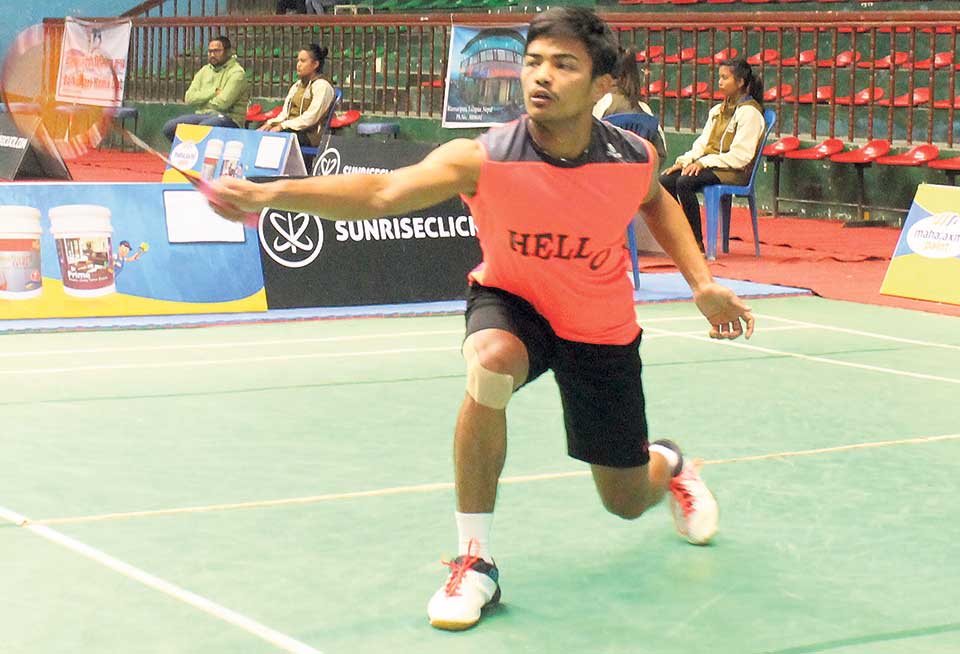 In men’s doubles, the departmental teams dominated as well. APF’s Dhami and Bijit Thapa Magar along with Gautam Kathayat and Sunil Joshi reached the semifinals.

The pair of Dhami and Magar defeated Police’s Deepak Bohora and Jeevan Acharya 21-16, 21-17, while the pair of Kathayat and Joshi beat Banke’s Irfan Ansari and Riyaj Ansari 21-15, 21-16 to secure their semifinals berths.