Not disclosing cabinet decisions a huge setback for freedom of info 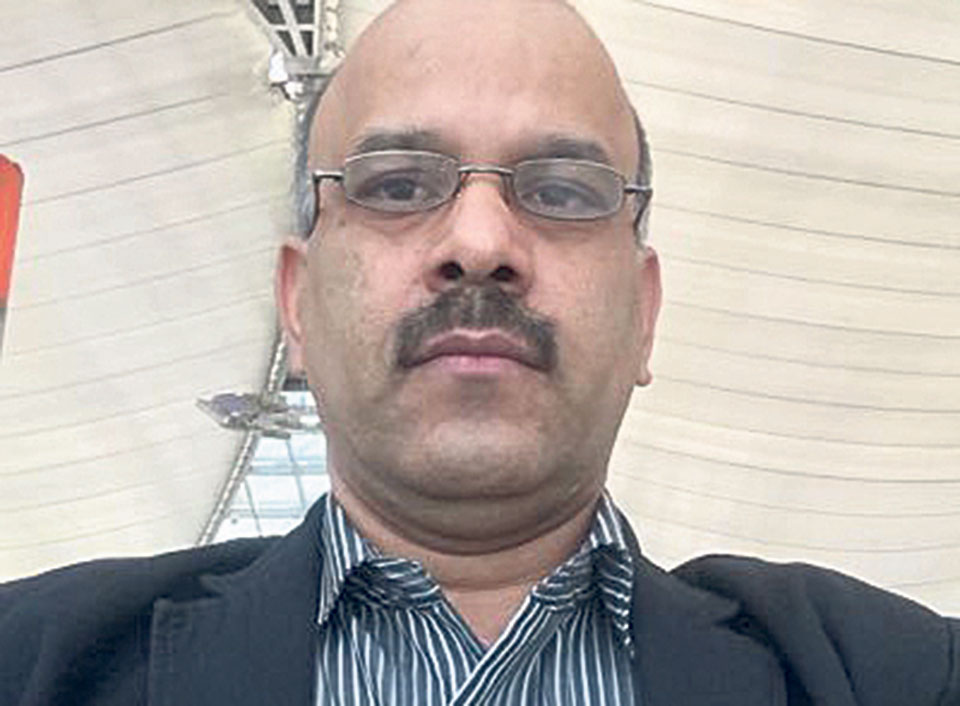 KATHMANDU, Nov 14: The way Minister for Communication and Information Technology Gokul Banskota responded to a crowd of reporters desperately waiting to learn about the decisions of a Cabinet meeting the other day has saddened and angered Nepal’s media fraternity.

Reporters from mainstream media were waiting in front of the Prime Minister’s Office until late into the night, braving the cold of the approaching winter. When Communication and Information Minister Banskota appeared, they followed him as usual to hear about any decisions taken by the Cabinet meeting. But unlike during previous media briefings, Minister Banskota was not smiling. Nor did he seem interested in sharing anything with the press. He said, “Friends, the cabinet has taken various decisions and time will tell what those decision are.”

And he was then on his way.

The reporters were astonished. Desk editors at newspapers who were awaiting the Cabinet meeting for last minute news stories were left confused. The editors, who never hesitate to give front page treatment to Cabinet decisions, were also dismayed and disgruntled.

Banskota’s refusal to divulge Cabinet decisions was covered widely by the print media, online news portals, radio and television. It also went viral on social media. The argument about the government decision now rumbles on and most of it is critical of the government.

Prime Minister KP Sharma Oli’s press advisor has stated that they are working on the procedures for Cabinet briefings whereas Communication Minister Banskota, who is also the government’s spokesperson, has defended the government. He says it takes 48 hours for such decisions to mature. Media is unconvinced.

The government’s move has long-term implications and calls for serious debate. Needless to say, it was not a move taken in haste. Instead, it seems the government reached this point after weighing various calculations.

And it is clear it cannot elaborate on the underlying reasoning because it was not based on good intent. It is certainly not for strengthening the democratic rights of the people.

Based on their oral briefings media used to disseminate government decisions to the public. The minutes of the meetings were never sought for reporting purposes. In other words, the government orally disseminated its decisions but never made public some sensitive information.

So far, Nepal has never witnessed any violence or irregularities that can be attributed to immediate dissemination of Cabinet decisions to the public. Instead, the government would be forced to backtrack from some controversial decisions in the face of strong public feedback.

For example, the government recommended former election chief Neel Kantha Uprety as Nepali envoy to India. Constitutional questions arose when the news broke. Consequently, the decision was not implemented. Some years back, protests were sparked following a Cabinet decision on provincial demarcations. But the protests never caused any harm or affected the decision itself. They only bolstered democratic values.

Why then has the government taken this unpopular step of not disclosing Cabinet decisions? We can only surmise that it wants to avert possible protests and criticisms so that it can enforce its decisions without let or hindrance. This approach creates a basis for arbitrary rule. Democratic governments should be responsible toward the public at any cost and their every activity must be transparent. The incumbent government is trampling on this principle. Its questionable move has shrunk the people’s constitutionally guaranteed freedom of information, on which is predicated the right to freedom of expression. Participatory democracy means people are first and foremost properly informed about the government decisions and intentions and that they participate in their implementation on that basis. This government decision has saddened the public. How can there be rule of law while keeping reporters in the dark? This is a stark question.

How can this government ensure the people’s right to information through press briefings held just once a week? The decision seems both ridiculous and annoying especially in the age of internet and social media. People explore the news on social networking sites round the clock and react accordingly. A strong culture of openness is already in place. Can this government face down this open culture?

Once the government refuses to brief the media about Cabinet meetings, reporters will need to develop other sources. Waiting out the whole week for a government source to dole out the information will not be practical. Even as the government spokesperson skipped the media briefing, information on Sunday’s Cabinet meeting was leaked to state-run Gorkhapatra on Monday. This indicates that readers will need to rely on unofficial leaks, which was the practice during the Panchyat era.

The government’s decision is a regressive one. It will promote corruption and wrongdoing in high places, not transparency. And it will ultimately weaken the role of a responsible media and the governance system will itself weaken in the long run. For a democracy it is tantamount to poison.

The decision has not only shrunk the people’s constitutionally guaranteed right to information but also weakened the role of the sovereign people overall. For the free press it is a serious challenge. It poses a serious risk of government suppression in course of disseminating easily available information.

KATHMANDU, Nov 26: A meeting of the Council of Ministers held on Wednesday authorized the Ministry of Land Management, Cooperatives... Read More...

YANGON, Dec 24: Myanmar court is on Monday due to hear an argument in the appeal of two Reuters reporters sentenced... Read More...