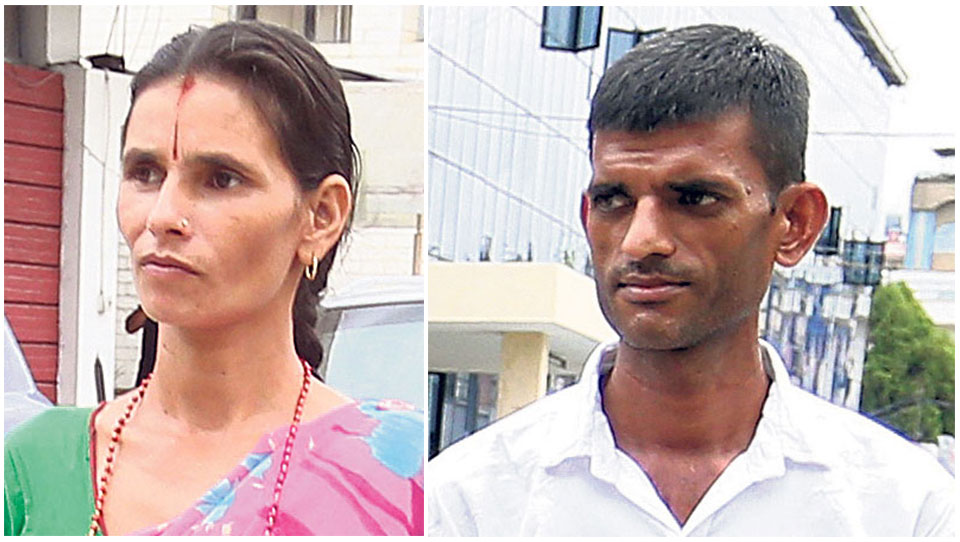 KANCHANPUR, Nov 11: With no progress apparent in the investigations, the parents of rape and murder victim Nirmala Panta are starting a sit-in protest for an indefinite period from Sunday in Mahendranagar, district headquarters of Kanchanpur.

Human rights activists and civil society members are supporting the parents in their crusade for justice for their murdered child.

According to Meena Bhandari, coordinator of the struggle committee formed to pressure the government to deliver justice in the case, the couple will begin their protest at 11 am on Sunday with a rally starting from Madanchowk.

Nirmala’s parents, rights activists and locals will participate in the rally. They will then turn the rally into a sit-in after reaching the District Administration Office (DAO).

“We have decided to support Nirmala’s parents in their decision to stage a sit-in for an indefinite period of time,” Bhandari informed.

Nirmala’s father Yagya Raj said they would continue the sit-in until justice is done. “We are starting a sit-in for an indefinite period of time so that others will not have to meet the same fate as my daughter,” he said, requesting the public to support their campaign.

The victim’s mother Durga Devi said they have only received assurances of justice and empty promises. “My daughter’s soul will rest in peace only after her attackers are booked. My heart will never be at ease until justice is delivered.”

Locals have pointed out many suspicious things surrounding the government’s failure to nab the culprit or culprits even three months after the incident.

While it has been established that police destroyed the evidence, their motive is still unclear.

Police also attempted to frame a mentally-challenged individual for the rape and murder. This is also seen as an attempt by police to protect the guilty and it has further eroded the trust of the locals in the law enforcement apparatus.

Furthermore, the locals have raised questions over the authenticity of the DNA examinations.

They are demanding that the government investigate the suspects pointed by the report produced by a high-level probe committee. They have likewise demanded thorough investigation of police personnel who destroyed the evidence.

Eight probe committees have already been formed to investigate the case. However, none of these has been able to make any progress and hopes of justice being done are fading with each passing day.

Nirmala Panta, the 13-year-old girl from Bhimdutta Municipality-2 of Kanchanpur, went missing on July 26 after she had gone to her friend Roshani Bam’s house earlier that day. Her body was found the next day in a sugarcane field.

KATHMANDU, March 13: The District Court of Kanchanpur has issued a 35 days warrant to the then SP Dilli Bista... Read More...

BHIMDUTTANAGAR, Nov 21: Nepali Congress youth leader and lawmaker Gagan Thapa has alleged that the government was not serious regarding... Read More...