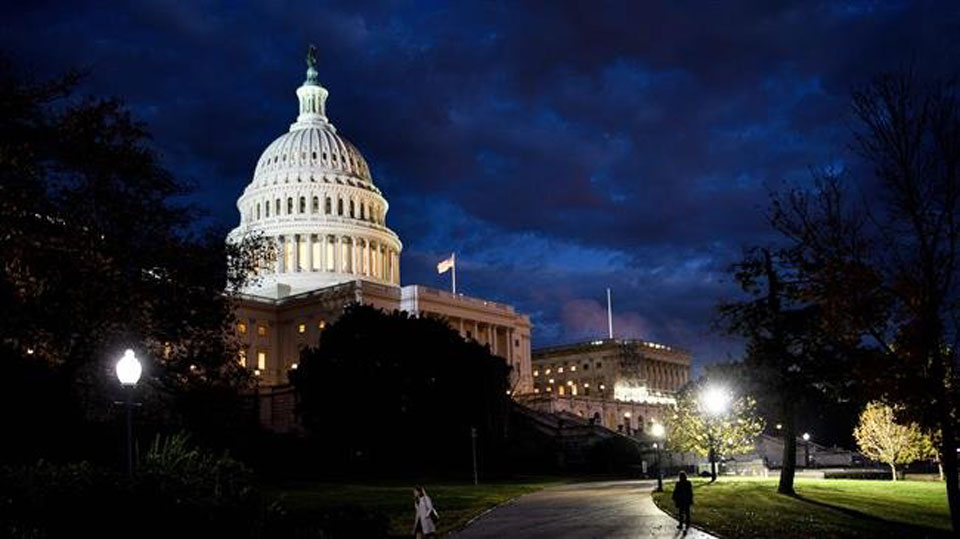 WASHINGTON DC, Nov 7: US Democrats are set to take control of the House of Representatives for the first time in eight years, a crucial victory that spells trouble for President Donald Trump in the second half of his first term in office.

To win the House, all Democrats needed to do was to flip 23 Republican seats, a task that proved too easy for the opposition party.

While the Senate was a lost cause from the get-go, Democrats were highly optimistic that they would win back the lower chamber of Congress.

Initial results of the frenzied midterm elections projected Democrats as the next majority party in the House, with NBC predicting a 230-205 makeup.

By winning the House, Democrats will have the opportunity to frustrate Trump’s legislative plans and ramp up their “obstructionist” approach, as the president would like to call it.

Omar, in addition to being one of the first Muslim women in Congress, will also be the first Somali-American member.

The Democrats can also freely launch investigations into Trump's administration and his controversial business affairs, from tax returns to potential conflicts of interest.

However, the majority is not going to be big enough to let them bring up more ambitious topics such as impeaching Trump and his latest addition to the Supreme Court, Judge Brett Kavanaugh.

Despite a general disagreement between Democratic leaders about going as far as impeaching the Republican head of state, there are still several lawmakers who think Trump has committed enough wrongdoings to be impeached.

Last year, some lawmakers even put together articles of impeachment but failed to get the party support they needed before bringing them to the floor.

Democrats hold a similar view about Kavanaugh, who was confirmed despite facing a number of high-profile sexual assault accusations.

Trump and the White House stand accused of limiting an FBI investigation that would have otherwise incriminated Kavanaugh and terminated his nomination.

The House victory might also help Democrats look into Trump’s alleged ties with Russia, a highly-debated topic that is currently under investigation by the Justice Department’s Special Counsel Robert Mueller.

First results of the heated elections also confirmed that the Senate will stay Republican, thanks to a strong campaign push by Trump.

It took the presidential party a few hours after votes closed to reach the required 50-seats majority and celebrate victory.

Trump was quick to brag about the victory.

The Republicans, who headed to the elections with narrow 52-48 majority are now projected to open an even bigger gap.

So far they have won two of the 26 Democratic seats that were up for grabs.

In the State of Indiana, one of the Trump’s three stop on the Election Eve, Republican challenger Mike Brawn defeated incumbent Democratic Senator John Donnelly by a healthy margin of almost 10 points (52.8 percent to 43.2 percent).

Republicans won big in North Dakota, as Kevin Cramer managed to knock seating Senator Heidi Heitkamp out of the Senate by a huge margin (56.5 percent to 43.5 percent).

But perhaps the most intense race took place in the state of Texas, where incumbent Senator Ted Cruz was projected by Fox News and other outlets to pull off a surprisingly close victory against his rival Beto O’Rourke in the traditionally Republican territory.

While Democrats were never projected as the favorites to flip the Senate, it is still surprising to see how they failed to make a splash despite receiving intense support from party heavyweights such as former President Barack Obama, former VP Joe Biden and former First Lady Hillary Clinton.

UNITED STATES, Nov 7: Harry Bhandari of Nepali origin has the won the Senate in the mid-term election of the... Read More...

WASHINGTON, Nov 9: Democrats grabbed a Republican-held seat in Illinois on Tuesday as they fought to retake control of the Senate... Read More...