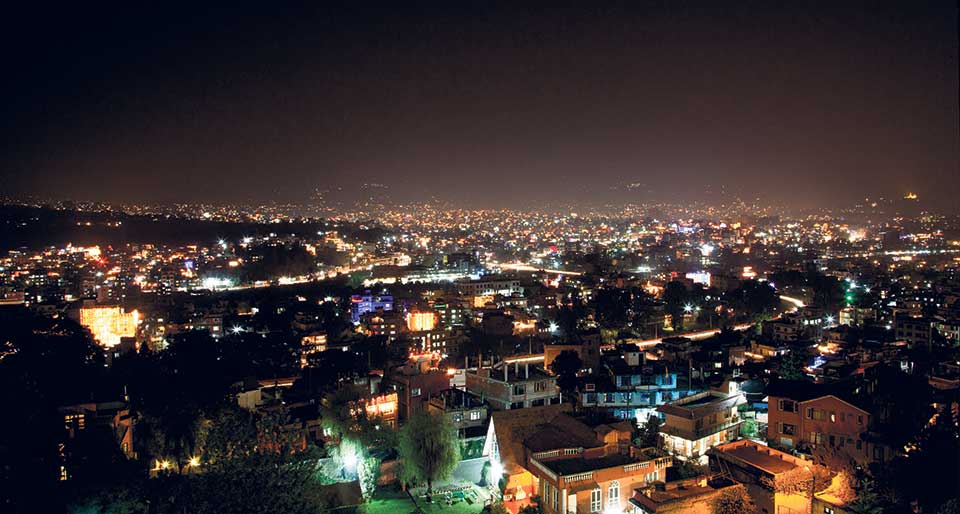 Priya Agrawal claims that she is excited about this year’s Tihar, just like last year and the year before that. The 18-year-old calls it her absolute favorite festival and says that, because the festival has so many things going on, from putting up string lights and cleaning out the oil lamps to worshipping different animals and making rangolis, she is usually super busy during Tihar but doesn’t mind it one bit.

“I usually get bored if I have to spend more than a single day cooped up inside my house but I don’t mind that during Tihar. Everything during this time of the year feels pleasant and I’m one happy person,” she says. 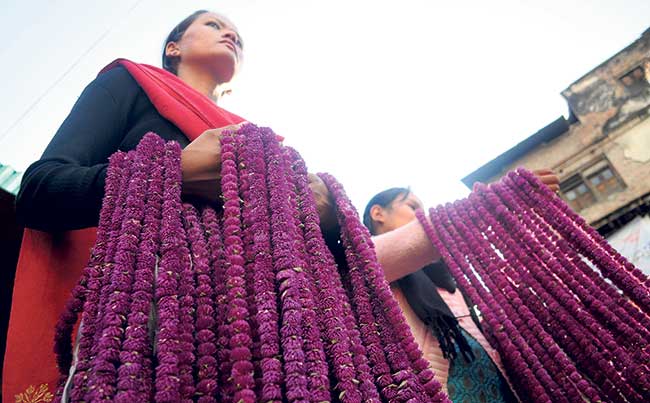 Prem Khadka, a 28-year-old physics teacher, thinks that it’s the younger generation of Nepalis who especially enjoy Tihar a lot because of the fact that it is a visual spectacle.

For Khadka, getting to spend quality time with his family is the reason why he loves Tihar more than the other festivals he celebrates. “Throughout the year, everyone in my family is busy doing their own things and we kind of lose our coordination and orientation as a family. But all of it is revived during Tihar,” says Khadka. He adds that every member of his family is equally involved in the preparations for Tihar and all of them value this bonding. 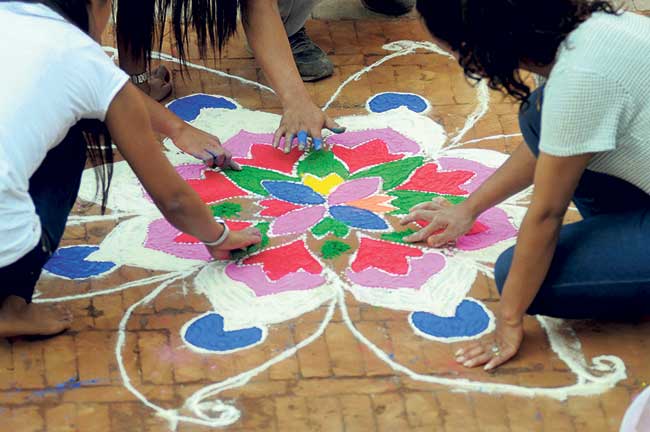 Similar to Khadka’s reasonings, Nira Hamal loves Tihar because she gets to spend time with her whole family. Both of Hamal’s sons live abroad and the only time she gets to meet them is during Tihar. She claims that because Tihar celebrations are shorter than Dashain celebrations, both of her sons visit during this time. “Both of them say they want to be fully present during the celebration of at least one Nepali festivity. They have both liked Tihar since they were kids so they have made it their home coming time,” she says.

Besides that, she also reveals that she enjoys watching her three grandkids performing deusi-bhailo with other kids from the neighborhood. She claims that she has a bittersweet relationship with this particular tradition. On one hand, it reminds her of her own and her son’s days of participating in deusi-bhailo. On the other hand, it also acts as a reality check that makes her realize how much time has gone by since she was a kid and that the years are passing her by. Hamal is quick to add that the nostalgia is something she enjoys, albeit sometimes with a heavy heart. She often finds herself comparing how Tihar is celebrated today with rituals back during her childhood.

Priest Uddhav Karmacharya claims that throughout the years the Nepali community has incorporated a lot of things into and has altered equally many things regarding the proceedings and celebrations of Tihar. He reveals that initially a lot of rituals that we now perform as “Tihar traditions” including putting seven different colors of tika on Bhai Tika weren’t the norm. 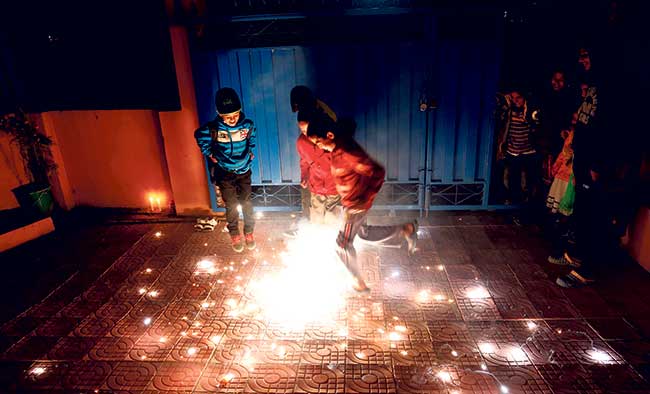 “Many things are added or disregarded where Tihar is concerned. We cannot call it a good or a bad thing because, like everything else in life, traditions also evolve and change,” claims Karmacharya. One area where he has strong views on is how some people celebrate (or don’t celebrate) festivals just because they like (or dislike) them. He is firmly opposed to that kind of attitude. He says that whether you like it or not, you must celebrate them, even if only to keep our culture intact.

However, there are people who don’t agree with Karmacharaya’s ideology. Nirlash Karki, for instance, was completely against the idea of celebrating events you don’t like just because they hold some religious or cultural importance. Karki, who claims to be indifferent towards Tihar, says Dashain is his favorite festival and adds that because Dashain is celebrated in such a huge scale Tihar as a festival feels so-so. However, he still celebrates Tihar with much aplomb even though he enjoyed it a lot more when he was kid. “I used to love playing with firecrackers. I have outgrown that and there’s also a sort of a ban on fireworks these days,” he adds.

Karmacharya reveals that fireworks are a delight especially during Laxmi puja because it falls during new moon when the sky is very dark. Seeing sparks of color up in the sky is something that makes him happy, he says. Hamal too states that she has always loved how colorful, bright and luminescence Tihar is as a festival. “Firecrackers aside, the whole city twinkles and glows during Tihar,” she adds.

Many people The Week spoke to also confessed that they liked going out on a drive around town during the evenings to see all the lit up buildings. 34-year-old Sashi Tuladhar claims to relish the evening drives she goes out on during Tihar. It’s something she looks forward to all day long, every day of the festival. “When night falls, I’m giddy with excitement. I’m either on the roof looking at my neighborhood or in the car with my head out of the window,” she says.

Echoing her sentiments is 41-year-old Niren Pandey who claims to be mesmerized with the lights and the general chaotic yet calm vibe of Tihar. If the entire day is spent doing a million chores – from cleaning the house to stringing garlands – as soon as night falls the city is swathed in lights complete with festive chants and ringing of bells. Pandey says he loves how his home comes alive, with his grandmother busy with prayers, cousins and nephews lighting up the oil lamps, and parents and aunts and uncles giving a zillion instructions to every family member. “It’s a festival for people of all ages. Everyone has a reason to be happy,” he concludes.

I like Tihar more than Dashain. Dashain is like a week-long break and you get bored after a day or... Read More...