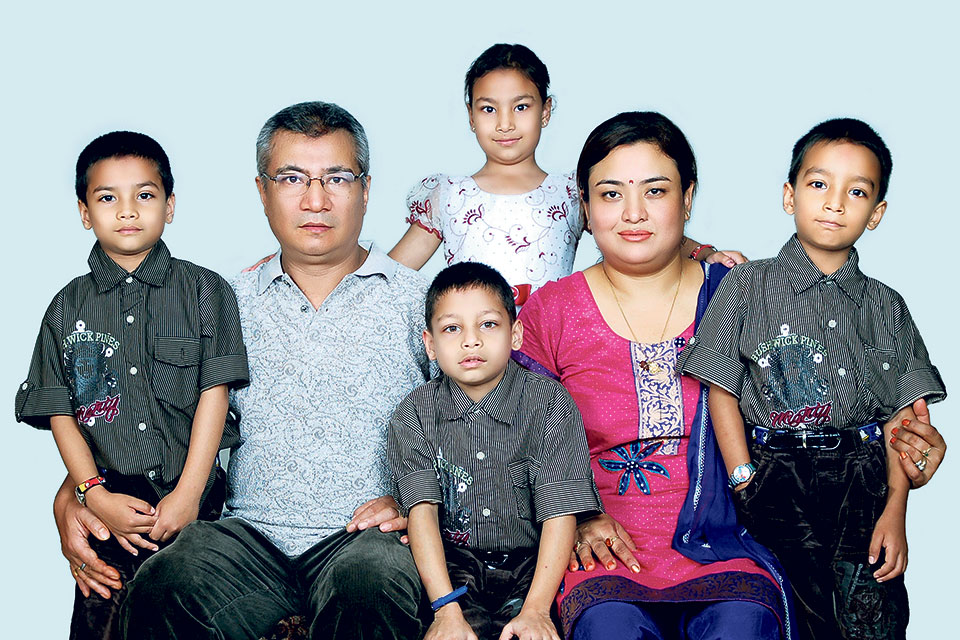 I’ve loved children for as long as I can remember. Even as a young girl, I would play with dolls pretending they were my own children. I would volunteer to take care of a child whose mother needed rest and I loved being surrounded by little children. They were, literally, small bundles of joy. Even back then I would imagine being a mother to my own children – the games we would play, the rides we would take, and the places we would go.

However, as an adult, I had difficulties conceiving, to my immense grief. Extensive medical treatment followed and I went everywhere that gave me a semblance of hope. I even tried for test tube babies but back then, 15 years ago, the trend had hardly come in Nepal and thus we couldn’t access it easily. We planned to travel to Delhi in India for an IVF but then heard of a doctor at Om Hospital in Chabahil, Kathmandu who could do the procedure. It was here that I had my IVF treatment and I held onto the last straws, praying that a miracle would finally happen.

Lady luck smiled and my prayers were answered and I was pregnant and had not one but four babies coming along. I realized that I would now be a mother to four children, when just some months ago I struggled to convince myself that the joys of motherhood would come to me too. My family members were naturally but unnecessarily alarmed. Birthing and raising four children quadrupled the efforts of raising one. They tried warning me of possible consequences and I gathered that I had to plan everything meticulously pre and post birth. I was apprehensive but also excited

And we welcomed three baby boys and a baby girl. We named our boys Pranaya Harsha, Prasana Harsha, and Pratik Harsha and our daughter was named Prasamsha. Today the four are 13 years old and can pretty much take care of themselves on their own, but I still remember with great clarity the days when, as infants, they depended on me for everything.

They were in the hospital for nearly two months. Having born prematurely they required extensive care. I remember not blinking an eye then. I would barely sleep. I would stay up all night watching over my children, cold worry gnawing at me. The risks were large and I dreaded every second of the two months. When they were brought home, it dawned on me that we needed all hands that we could get. I resigned from my job and hired four young girls to help me with the children.

Each day was invested in feeding, massaging, and caring for the children. I did not have a single moment of leisure during those days. Anyone visiting would be given a task, whether it was holding the baby or concocting the formula. There never were spare hands in our household.

As toddlers, the four needed watching over 24 hours a day. I would thus stay up all night doing so and sleep at six in the morning while my mother, who would wake up an hour before 6 am, took over. I would then wake up some five hours later, just before noon and resume the routine all over again.

It got easier as they neared their third year and I had them enrolled in a school. Their first day of school was just as important to me as it was to them. That was a day I had entirely to myself. It was the first day in three years that I was finally able to rest.

As little children they were allotted the largest of rooms, each with a separate bed. I had then noticed that siblings often shared infections and ailments when one contracted a virus. I concluded that it was because of close contact and sleeping arrangements. It was this realization that inspired me to separate their beddings and give them individual beds. They never shared clothes and even to this day remember clothes they wore when younger. Despite identical looking clothes of same color and design, they could still differentiate their clothes and how they did it is still a mystery to me.

They hardly got into any scuffles. They were one another’ best friends and continue to be so even today. Friends and relatives often comment on how the four are a team and that they need no one, for they have one another. Each day I see them growing up together and they seem to be happier than they had been just a day before. My heart leaps with joy when I see them, hold them, and hear their voices, and I know every mother feels the same when she sees her child. But I thank the heavens that I get to experience that joy four times over.