Dhading received Rs 2.24b in remittances in a year: Firm 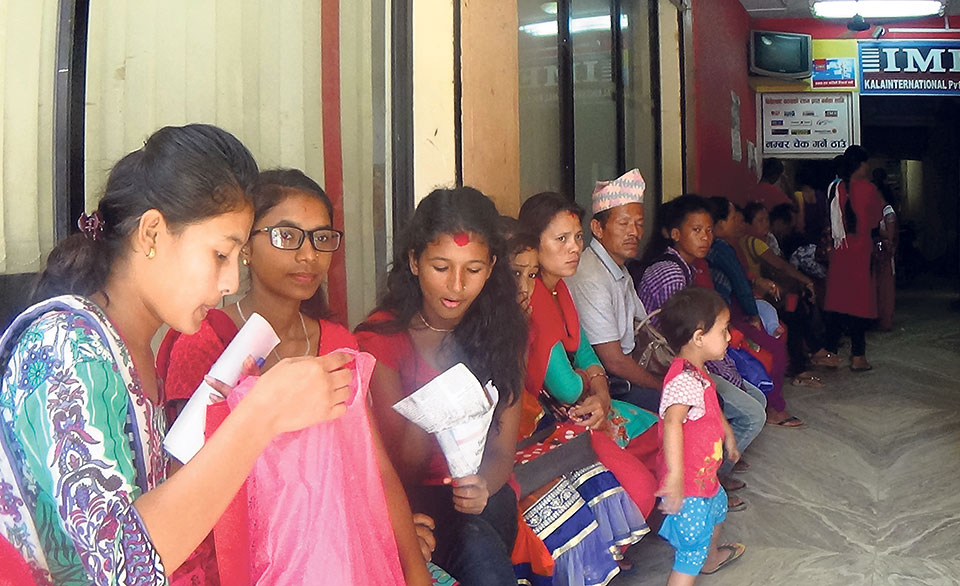 Customers waiting at a remittance agency in Dhading this week. Photo: Republica

DHADING, Oct 24: In a country that is highly dependent on remittances, Dhading district alone has received Rs 2.24 billion in remittances in a year.

According to Ram Chandra Giri, managing director of Dhading-based Kala International, a remittance agency, around 300 to 500 people visit his office every day to collect the remittances sent by their relatives in foreign countries.

“People from all over the district come to collect remittances. Most of the remittances comes from Malaysia,” said Giri.

According to figures maintained by the agency, locals of northern Dhading and settlements around the district headquarters collected the remittances worth Rs 2.24 billion in the fiscal year 2017/018.

Compared to the previous fiscal year, the remittance amount has increased by five percent. The fiscal year 2016/017 had recorded the total remittance of Rs 2.13 billion.

However, the figures do not include the remittances received by the settlements around the southern parts of the district and those along the highway. Locals in those areas usually collect the remittances from Kathmandu and through other remittance companies, according to Giri.

“Most of the remittances are sent by men to their wives. But, of late many are sending remittances to their parents also,” he added.

According to the Nepal Rastra Bank, Nepal has seen a decline in the remittances since the past few years.

‘Remittances a symptom of chronic problem’

KATHMANDU, May 24: The World Bank has said that the remittances and outmigration at a large-scale is accentuating existing challenges... Read More...