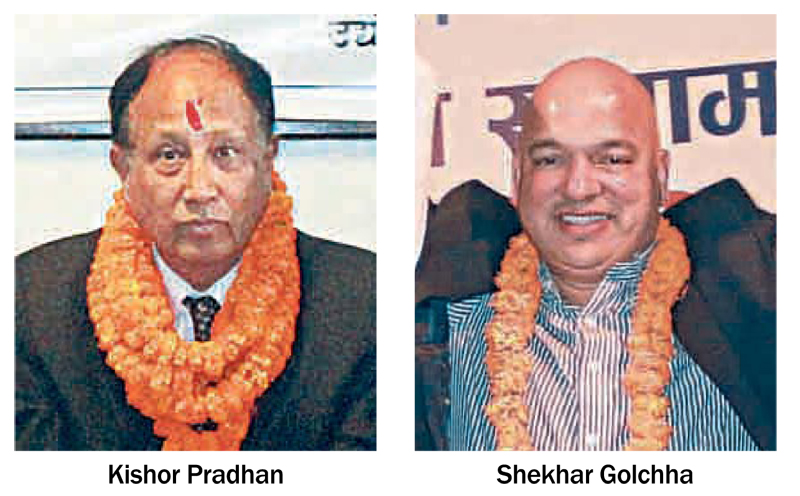 KATHMANDU, April 10: The 51st Annual General Meeting (AGM) of Federation of Nepalese Chambers of Commerce and Industry (FNCCI) is scheduled to kick off on Monday.

The election for these posts will be held on Tuesday, according to the AGM schedule of the FNCCI.

Prime Minister Pushpa Kamal Dahal is scheduled to inaugurate the AGM on Monday morning. Over 1,000 delegates from across the country are participating in the AGM.
Shekhar Golchha and Kishor Pradhan are contesting for the post of senior vice president. As the senior vice president will be president-in-waiting, both the candidates have formed separate panels to ensure their leadership in the private sector’s umbrella organization.

The efforts of the incumbent President Pashupati Murarka to elect the senior vice president unopposed are not yielding results. However, he told Republica that the efforts will continue till last minute of the election.

According to a new amendment to FNCCI Statute made in 2016, the senior vice president will be automatically elevated to the post of president after three years.

Shankar Prasad Pandey, Anup Bahadur Malla and Umesh Lal Shrestha are in race for the post of vice president in the Commodity category.

According to FNCCI, Chandra Prasad Dhakal will become vice president from the associate member category, as no one else has filed candidacy for the post.