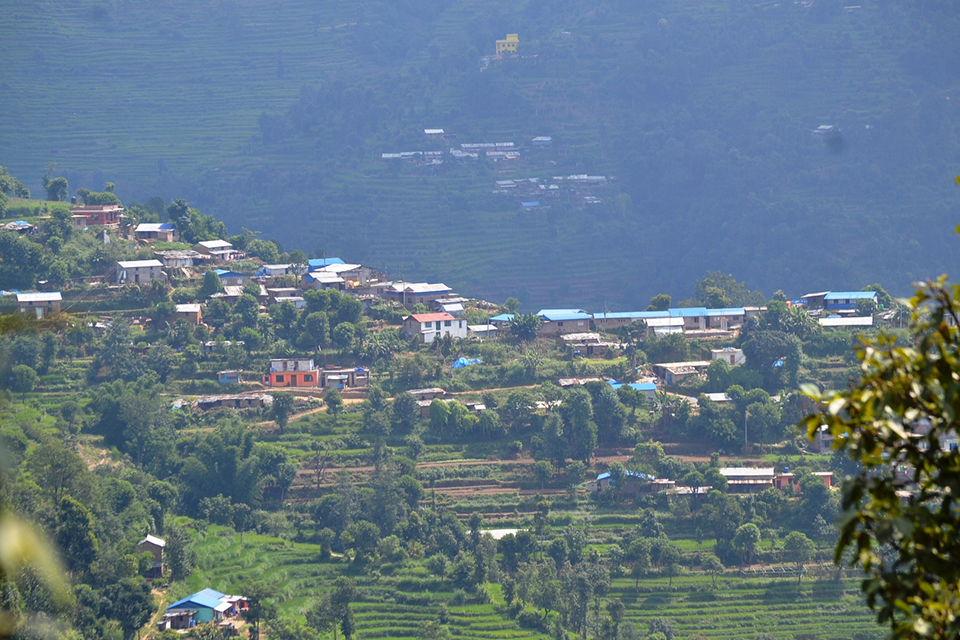 SINDHUPALCHOWK, Oct 3: The office of Ward No 5 of Chautara Sangachowk Municipality has started distributing housing reconstruction certificates to quake victims who have built their houses through the government grant.

Organizing a program on Tuesday, the ward office distributed the certificates to 128 service seekers who have completed the construction of their houses. Ward Chief Narman Shrestha informed Republica that those who built their houses based on the design approved by the municipality and as per the building codes of the National Reconstruction Authority (NRA) will get the certificates.

NRA has urged the wards to distribute such certificates to the service seekers after a go-ahead by technicians inspection of the reconstructed houses. Ward chief Shrestha informed Republica that 80% of houses have been reconstructed in the former Chautara VDC, which falls in the district headquarters now.

He further said that out of total 1,088 service seekers of the ward, 90% have received the second tranche of the reconstruction grant while 855 of them have been provided with the third tranche.

However, only 462 quake victims have got their house designs approved by the municipality. All these houses, which are currently in the last stage of construction, will soon receive the certificates after completion.

Earlier, 42 service seekers of ward no 14 of the same municipality were provided with the completion certificates. With this, Sindhupalchowk, the district most affected by the earthquake of 2015, is finally rising from the rubble.

DOLAKHA, Sept 29: Ancient temples, stupas and heritage sites were the life of Dolakha bazaar until a few years ago. All... Read More...