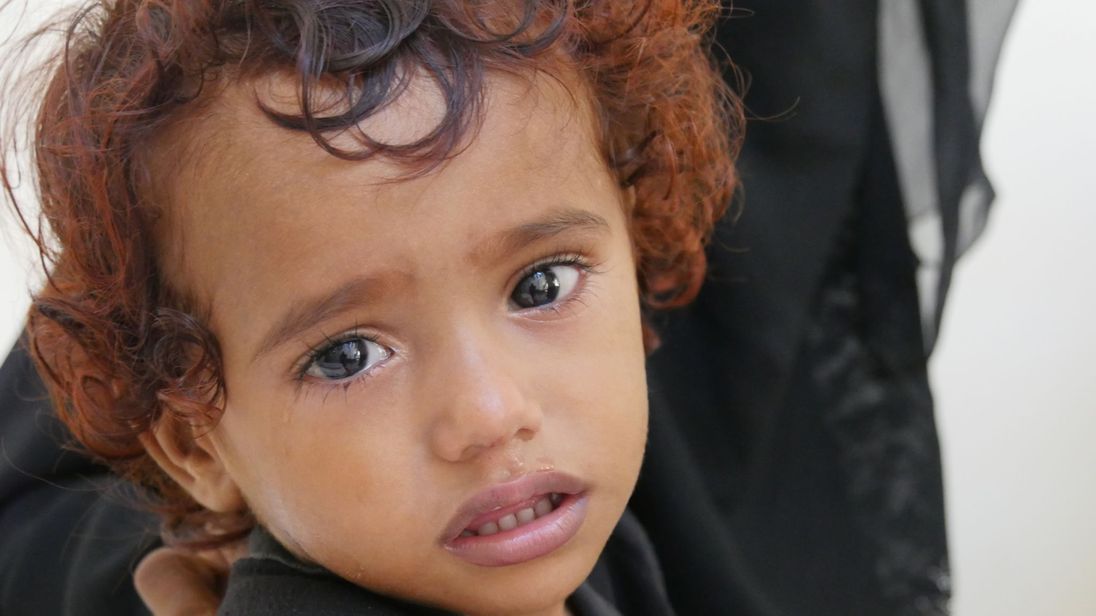 YEMEN, Oct 2: After a water facility was bombed in Yemen, suspected cases of cholera in the area have surged by 170% - causing easily avoidable deaths of civilians.

Within a month of the destruction of a sanitation facility and water station, suspected cholera cases in Hodeida almost doubled from 732 in July to 1,342 in August, as reported from Save the Children-supported health centres.

At the end of July, fears that a new cholera outbreak would swamp Hodeida were reported by Sky News.

Some 30% of all suspected cholera cases across Yemen are children under five years old, the World Health Organization (WHO) report.

Last month, just two days after *Salwa, 22, fell ill with cholera, her two-year-old son *Aseel was forced to join her in hospital after contracting the disease as well.

(*Names have been changed to protect identities) 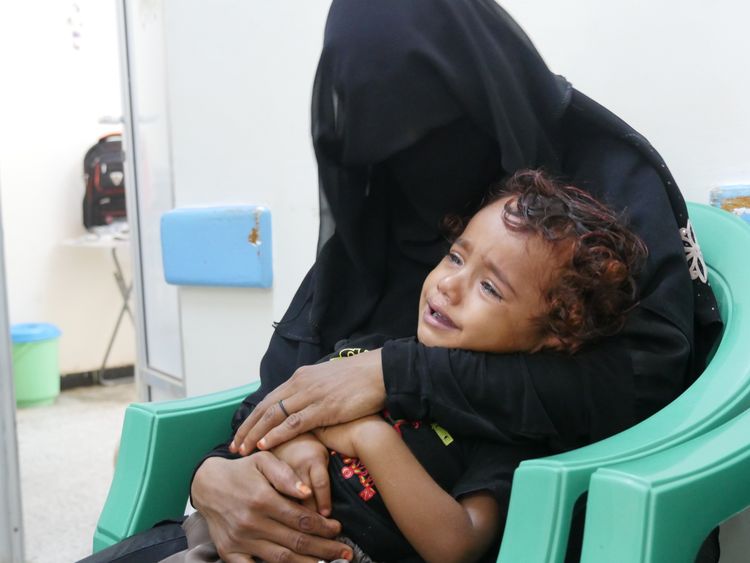 Image:Salwa says she is sure she passed the infected onto her son. Pic: Ali Ashwal / Save the Children

Salwa, who is four months pregnant, fears for the fate of her unborn child after contracting the infectious illness which causes diarrhea and vomiting.

When she first fell ill, she couldn't afford the 2000YR (£3) bus fare to hospital and had to wait until her father managed to rent a motorbike and brought her in critical condition to a Save the Children health clinic.

Salwa said: "Two days after I got sick, my two-year-old son got sick and joined me in the hospital. For sure, I infected him with cholera. We drink water from a well near our house.

"Our life before the war was prosperous but after the war our life changed because there is a lack of fuel.

"I am four months pregnant. When I got sick with cholera I felt worried that I’d lose my baby, especially with the current bad situation." 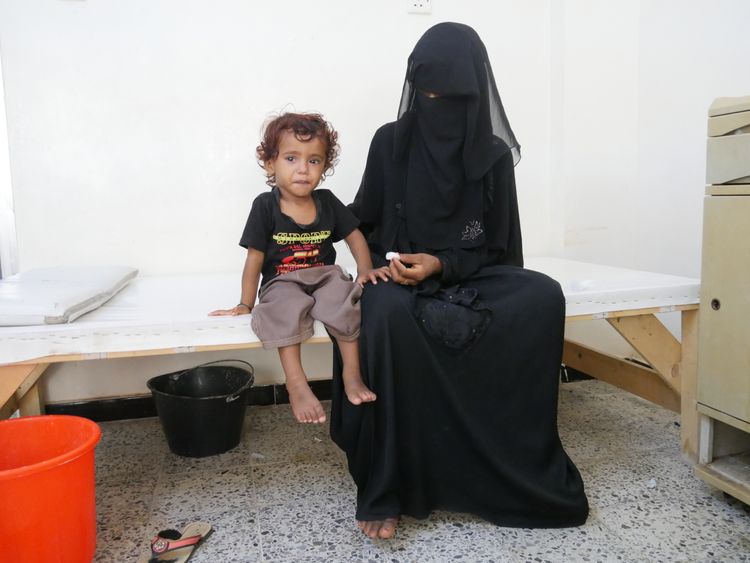 Image:22-year-old Salwa and her son Aseel both fell ill after drinking from a well near their home. Pic: Ali Ashwal / Save the Children

The rise in suspected cases in Hodeidah follows the increase in fighting since June.

Saudi Arabia and allies have been fighting in Yemen for nearly four years against the Iran-backed Houthis, who control much of northern Yemen including the capital Sanaa and drove a Saudi-backed government into exile in 2014.

The UN reports that Hodeidah is home to nearly 100,000 severely malnourished children, more than a quarter of Yemen’s total.

Speaking from Hodeidah, Dr Mariam Aldogani, Save the Children’s Hodeidah field manager, said: “The situation in Hodeidah has become unbearable because of the conflict. Image:Malnourished children, such as this child in Hodeidah, are likely to die if they contract cholera

"I met one mother of two who has acute diarrhoea and she told me her whole family is affected because they don’t have access to clean water any more.

"They all drink from an open well and don’t even have enough money to buy cooking gas needed to boil the contaminated water they collect.

"Her husband hasn’t been paid a salary since last year.

"She knows she’s putting her children’s health at risk. But what can she do when they cry from thirst? So they just drink, and hope for the best.”

Cholera is transmitted through contaminated food or water. Access to clean water is crucial for bringing a cholera outbreak under control.

Patients are treated with rehydration and antibiotics.

In August, Britain expressed "deep concern" when at least 50 people were killed in the attack on a market in Saada.

More than half of the victims were children as one missile hit a school bus.

Over half a million people have been displaced from their homes in Hodeidah since June, according to UN figures.

Yemen is the world's worst humanitarian crisis, with more than 22.2 million people in need of assistance.

Tiwari is new DG of Department of Industry
14 hours ago

NMA to provide relief to 3,000 tourism workers
14 hours ago