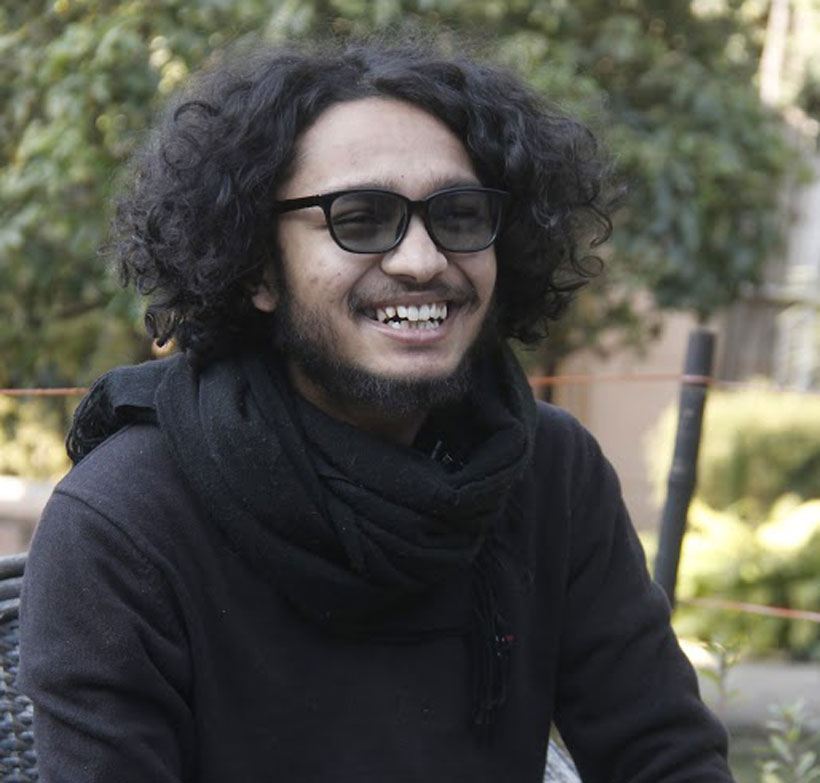 Rohit John Chettri became an overnight sensation with his breakout song ‘Bistarai Bistarai’ in 2013. Since its release, the song has gained more than 2.5 million views on YouTube and has launched many cover versions (even popular Nepali actress Namrata Shrestha has put out her version).

While most of the up and coming singers are dwarfed by their initial success, Chettri has proved that he’s here for a long run. And this testament was evident when it was revealed that Chettri would replace Adrian Pradhan as the new frontman of 1974 AD. The band with its new lineup recently released its ninth studio album ‘Hazaar Sapana’.

Within three years, the bespectacled and spiral haired Chettri has transformed from a viral singer to the lead vocalist of one of the most cherished musical treasures of the country. Here the singer/songwriter shares few lesser known things about him.

He loves to play video games.
He’s says that when he’s not composing songs, he is always playing video games on his Xbox. His favorites include FIFA series, the action-adventure series ‘Uncharted 4’ and Grand Theft Auto. “Playing video games grew as a hobby but now it’s a great way to refresh my mind,” he says.

He enjoys cooking.
“My other talent lies in cooking,” he reveals. Not a regular cook but whenever the occasion demands, he has no problem putting his guitar aside and heading straight to the kitchen to put his cooking hat. Pastas and chicken varieties are his specialties.

He has a soft spot for movies with happy endings.
A big movie freak, he watches all sorts of movies but has a special preference for movies with happy endings. “If a movie has an uplifting climax, it will stay with me,” he says. Though he can’t pinpoint his best films, Leonardo DiCaprio’s ‘Wolf of Wall Street’ and ‘Catch Me If You Can’ are some of the movies he has loved watching.

He’s a dog lover.
He’s a true dog lover and has two dogs at his home. His love for them is not only restricted to his pets because he equally cares about street dogs. “I always keep biscuits with me to give it to street dogs,” he says. He also is an active campaigner for the welfare of street dogs and runs a Facebook page ‘We for Stray Animal (Nepal)’ to encourage people to adopt street dogs.