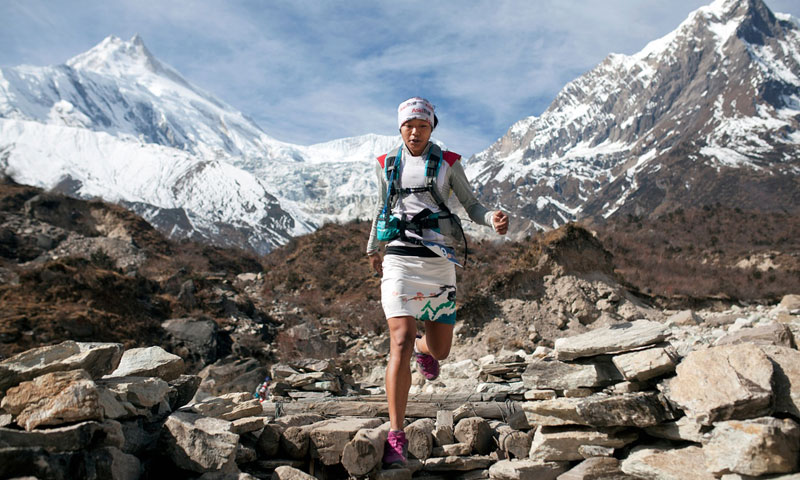 Mira Rai is one of the most famous athletes and trail runners of Nepal. Originally from a remote village in Bhojpur, she made this far despite limited opportunity. Her journey as a trail runner began with her participation in the Himalayan Outdoor ultra-run in 2014, where she won the first international Sellaronda Trail Race in Italy in 2014 and has participated in about 20 national and international trail race competitions till date. Setting a new record in Mont. Blanc 80km race in 2015, Mira has been named the 2017 National Geographic People’s Choice Adventurer of the Year.
Republica’s Sonam Lama caught up with Mira Rai to talk about the five things that many not know about her.

A total adventurer
Mira shouldered her work responsibility at a very early age which made her the bread winner of the family. She ventured out on her journey and ended up growing interest for adventure. After she won the international trail race in Italy for the first time in 2014, her passion for adventure paved the way, ultimately visiting 15 countries.

An active social worker
A leg injury in early 2016 forced Mira to undergo surgery, taking some months off running. She has been an active social worker while being in a recovery and encouraging others to run by organizing the first ever running race in her home village, Bhojpur. She has also been raising funds for the young running enthusiasts in various remote areas of Nepal.

Alisha Rai is an aspiring film artist. She started her career at the age of 16 and has been featured... Read More...

KMC to run free ambulance service during Dashain
43 minutes ago