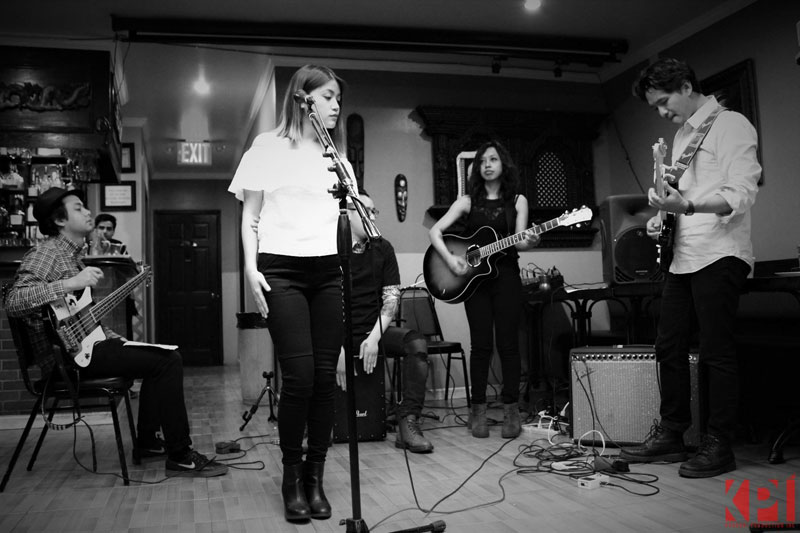 Bartika Eam Rai is an aspiring Nepali musicians currently living at New York. She discovered singing as a ten-year old while a student at Budhanilkantha School. Post SLC, she learned Eastern Vocals with Gurudev Kaamat for two months. Her journey officially began in 2011. She launched her first official music album titled Bimbaakash on March 2016.
She reveals with Prasuma Rawal of Republica five things about her that many may not know.

Mother-her biggest motivation
“My Aamaji helped me to record my debut song when I was around 15 years old,” says Bartika. She says her mother has always been number one roadie and critic. Her mother traced the songwriter, the composer, managed the arrangements and the studio entirely on her own. Even though it was a love song which she had no interest in, her mother got her a leave from the boarding school. She adds that this confession is only two percent of how much her mother encourages her.

Multiple competencies
Bartika isn’t only involved in musical projects but has versatile abilities. She has always been a hardworking person. She never wanted to stay idle and started working right after SLC. Her first paid job was of a primary grade teacher-assistant at United School. Among many jobs that she has done throughout the years are teaching A-level students, writing for magazines, hosting shows in Gorkha FM, producing short films with a group of friends under ‘Namaste Ent’, waiting tables in New York, singing old Hindi songs in restaurants and working as an accountant.

Enthusiast of Naseeruddin Shah
She says that she has had a somewhat tragic one-sided love with Naseeruddin Shah since early years. She has been following his works religiously and also takes comments on him personally. It has been a dream for her to attend one of his workshops. Bartika states further that even if he isn’t aware of her existence she wants to work with Shah someday. It doesn’t matter if it’ll happen as a screenwriter, junior artist, co-actor, spot-boy, director or even a light-boy; she says she’ll always be open to the offer.

Eam is a tribute to her father
One evening when her father had come to pick her up from boarding school, her house warden was asking her what she wanted to be in future. When she replied that her aim was to be an astronaut her father had interrupted and replied, “She is going to be an artist when she grows up.” She had been wondering that because she couldn’t even draw at the time. That was when she understood the meaning of being an artist and her artistic middle name ‘Eam’ is actually her father’s name which she kept as gratitude to her dad and for everything that she never got to thank him for.

Always been passionate about writing
Bartika started applying to be a writer since she was 14 years old. She is confident that all the major media houses in Kathmandu can find her job application request in their outdated inboxes. She finally got one of her article published at the age of 16 and an internship at 19. She has written many incomplete novels and the furthest she reached in one plot was Chapter 11.

Bartika adds that there’s still a circulating joke in her family about that. She has also auditioned for theaters but never got selected. She once cried a lot for not being chosen in her final year School Play. She jokes that she had declared a promise to friends saying, “As soon as I am out of this boarding school nonsense, I am going to join Gurukul and be the finest actor that the history has ever seen. The English Department will regret this decision forever.”

KATHMANDU, August 20: Idea, also the narrative, for ‘Bimbaakash’ album came to be in 2012 when Bartika Eam Rai moved... Read More...

Man dies after choking on piece of meat
49 minutes ago

Nearly 15,000 goats sacrificed at Rajdevi temple in Janakpur
55 minutes ago