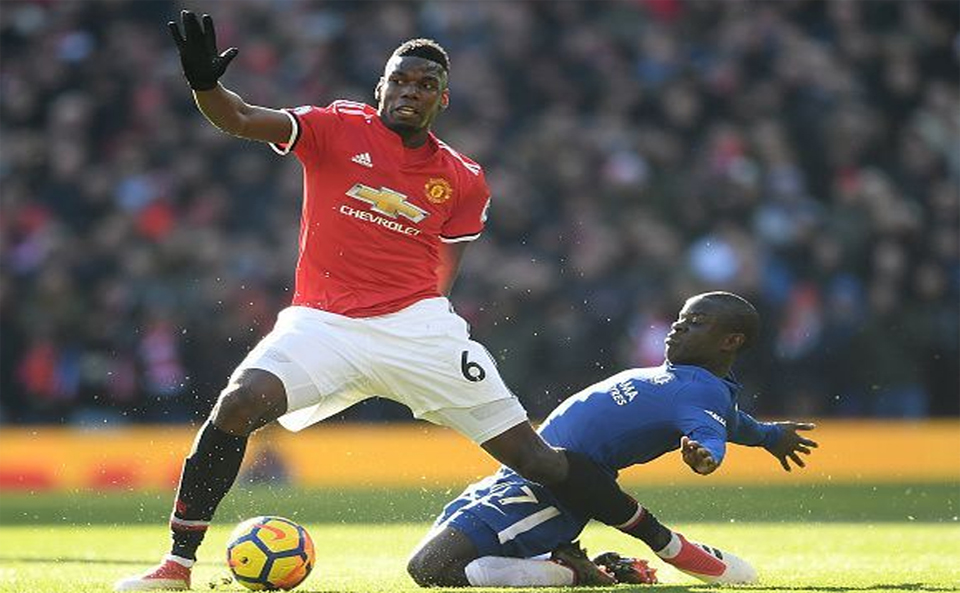 Here we take a look at the key reasons why Barcelona will knock Chelsea out of the 2017-18 UCL.

Chelsea travels to Camp Nou to play their most important game of the season. Trailing table-toppers Manchester City by 25 points on the Premier League table, a bad result in the round of 16 second-leg fixture at the Camp Nou may end Antonio Conte’s Chelsea reign.

The round of 16 first-leg ties at Stamford Bridge ended in a 1-1 draw and both teams go into the game fancying their chances of qualification to the quarter-finals. Both managers have some tough choices to make as they choose their starting eleven.

Last time Barcelona played Chelsea at the Camp Nou was in 2012, the game ended in a 2-2 draw. Without much ado, let’s take a look at the key reasons Barcelona will knock Chelsea out of the UEFA Champions League.

#5 Chelsea’s abysmal form at the moment

Chelsea is going through a tough period in Antonio Conte’s managerial career at Stamford Bridge. Though they had a decent start to the 2017-18 season, their form in 2018 so far has been very poor.

They have lost to Manchester City and Manchester United in their last 2 games. They were thrashed 0-3 at Stamford Bridge by Bournemouth and Watford destroyed Antonio Conte’s men 4-1 at Vicarage Road.

In the last 9 UEFA Champions League and Premier League games combined, the Blues have only won only 2 games, losing 4 of them. Their current form has pushed them to 5th place on the Premier League table, 5 points adrift of the 4th placed Tottenham Hotspur.

Over the years, the Catalan side has not been known for their defensive stability. However, things have changed since the arrival of Ernesto Valverde. Barcelona is yet to lose a game this season in La Liga and the UEFA Champions League, and have been absolutely brilliant at the back.

The emergence of Samuel Umtiti has played a huge part in their defensive solidity. Also, the contribution of Marc-André ter Stegen cannot be ignored. The German international goalkeeper has been superb for Barcelona this season. Sergi Roberto, Jordi Alba, and Gerard Pique complete a formidable Barcelona backline.

The two-time Premier League champion with Leicester City and Chelsea is having a poor 2017-18 campaign. He was the best midfielder in Premier League for the last 2 seasons but certainly not in 2017-18. He looks tired and definitely isn't playing his best football at the moment.

The stats clearly show N'Golo Kante's waning influence in the Chelsea midfield at the moment. Also, the Blues midfielder fainted in Chelsea's training session last week and may not be 100% fit for the clash against FC Barcelona next week.

The Catalan giants have been really impressive under the stewardship of Ernesto Valverde. They are unbeaten this campaign and on top of that, they are dangerously ruthless at the Camp Nou. They are playing sublime football in front of their home fans at the moment.

In 20 games at the Camp Nou this season, the Catalan giants have won 18 and drawn the other 2. They have defeated Juventus, Atletico Madrid, Valencia, and Sevilla convincingly at home this season. Only Getafe and Celta Vigo came out with a point from the Camp Nou in 2017-18.

On the other hand, the Blues away form has been absolutely dreadful in 2018. Antonio Conte’s men have won only one away game in 2018, having played 7. They lost four of them and drew the remaining two.

When Chelsea defeated Barcelona in 2012 at Stamford Bridge 1-0 and drew 2-2 at Camp Nou, they had arguably two of the most prolific strikers in the world then, Didier Drogba and Fernando Torres.

Although Alvaro Morata started well at Stamford Bridge, he waned off as the season progressed. He has been goalless in his last 6 appearances and has scored only 4 in his last 17 appearances for Chelsea. Olivier Giroud arrived at the Bridge during the January transfer window, but Conte did not deem it fit to count on him in the first leg. Eden Hazard was used as a false 9 instead and we expect more of the same second time around.

Suarez has hit form at the right moment and is scoring for fun right now. The Uruguayan has scored 17 goals in his last 16 appearances for Barcelona. And finally, the little magician from Argentina is at his usual best this season and we can expect him to steer Barcelona’s ship in the right direction once again.

Barcelona and Chelsea prepare for another nerve-wracking encounter

KATHMANDU, Feb 20: Barcelona travels to the Stamford Bridge on Tuesday for the first leg of their round of 16... Read More...

Gold price increases by Rs 500 per tola
25 minutes ago