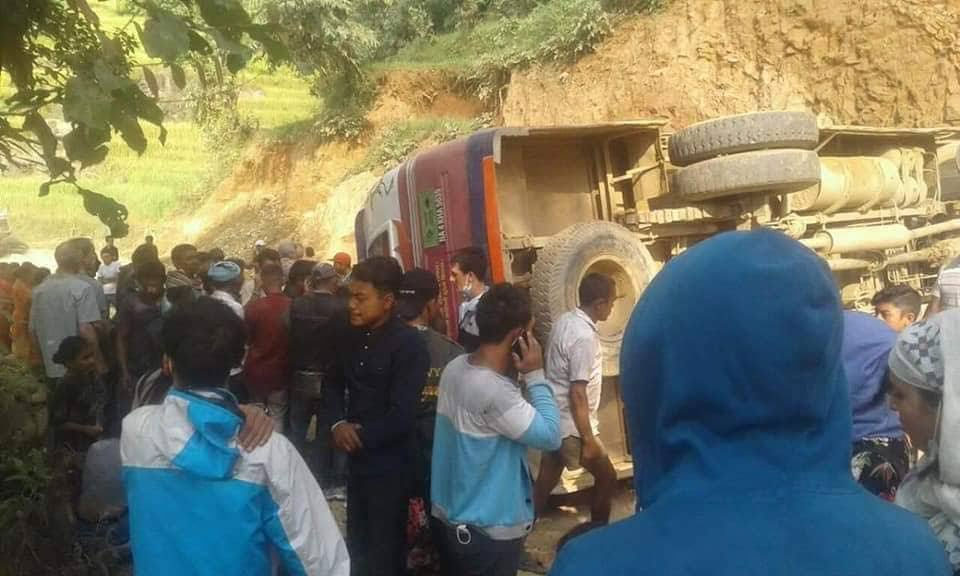 The bus with the registration number Na 4 Kha 5639 was heading to Arughat from district headquarters Dhadingbensi when the accident occurred.

The condition of Kasai among those injured is said to be critical, said police. He has received a deep cut in his leg.

DHADING, Sept 4: Muktikala Lamichhane of Gajuri Rural Municipality-1 could not believe her eyes when she turned the pages of her... Read More...

Hearing on case against Madhav Nepal, Speaker prolonged
11 hours ago

IN PHOTOS: People exchanging old banknotes with new ones at NRB
6 hours ago