5 future-proof jobs you should consider retraining for in 2019 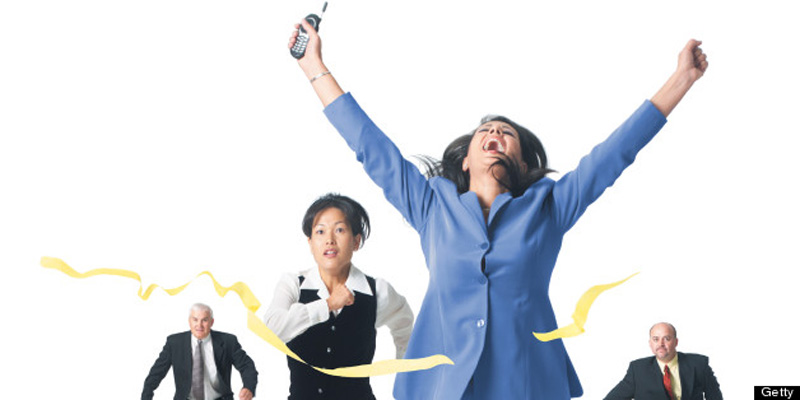 The new year is a time when many of us ponder a career change, but with automation and declining industries threatening many roles, how can you be sure you’re considering future-proof jobs?

Technology is set to both directly and indirectly transform the job market over the next two decades, as individual roles are replaced by software and changes in the nature of the market see industries rise and fall.

However, it is not true that the overall number of jobs available will reduce. In a report published earlier this year by PwC, it was found that the number of jobs will remain more-or-less the same as a result of the advent of artificial intelligence, although which industries jobs existed in would shift dramatically.

In other words, many of us will need to switch careers to remain employed, and if you’re considering a career change, now is the time to select one of the more future-proof jobs to ensure you don’t have to switch again.

So what jobs will keep you employed? We look at the positions best-placed to withstand the onslaught of automation.

There are few careers with a 0% unemployment rate worldwide, but cybersecurity is one of them, making it one of the best sources of future-proof jobs out there.

Every year the number of positions increases as the threats to both businesses and government grow, while the workforce remains relatively static. As a result, not only is there a widening skills gap, but pay in the field is rising significantly above UK averages.

What’s more, with Brexit set to see the number of migrants coming from the EU slashed, the pool of skilled candidates is expected to shrink, making this a field with significant long-term opportunities for candidates.

Cybersecurity isn’t for everyone, but if you have interest and some aptitude with computers and a logical mindset, there’s a good chance you could make this field work for you.

There are a host of entry level positions for those with little-to-no experience, as well as numerous online and offline courses if you want to acquire qualifications before you dive into the cybersecurity workforce. Alternatively, if you have some experience in a related area, you may find you can move sideways into a more senior position.

While automation is set to see traditional jobs replaced by technology, nursing and the wider healthcare field will see a growing number of job openings in the next few years. This is largely due to the ageing population and the associated increased demands on healthcare bodies such as the NHS.

As a result, shortages among nurses, carers and other support staff are set to grow, particularly given the reduction of staff coming to the UK from the EU. And while this doesn’t guarantee fantastic salaries, it certainly means you won’t be short of a job anytime soon.

Most healthcare fields require some form of professional qualification, which is usually obtained via university, although there are some positions which can be entered with limited previous experience.

The UK construction industry has been struggling to attract new talent for some time, with workers from the EU increasingly filling the void.

However, there is still a shortage of skilled workers, with the Federation of Master Builders reporting that 44% of house builders see the shortage as a barrier to building new homes.

This is only set to worsen in the coming years, particularly as house building targets rise in response to the UK’s growing housing crisis.And while there are efforts to automate the construction process, these are many years away from becoming widespread.

Niche skills, such as plumbing and roofing are in particularly high demand, as are female tradespeople.

There are some entry level jobs in the construction field, while other positions will accept transferable skills. The industry also has a relatively large number of apprenteships for those wanting to learn on the job.

Education roles continue to be on the rise, particularly in post-secondary education where an increased number of positions are being driven by a growing demand for degrees.

Increased numbers of young people are also growing the number of school places, and with no serious automation plans in place, there is no sign that these jobs are going anywhere.

While private schools often do not require a formal teaching degree in addition to a conventional one, you will need a teaching qualification for most positions.

However, with the country facing a shortage of teachers there are accelerated courses many of which can be supported by a tax-free bursary or scholarship, while some schemes even allow you to earn a salary while you train.

With artificial intelligence causing much of the upcoming job displacement, it is perhaps no surprise that AI is an area with a serious skills gap, making it a prime choice for those on the look out for future-proof jobs.

The number of roles being created is surging dramatically, and with far more development to come as continued industry interest, it is highly unlikely that this will wane in the future, particular with the government’s focus on the technology as a key area for the UK post-Brexit.

However, AI is a challenging field that is not for everyone, with most people who go into it having some experience with software development first. If you are interested, self-teaching using online resources is recommended, although there are also university courses available.

French restaurant serves up food of the future: insects

Laurent Veyet's tasting menu is not for the faint-hearted, but may point to the future of feeding a booming world... Read More...

The government of Nepal has barred its workers from coming to Malaysia with immediate effect. ... Read More...

Arjun Tamang can be seen performing errands at ‘Welcome Cafe’, Bhrikutimandap. He is 18 years old, and also works as... Read More...