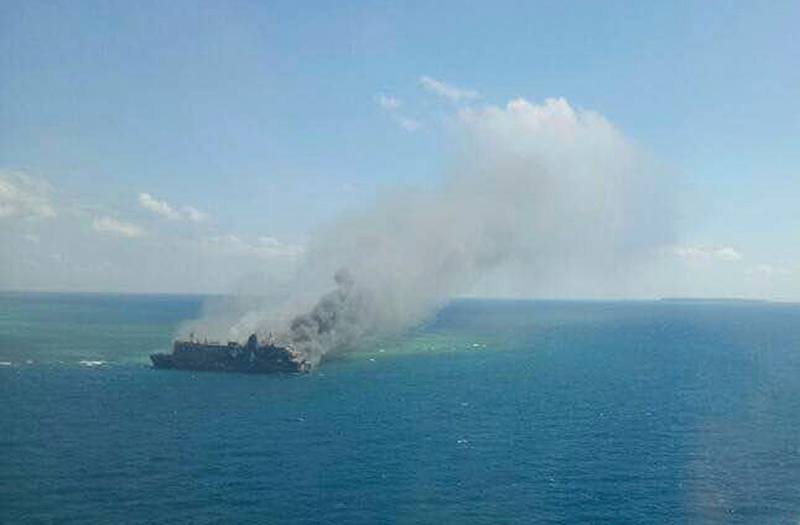 JAKARTA, Indonesia, May 20:  A search for survivors of a ferry that caught fire in the Java Sea, killing five people, has been suspended for the night, an Indonesian search and rescue official said Saturday.

The national search and rescue agency's operations director, Ivan Ahmad Riski, said 193 people have been rescued. The number of missing was unclear.

The agency's initial figure for the number of people aboard, apparently based on the vessel's manifest, was 178. It is not uncommon for ferries, a regular form of transport in the Indonesian archipelago, to be overcrowded or to carry more passengers than declared.

The accident happened on Friday night about 3 kilometers (2 miles) from Masalembo Island. A nearby ship went to the aid of the stricken ferry, which was also carrying many cars and trucks.

Riski said survivors told authorities that the fire started on the ferry's vehicle deck and spread uncontrollably, forcing the captain to order all on board to abandon ship. In panic, some people jumped into the sea without wearing lifejackets or waiting for lifeboats, they said, according to Riski.

Two helicopters and several ships searched for survivors throughout Saturday.

JAKARTA, Indonesia, Jan 1: At least 23 people were killed and 17 others were missing after a ferry caught fire... Read More...