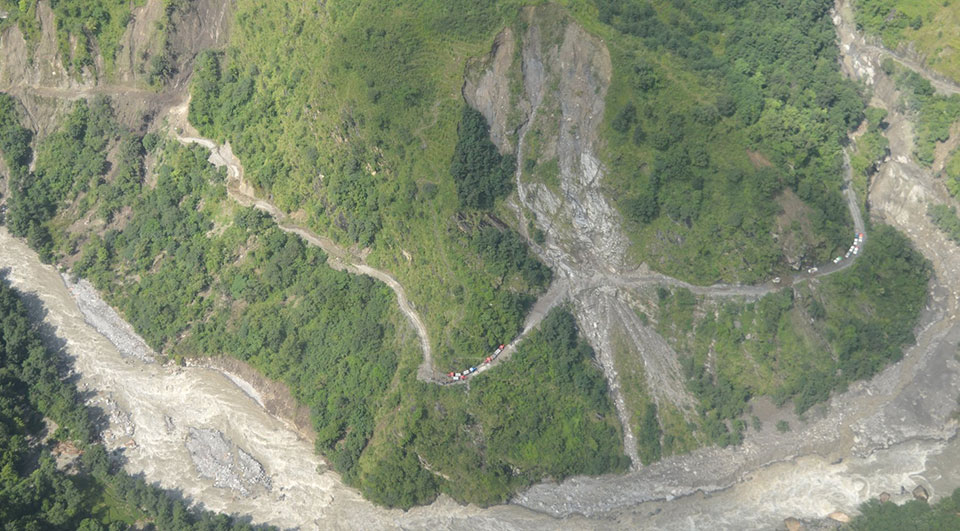 LAMJUNG, Sept 14:  The Lamjung-Manang road section has been disrupted with landslides hitting it badly at several points from Besisahar to Chyame.

The route has been damaged by mudslides and flood at various places. It is expected to take one month to restore it. Lamjung Chief District Officer, Jhankanath Dhakal, said the Road Division Office here has been already directed to begin the repair works.

The Kharkhare section at Besisahar-6, Arkhale at Marsyangdi-3, Ghopte Cliff at Marsyangdi-4, Shreeechaur and Chyame have been largely affected by landslides while flash floods from the Arkhale and Topro rivers eroded the road from different points.

The flash floods swept away one tractor and three motorcycles, causing damages to a truck and two jeeps. Vehicles en route to Manang from Lamjung and vice-versa have been left stranded midway, said transport entrepreneur Bipin Shrestha. A joint security team from the Nepal Police and Nepal Army rescued over 30 passengers Thursday.

A problem has arisen to transport goods to Manang, the district in the Gandaki province which is known as the district beyond the Himalaya. Landslides since yesterday have made the people's movement difficult and risky, said one Padam Gurung of Taghring. RSS 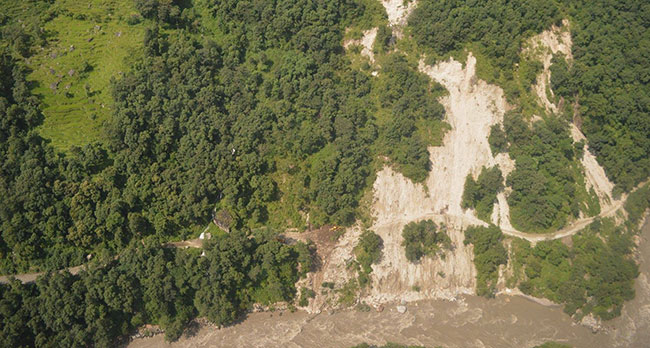 KATHMANDU, July 15: The Ministry of Federal Affairs and General Administration has directed the chief administrative officers of all 753... Read More...